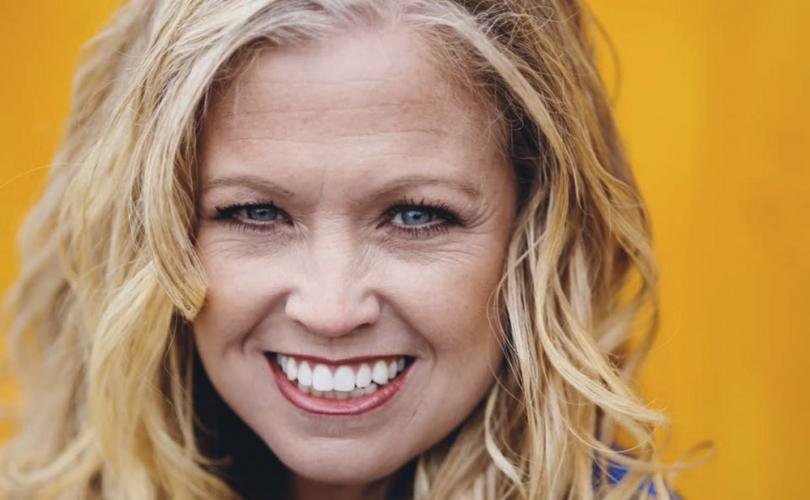 WASHINGTON DC, May 11, 2018 (LifeSiteNews) – Elizabeth Johnston, better known as the “Activist Mommy,” came to Washington, DC to address what she calls, “one of the most marginalized and censored groups in our culture:  The ex-homosexual.”

Johnson spoke to a crowd of about 80 mostly former homosexual and transexual millenials who had come to the Nation’s Capital last weekend for the first annual “Freedom March,” the brainchild of Jeffrey McCall, a young man who had once lived as a woman.

“I am pro-choice,” announced Johnson, co-opting one of the sacred mantras of the sexual revolution, and turning it on its head.  “I believe people who choose to engage in homosexual sin also have the right to choose not to engage in homosexuality.  And they have the choice to seek therapy for their unnatural and unwanted desires.”

“I am tolerant,” she added.  “I want homosexuals to have the freedom to speak their mind and beliefs.  And I believe those who believe homosexuality is a sin against God also have the right––under God and under our First Amendment––to speak our beliefs.”

Earlier during the jubilant, prayerful rally on the grounds of the Washington Monument, those gathered were treated to one powerful testimony after another by former gays, lesbians, and transexuals who had discovered transformative power in Jesus Christ.  These folks spoke not of “conversion therapy” but of conversion to Christ and of finding new life in Him.

“Why does the LGBT community want to silence these beautiful stories?” asked Johnson.  “Because the stories of these overcomers are the death blow to the lie that homosexuals were born that way, and they cannot change.”

Johnson called the event “an extremely important, groundbreaking moment,” and said that the litany of testimonials “give us hope that freedom is possible in a world awash with gender confusion and sexual addiction.”

And now there is also war on those who identify as ex-gay and ex-transgendered.

“We are in the midst of an unprecedented battle in this nation,” she added,” and the supporters of the now decades-old sexual revolution are trying to punish those who have opposing views.

“We need to harden up, soldiers,” proclaimed Johnson.  “It’s time for us to harden up––not in a bad way; keep a soft heart––but harden up against the persecution.”

“You’ve experienced it,” said Johnson to the young ex-LGBT crowd, speaking of the sometimes vile and vitrollic silencing techniques of those who seek to squash the Freedom Marchers.

Barrage of vitriol against the Ex-LGBT group

As if to underscore Johnson’s point, the Freedom Marchers were subjected to invective from the pro-LGBT world.

In advance of the event, the Southern Poverty Law Center (SPLC) cited the Freedom March in its weekly “Anti-LGBT roundup of events and activities,” in its infamous “Hatewatch” blog “that monitors and exposes the activities of the American radical right.”

Yet there was no talk of politics at the event, and the gathering of racially diverse young people was hardly a “Young Republicans” meeting.  Interestingly, the Freedom Marchers are far more racially diverse than either the SPLC leadership team or its board of directors, perhaps revealing pervasive “unconscious racism” at the top of the once admirable organization.

LGBT media ridiculed and denounced the event.  New Civil rights Movement quotes those who oppose “the concept of being ‘ex-gay’ or ‘formerly LGBT,’ because it's not possible, and actually harmful.”

Activist Mommy: 'We need to get louder than ever.'

“They’ve been so kind, so gracious, so loving and patient,’ she added. “It’s been such a beautiful, beautiful testimony.