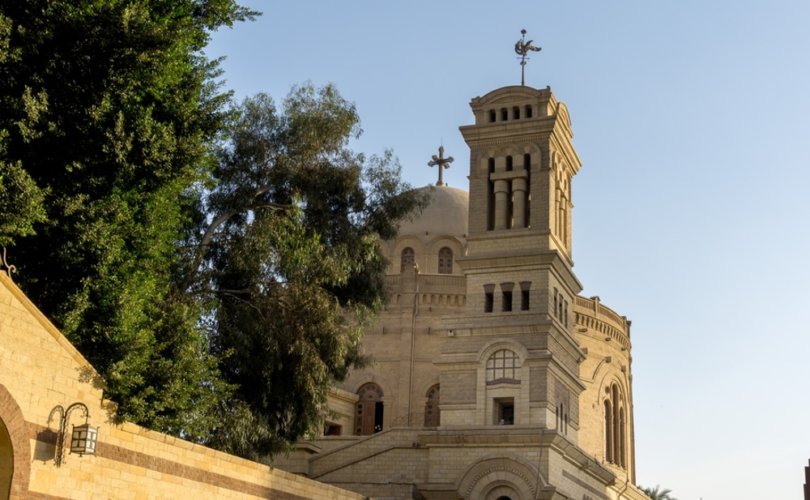 CAIRO, Egypt, January 2, 2018 (LifeSiteNews) – A brave Coptic mother sacrificed her life to save her two daughters during the December 29 terrorist attack targeting Christians at a church in Cairo.

Nermin Sadik, 32, pushed her daughters, Nesma, 11, and Karin, 7, away when she saw the gunman at Saint Mina Coptic Church. Sadik then fell to the ground.

“After falling, the terrorist looked angrily at a necklace on my mother’s neck and then took out a weapon and fired several bullets at us,” Sadik’s elder daughter Nesma, said. “One of them hit my mother.”

Nesma said that the terrorist tried to kill her and her sister, but as the girls’ mother died, she held her daughters in her arms to protect them from the gunfire.

Sadik was a nurse, EgyptToday.com reports.

“She was affectionate for everyone,” her husband said, “and she liked to help without charge.”

An estimated ten people were killed and nine injured in the December 29 attack on dozens of Christian worshippers in the Helwan district south of Cairo.

The shooting began at the church entrance just after Mass ended that morning, The Tablet reports, and dozens of children attending Sunday school were rushed upstairs out of range.

Reports on the casualties and number of attackers have varied, a BBC report said.

The gunman and a reported accomplice were thwarted from entering the church by the quick closure of an iron entrance gate when the gunfire began. Police exchanged fire with them out front for about 15 minutes.

A Muslim policeman was among the dead.

One of the church attackers also had an explosive device, a machine gun and 150 rounds.

“The security forces were able to capture one of the attackers after shooting him, and managed to defuse an explosive belt that was fastened around the militant's chest, while the other one fled the scene,” a statement by the Ministry of Interior said.

The church was under police guard in anticipation of the coming Orthodox Christmas celebration January 7, and the attack has prompted further heightening of security around area churches.

The Islamic State (IS) claimed responsibility, according to the BBC, the terror group saying its “soldiers” carried out the church attack.

Coptic Christians comprise most of the Christian minority population of Egypt – 10% of the Muslim-majority country.

More than 100 Christians were killed in Egypt last year, the BBC said, including a Coptic Orthodox priest who was stabbed to death in Cairo in October.

Most of the attacks have been claimed by the local IS branch.

At least 45 people died in two attacks on Coptic churches on Palm Sunday 2017.

Prior to that, a bomb attack on Cairo’s main Coptic cathedral in December 2016 killed at least 25.

Some 29 Copts were killed on a bus traveling to a monastery in central Egypt last May.

The Christians in the May bus massacre were murdered one by one after refusing to renounce their faith.

Accounts surfaced after that attack as well of parents saving their children by shielding them from bullets with their bodies or otherwise protecting them in the midst of the attack.