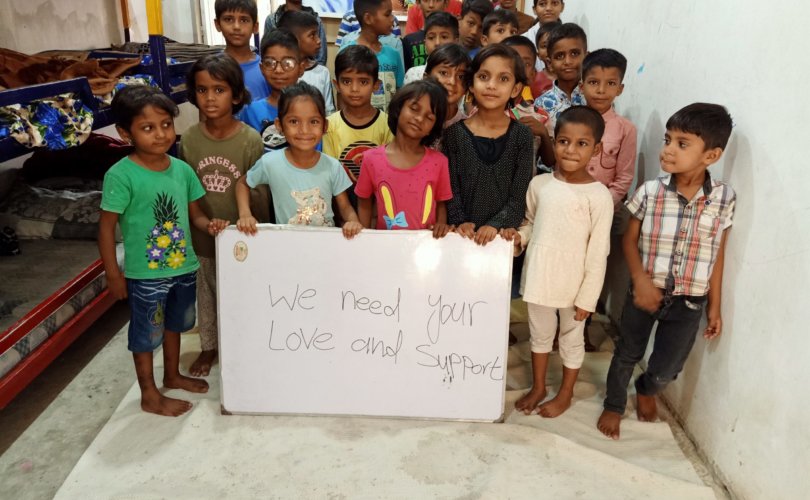 (LifeSiteNews) – It has been eight years since the twin suicide bombing of All Saints Church in Peshawar, Pakistan by Taliban-linked Islamists, but many Christians there are still picking up the pieces from the fateful September 22, 2013, when 127 worshippers were killed and more than 275 injured.

As world leaders condemned yet another Islamist attack at that time, Christians in Pakistan rallied to help many of the victims of the bombing, among them young children who had lost their parents in the two blasts outside the church after a Sunday service.

Save Souls Ministries were one of the groups to help with medicines, blood donations, financial aid and burials, but they didn’t stop there.

Refusing to turn their backs on the children who lost their parents, they generously did what they could to provide a shelter of love, sympathy and support by creating a home for 15 children in Peshawar.

They have continued the work since, looking after about 80 children today, some of whom are with them as a result of attacks on their Christians parents, and others due to the terrible rates of abuse and abandonment suffered by many Pakistani children.

The group was forced to move from Peshawar in 2014 due to the threat of further Taliban attacks, with the children now split between three locations in Lahore.

One of the orphanages, named “The Blessed Children Orphan Center” in Lahore, is well over capacity.

Seen by LifeSiteNews, the orphanage currently consists of 20 children living and sleeping in a small, rented, undecorated room, with some of them on the floor and others in bunks.

Downstairs, there is a bleak one-basin bathroom with no sight of a proper toilet and only a hose for showers.

Naqash Javed, the founder of Save Souls Ministries, explains that this is all the group can afford, as they struggle already to pay for food and education in the poverty-stricken country where Christians are seen as second-class citizens at best.

“Christians in Pakistan are only 2% of the population … a minority,” Javed explained. “Many work under Muslims as second-class citizens that don’t know where their next meal is coming from. Often, Christian parents die of sickness or persecution in society, and we try to look out for the children who are left behind.”

“Muslim men sometimes force Christian women to marry them, but they often don’t want to accept the Christian children that come, so these young ones can be abused and abandoned, and we try to pick them up to give them a loving home,” Javed continued.

“The children can suffer shocking abuse even with extended family, where sometimes they are forced into child labor,” he added. “These rented buildings that house our orphans are extremely basic, but we hope to change their living conditions soon if we can buy a new building.”

The ministry also reaches out to child victims of prostitution and drug trafficking, providing them with the care they can to restore their spiritual, physical and emotional health.

LifeSiteNews has responded to their plight by setting up a LifeFunder campaign to assist this ministry in buying a building so that they can better provide for the 80 orphaned children and others in desperate need of help.