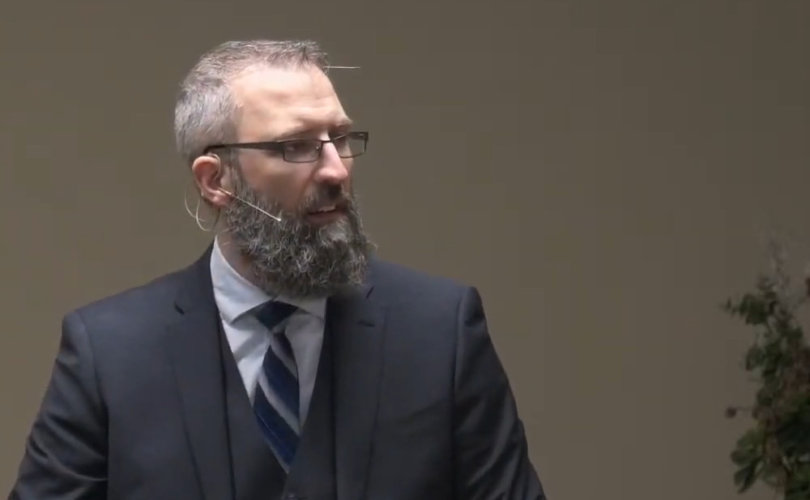 On June 5, Fairview Baptist Church, located in Calgary, said in a Facebook post, “Early this morning, AHS (Alberta Health Services) seized our church building by changing the locks to prevent us from entering the premises.”

The post continued, “They can take the building but they cannot take the church.

“In the same week where our most senior government officials were photographed flouting health orders, AHS continues to try and force us to comply to orders that violate the commands of our Lord and undermine the fundamental freedoms afforded to all Canadians.

“Fines, injunctions, imprisonments, and seizure of property will only demonstrate the folly of their actions and bring glory to Christ. Please pray that this would only serve the advance of the gospel, the salvation of souls, and the strengthening of disciples of Christ.”

The church’s pastor, Tim Stephens, who is a father of eight, was the third Canadian Christian pastor to be jailed for defying COVID-19 health rules. He was released after a judge agreed to let him out as long as he abides by a now-amended May 6 injunction order issued by AHS.

Stephens was arrested in front of his family and then jailed on Sunday, May 16, after holding an indoor church service that went against the provincial government’s rules.

Stephens and his church have for months been under surveillance by AHS, the Calgary Police Service, and city bylaw officers because they have not bowed to government rules limiting worship congregation size and mandate masks. Additionally, Fairview Baptist was visited on multiple occasions by AHS and police.

In a statement posted June 5, AHS said Fairview Baptist’s closure was “necessary” because Stephens “has continued to disregard public health measures required by law under Order of the Chief Medical Officer of Health (CMOH) for the protection of the public.

“This Closure Order will remain in place until the Pastor can demonstrate the ability to comply with these restrictions.”

Stephens wrote on Twitter that it was “incredible” his church doors were locked at the same time news broke that Alberta’s politicians were allegedly caught breaking their own COVID-19 rules.

“AHS seized our building! Fines, injunctions, imprisonment, and seizure of property will only demonstrate the folly of their actions and bring glory to Christ. Incredible that this happened in the same week our most senior officials were photoed flouting health orders,” tweeted Stephens with a photo of the AHS closure order.

The rooftop dinner was met with outrage from the public as well as from within Kenney’s United Conservative Party caucus.

Starting today, under stage 2, churches are allowed to operate at one-third capacity. However, masks and physical distancing rules remain in place. Churches were previously limited to 15 percent capacity after earlier being capped at only 15 people for a time.

According to the Justice Centre for Constitutional Freedoms (JCCF), the legal group representing Stephens, AHS wanted to keep him in jail until he agreed to “consent to the violation of his Charter rights and freedoms by Alberta’s public health orders.”

Under Kenney, three Christian pastors have been jailed — the only ones in Canada — because they defied COVID-19 health rules regarding church services that limit congregation size.

Yesterday, the JCCF released a powerful video titled “The Government War on Worship” that blasts Kenney for allowing Christian pastors to be jailed.