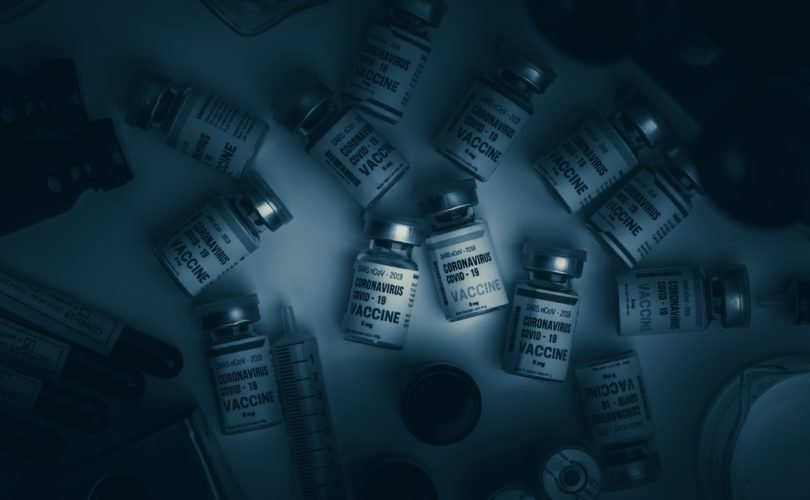 June 28, 2021 (LifeSiteNews) – An international group of Christian pastors has collaborated to create a document in defense of the Biblical understanding of authority and liberty amid COVID-19 related lockdowns and medical mandates seen around the world.

“With the rise of COVID-19 and all of the attendant ramifications, it has been incumbent upon the church to come to terms with what it believes related to the intersecting areas of biblical ethics, authority, and medical mandates,” reads the preamble to the Warrenton Declaration on Medical Mandates, Biblical Ethics, & Authority, released Wednesday.

The declaration, initially signed by 24 Protestant church leaders from the U.S. and Europe, has since attracted the endorsement of at least another 140 co-signatories. The purpose of the document, according to the declaration website, is to “provide doctrinal clarity and coherence on issues of biblical authority and ethics related to medical mandates.”

To this end, the declaration raises 36 propositions both affirming biblical teachings about the rights and duties of man in relation to the just ruler and denying the false application of those principles. Broken into two distinct yet related sections, the declaration first focuses on “authority,” the opening statement of which affirms “that all authority, in heaven and on earth has been bestowed upon God the Son, Christ Jesus.”

But “due to a pervasive lack of theological and biblical understanding on these issues coupled with a tendency to over-attribute power and jurisdiction to the state,” the document’s preamble criticized that “oftentimes churches have defaulted to almost reflexively acquiescing to whatever government health agency statements are made and the policies they put in place.”

The declaration does not, however, simply discount all earthly authority as either unjust or able to be ignored in se, but calls on the historical Christian understanding of Church and state. The authors thus recognize that “earthly authorities have been instituted by God as His servants to function as a blessing to those in their jurisdiction through their Godly governance and rule according to God’s law and in obedience to Christ.”

Given the limits of the earthly ruler, the declaration affirms the obedience due to the state by its inhabitants can only extend as far as the commands of the regime are “non-sinful,” while “disobedience is also permissible should any command be given outside of the jurisdiction of the particular authority,” the group declare. As an example, they cite such evils as China’s infamous one- (later two- and now three-) child policy as well as governmental coercion into what they call “certain vocations.”

With the principle of authority according to the Bible having been set forth in the opening 15 statements, the declaration proceeds under the heading “Application to Medical Mandates,” the initial pronouncement of which is to categorically deny “that the civil authorities have been granted lawful jurisdiction and authority over personal, familial, or ‘public’ health.”

Expanding, the group explains that a misunderstanding of passages on leprosy in Leviticus 13 and 14, on their account, might lead Christians to believe that the state has direct charge over matters of biological contagion. Instead, the authors suggest that these passages relate to a ceremonial uncleanness, meaning that the expulsion of the lepers in these chapters was not a treatise on the powers of government over public health.

Since the declaration sets out that governing “public health” is not an unlimited power, it therefore denies that governments “have lawful authority to enact ‘lockdowns’” on that same basis. Additionally, the group denied any scope for the government to justify mandating vaccines and face masks “based on the claim that unmasked or unvaccinated persons ‘present a general danger to the health of the public due to viral spread.’”

The group doubled down, positing “that the existence of communicable viruses, viral testing mechanisms, or the invention of vaccinations” cannot create “a new standard of morality whereby a healthy person simply conducting their affairs in society without vaccination, viral testing, or wearing a mask is evidence of criminally or morally reckless behavior.”

“Moreover,” they say, “if such a standard for violation of medical freedom is adopted, conceivably, civil governments could permanently regulate and restrict every facet of life since according to this same rationale, various flu-like viruses can be unknowingly spread at all times.”

Accordingly, the group denies the right of state rulers to force or coerce “individuals or their children with any form of public banishment, fine, imprisonment, social ostracism, or other forms of coercion” into “wearing a mask or injecting a substance into their bodies.”

— Article continues below Petition —
PETITION: No to mandatory vaccination for the coronavirus
Show Petition Text
1079641 have signed the petition.
Let's get to 1100000!
Thank you for signing this petition!
Add your signature:
Show Petition Text

Perhaps more contentious within Christian circles is the application of Christ’s command to “love your neighbor as yourself” (Matt 22:39) as well as performing one’s “Christian obligation to the weaker brother” (1 Cor 8:1–12). In answer to these commands, the Warrenton Declaration states that those “who seek to bind the conscience of the believer by insisting that conformity with mask or vaccination mandates is the only way for a Christian to fulfil the command to ‘love one’s neighbor as oneself” are treating the traditions of man as the commandments of God.”

Continuing, the group accuses such individuals as being “guilty of twisting the Scriptures and are effectively subjecting the law of God to the ever-changing and conflicting whims of ‘public health’ agencies, the latest medical study, or majority opinion.”