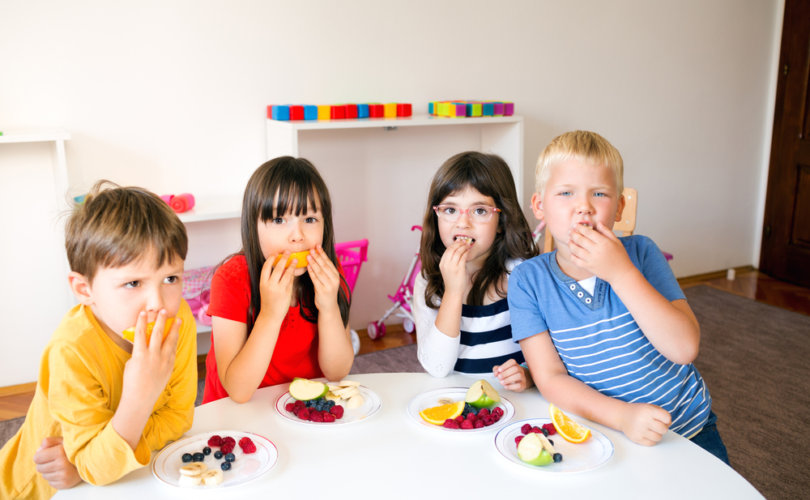 UMEA, Sweden, June 28, 2017 (LifeSiteNews) – A Salvation Army-run preschool in Sweden was too Christian in its educational content, a government inspection found, so the school has stopped its “Bible snack time” lessons and praying grace before meals.

The country's Education Act bans “confessional” educational content during school time. It also says students must always be allowed to opt out of such activities.

“As a confessional activity, we knew we could no longer have prayer time while children are at their desks where they learn, so we thought we would add grace as a nice feature during mealtimes,” said Britt Marie Mårtensson, the unnamed preschool's manager, as translated by Breitbart. But this was still too confessional for the government's liking and it said the preschoolers weren't given enough choice to opt out of it.

Now, instead of grace, children are sung a “rhyme and thanks to the sun, the rain, and the food,” SVT.se reported.

“It isn’t as hard to distinguish between activities which are educational and ones which aren’t in elementary schools, because teaching happens in class, whereas when it comes to [preschool] it can be difficult to tell,” Umeå Municipality's Pian Rosell said of interpreting the Education Act.

Children are not to say “amen” or talk about the Bible either. The school has room for 32 students, according to SVT.

An Orthodox Jewish school in London faces possible closure for not teaching girls as young as three about transgenderism. Christian schools in Canada have had the LGBT and pro-abortion agendas foisted on them as well.

The Prime Minister of Sweden made headlines recently when he said he thinks all priests in the Church of Sweden should perform same-sex “weddings” or find another job.