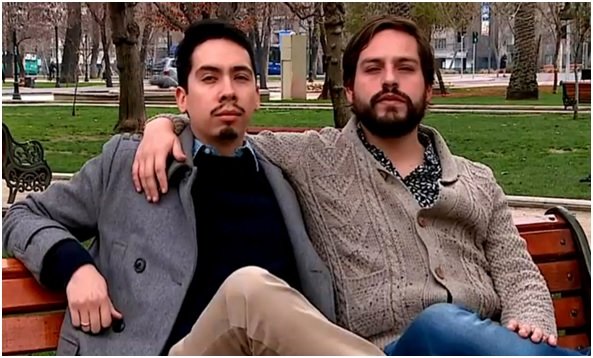 November 24, 2015 (LifeSiteNews) — “Dear Pablo, we cannot do this job, to print this invitation goes against our values, take care and best regards.”

This was the answer Pablo Zapata received when he and his partner requested a quote for the printing of invitations to the ceremony to legalize his homosexual relationship under Chile's new Civil Union Law (AUC in Spanish). Zapata is a volunteer at Iguales, an NGO whose mission statement is “Work … to ensure the full inclusion of sexual diversity in Chilean society,” while the printer, Publicamos, is openly Christian and family-operated.

Pablo and his partner felt hurt and arbitrarily discriminated against by the answer. They said they did not consider themselves going against anybody's values. They filed a complaint before Chile's National Consumer Service (SERNAC), stating that their rights were being violated and that to deny a service for biased reasons is illegal.

On Publicamos's behalf, César Mosquera stated that “several times we have turned down jobs that go against our principles[.] … [W]e also, for example, do not work with anything related with pornography.”

Since SERNAC is a mediator only and could not get the parties to reach an agreement, the state-funded organization filed a suit with the homosexual couple and Iguales against the printer.

Only a month after Pablo Zapata sued Publicamos, two of Iguales's top board members met with SERNAC's director, Ernesto Muñoz, and representatives of the Movement for Homosexual Liberation and Integration (MOVILH) to discuss and offer their “expertise” to train SERNAC's personnel and officials on discrimination issues. According to Iguales, the government official brought up the need to train small and medium-sized businesses on discrimination issues.

The Iguales Foundation took part in the lawsuit because, in their opinion, businesses have to understand that although they are entitled to their own values, those values under no circumstances can be above the country's laws. “In this case, clearly, what happened was discrimination on the basis of sexual orientation.” The hearing will be in December.

Only a month after this suit was filed, Alonso Gaete and Roberto Ibáñez, another homosexual couple backed by MOVILH, sued Publicamos for the very same reason, in what seems to be a coordinated effort to force the Christian printer to comply or pay. One member of the couple declared, “[M]y partner and I felt harmed and hurt in the moment which should have been pure happiness.”

MOVILH's spokesperson dismissed Publicamos's religious reasons, saying, “Businesses are not churches[.] … [W]e hope only to win [this case] and that the ruling will be a warning to all those people or institutions which in virtue of their homophobia believe that denying rights to sexual diversity is irrelevant.”

After the story was published on national media, the printer tweeted, “Regarding what was published in @PublimetroChile, we would like to say that our Christian values prevent us from printing invitations for same sex couple's ceremonies.”