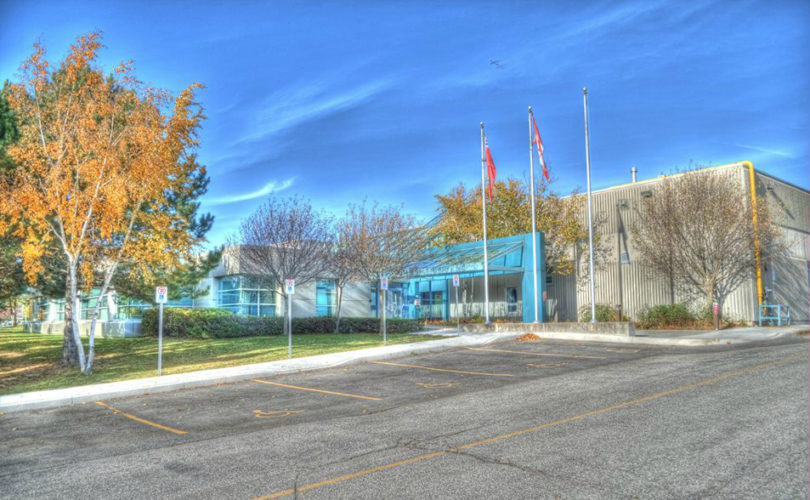 MARKHAM, Ontario, July 14, 2015 (LifeSiteNews) — A private Christian K-12 academy in Ontario has not only rejected lesbian Premier Wynne’s controversial sex-ed curriculum for its students, but has ripped the sexually graphic curriculum for what it says is a “dismantl[ing] of the biblical perspective on human sexuality” by an “aggressive agenda of the LGBT [movement].”

Administration and staff at Peoples Christian Academy located in Markham, Ontario, agree that the province’s updated Health and Physical Education Curriculum — slated for all tax-funded schools this fall — is contrary to Christian sexual ethics for its underlying promotion of homosexual ideology.

In a meeting last month the school’s education consultant, Mrs. Kerry Wilson, gave a seminar for concerned parents, outlining what she called the “liberal thinking” and “secularist worldview” at the heart of the updated curriculum.

“We … believe that all people have a responsibility to honour and respect others, regardless of differences. We do not accept, however, that to hold to the belief that the LGBT lifestyle is less than God’s best for His creation is a form of bullying or hate, and we stand against the efforts of the public school system to dismantle the biblical perspective on human sexuality through mandatory programming and curricular expectations,” she told parents.

Wilson went on to criticize Premier Wynne for ignoring the voice and will of hundreds of thousands of parents across the province who are strongly opposed to the curriculum, pointing out as evidence the lack of any meaningful consultation with parents prior to the curriculum’s implementation.

A panoply of ethnic and religious groups have spoken against the curriculum for teaching children to question whether they are a boy or a girl, to accept new ideologically-based family structures of two men or two women as normative, that masturbation is a healthy expression of sexuality, and that the only real basis for sexual interaction is “consent”. At no point in the entire curriculum is the word “marriage” or “love” mentioned in relation to sexual activity. The creation of a new life is never once portrayed positively, but only as something to avoid by means of hormone-altering chemicals and rubber.

Parent groups have raised concern that the parental right of being a child’s primary educator is being usurped by an overreaching government bent on moulding children according to politically correct sexual ideologies that are not backed by lived experience or science.

In March, Peoples Christian Academy director Reg Andrews called the curriculum “perverse,” noting that in the last few decades a number of Christian leaders have come to see more clearly that “‘progressive’ educational philosophy was seriously at odds with a biblical worldview.”

“So, we have known for some time that the educational community was rife with anti-God ideology and sentiment. Yet, sadly, through a process of gradualism, today’s Christian leaders have been largely indoctrinated to believe that our children and youth are not really at risk in such an environment. Even in response to this latest perverse curriculum, many are poised to take a laissez-faire approach,” he wrote in a March 2015 blog post.

In a March 2015 newsletter, the school told parents the curriculum should set off “alarm bells” for its “absence of a moral code and the inappropriate content for various age levels.” The school told parents that it will not be adopting the curriculum and that for the time, the Ministry of Education could not force it to comply because of an existing Ontario Human Rights Code that protects a faith-based organization from implementing policies in conflict with its Statement of Faith.

The school went on to tell parents that it teaches its own version of sex-ed, but from a biblical perspective, beginning in grade 6 where boys and girls are taught in separate sessions.

“God’s standards of morality with reference to sexuality are emphasized from the Scriptures. Students are taught that our sinful condition places all mankind on the same level—all in need of God’s grace. We all need forgiveness and cleansing which is found in Christ alone. We honour Him by walking in purity and in obedience to His Word,” states the newsletter.

School staff are hoping and praying that the right to conduct a Christian school based on an adherence to biblical sexual morality will continue to be protected. The fact that they are asking parents to pray for the continuation of this right can only mean that school staff feel threatened by the movement and actions of the current Liberal government.

Despite this, the Christian school, with a mission to offer students what it calls a “biblical worldview for all disciplines,” plans to “stand strong” against the government’s overreaching arm, stating flatly to parents its “resolve to uphold biblical standards of morals and ethics.”