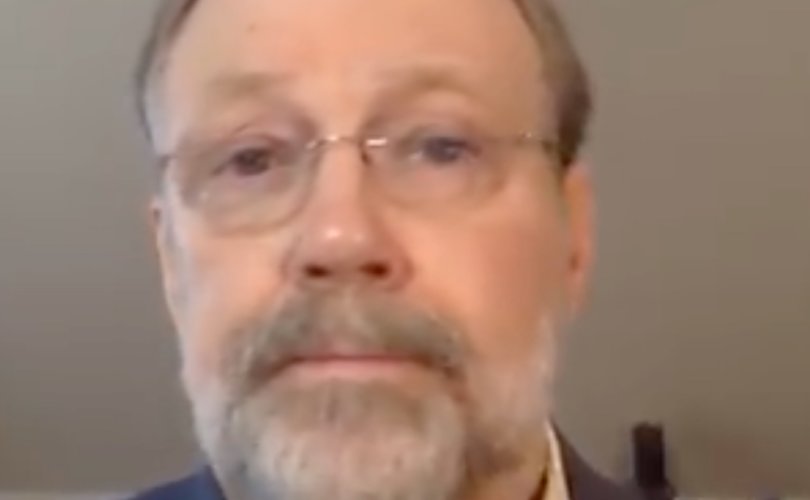 PORTSMOUTH, Ohio (LifeSiteNews) — A tenured evangelical Christian professor who recently won a $400K lawsuit with the help of Alliance Defending Freedom (ADF) over forced pronoun usage said that Christians should not yield to gender ideology.

“We cannot give in,” Professor Nicholas Meriwether told CBN News. “Scriptures were extremely helpful, the Psalms — even the book of Revelation — teaches very, very clearly we must resist in a kind way, a humble way, a reasonable way,” Meriwether said, explaining how he endured through a multi-year battle with Shawnee State University in January 2018.

The public Ohio university tried to require Meriwether to use a student’s preferred pronouns and threatened him with firing if he did not. According to ADF, it also placed a “written warning” in his file due to his refusal to use the gender-confused man’s pronouns of choice.

Meriwether offered to use the student’s chosen first name, but the complaining student rejected the compromise.

“A male student approached me after class and demanded that I use female titles and pronouns, and I explained to him that I would not be able to do that,” Meriwether recounted.

“I thought it was an egregious violation of free speech,” Meriwether said. “I would not stand for it. I simply would not go along with it.”

Meriwether said he wants to move past the ordeal and hopes to find healing from the contentious situation.

“Christians are commanded by our Lord to forgive our enemies. The New Testament is extremely clear: We will have a lot of opposition, and we have to be loving, kind, and humble to those who oppose us, especially when they oppose us for our faith,” Meriwether said. “We can meet that challenge if we are humble and reasonable and rational and kind and generous, the very virtues that the New Testament compels us to adopt.”

Shawnee State University has not acknowledged any wrongdoing but said it decided to settle purely for “economic” reasons.

“Shawnee State University made an economic decision to settle the Meriwether case,” a statement on its website says. “Though we have decided to settle, we adamantly deny that anyone at Shawnee State deprived Dr. Meriwether of his free speech rights or his rights to freely exercise his religion.”

“Over the course of this lawsuit, it became clear that the case was being used to advance divisive social and political agendas at a cost to the university and its students,” the public university stated. “That cost is better spent on fulfilling Shawnee State’s mission of service to our students, families and community.”