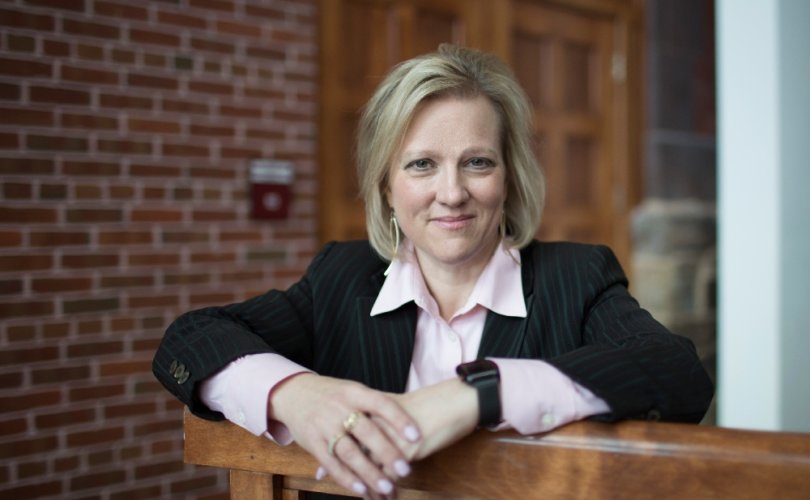 PHILADELPHIA, Pennsylvania, March 16, 2018  (LifeSiteNews) – The recently hired president of a United Lutheran Seminary was terminated after students and staff discovered she had once worked for an organization that helped gays and lesbians deal with unwanted same-sex attraction. This despite the fact that she had long ago renounced the practice and her involvement.

Despite having renounced her past work in what is now commonly referred to as “conversion therapy,” Reverend Theresa Latini was officially fired by the school’s board of trustees after a day long meeting on Wednesday.

“Guided by our wish to act decisively and seeking God’s blessed guidance, the Board voted to end Dr. Theresa F. Latini’s position as President of the United Lutheran Seminary,” said a statement issued by the trustees. “This decision was made based on the Board’s concern that the ongoing controversy surrounding her naming as President made it extremely difficult to overcome the issues related to trust as the President of this institution. With the understanding that there is much work to be done in healing, and recognizing her significant value and gifts, the Board recognized that her ongoing tenure would present a significant obstacle to moving forward.”

“Through prayer, thoughtful discussion and active listening,” continued the letter, “we have reached the conclusion that ending our relationship with Dr. Latini will be the most positive approach to our process of healing and to the health and well-being of ULS.”

According to a report at Inside Higher Ed, Latini said via email that,

She was being scapegoated, and that United Lutheran was facing challenges from its recent creation from merging two Lutheran seminaries. “I had been eager to help this newly-combined organization to flourish,” she said. “However, given the longstanding, historic divisions between the predecessor schools and what I believe to have been a politically based whisper campaign against me and other members of the board, it became clear that certain parts of the organization were not going to stand behind me and that I could not be effective as president. I have been scapegoated by an historically divided institution resistant to unification, and have been given little chance to respond to the accusations against me.”

The disclosure about Latini has roiled “the usually placid seminary, an LGBTQ-affirming school with 325 students on campuses in Philadelphia and Gettysburg,” according to a Philly.com report.  “One member of the board of trustees has quit in protest, and the chairman — who knew about Latini’s past but told no others on the committee that selected her — has stepped down from the post.”

“Students, alumni, faculty, and staff have organized as the United Lutheran Seminary Action Group in response to the controversy and are expected to submit a letter outlining their demands for personnel and policy changes,” continues the report. “They say that administrators’ apologies and explanations have little meaning unless such changes are made and that they understand the deep pain caused by conversion therapy.”

A lesbian student at the seminary, Carla Christopher, said she was “devastated” by the news of Latini’s reparative therapy background.  The fact that Latini had long ago renounced the practice and her involvement made no difference to the lesbian and others at the Lutheran campus.

The United Lutheran Seminary is part of the Evangelical Lutheran Church (ELCA) in America, the largest of North America's Lutheran denominations.

“Of the three leading Lutheran organizations operating in the United States, the Evangelical Lutheran Church in America (ELCA) is considered the most welcoming and inclusive of LGBTQ members,” reports the pro-LGBT lobbying firm, The Human Rights Campaign (HRC), headquartered in Washington, DC.

In 1991 ELCA leaders opened the doors for full participation in church life by sexually active gays and lesbians, saying, “Gay and lesbian people, as individuals created by God, are welcome to participate fully in the life of the congregations of the Evangelical Lutheran Church in America.”

In 2010 the denomination began ordaining ministers of all sexual orientations.

According to a religious news Service report, “The ELCA saw its membership decline to 3.5 million members in 2016, down from 5.2 million in 1988 when the denomination was formed as a merger of three other smaller Lutheran groups. Today, 40 percent of its churches have between 50 and 100 worshippers each Sunday.”