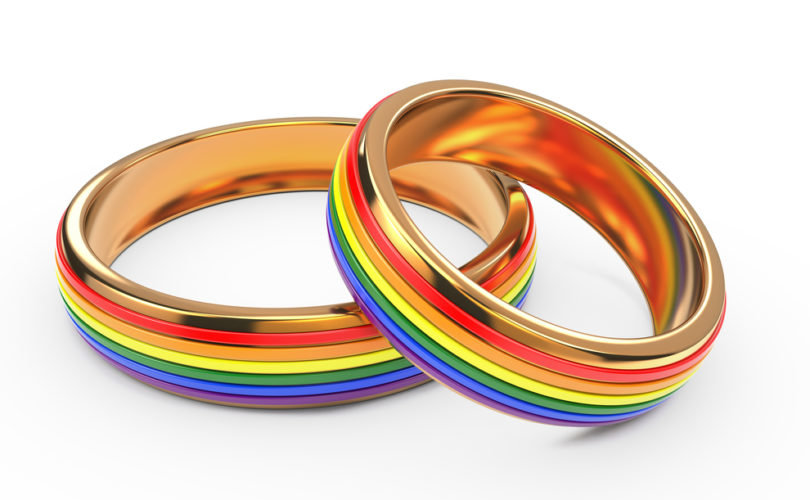 Broward County Clerk Yanicka Parker was fired for asking her boss to have someone else in the clerk's office issue a marriage license to gays. Parker explained to Clerk of Courts Howard Forman that as a Christian and a minister she could not condone sodomy because of her sincerely held beliefs.

As soon as she received an interdepartmental email stating all employees must perform wedding vows and issue licenses for homosexuals, Parker requested an accommodation. She also asked to be transferred or reassigned to a department that did not require officiating homosexual unions.

When a statewide ban on homosexual marriage was rescinded on January 6, 2015, she again asked that someone else in the large Broward County Clerk's Office perform those duties, which constitute only a fraction of her work.

Even though several other clerks were available to issue gay marriage licenses, Parker was summarily suspended and sent home on leave.

On Wednesday, January 7, 2015, the same thing happened. After she asked that others perform a ceremony for gays, she was suspended from her job and sent home.

The following Monday, the 12-year veteran of the clerk's office was fired.

Without a job, Parker eventually lost her home. She is now suing Forman and the county for lost wages and attorney fees, emotional harm, mental anguish, stress, anxiety, and diminished reputation or stature.

While gay activists immediately condemned Parker as a homophobe, pro-marriage advocates were quick to applaud her. “We have nothing but praise for Yanicka Parker,” Brian Camenker of MassResistance told LifeSiteNews. “All people of faith in this country should take her approach toward these outrageously illegitimate actions of government — instead of compromising as so many do.”

“Rev. Martin Luther King, quoting St. Augustine, had it right:  'An unjust law is no law at all,'” Camenker said.

“If Yanicka Parker were protesting for LGBTQ rights or Black Lives Matter, the media would be all over this story. Instead, they will either ignore it or blast her,” Media Research Center Vice President Dan Gainor predicted. “The left is trying to force every government employee at any level to embrace liberal dogma over their own religious faith.”

“The Founding Fathers must be turning over in their graves, but journalists don't care, as long as their left-wing agenda outranks the Constitution,” Gainor told LifeSiteNews.

Parker's lawsuit, filed September 9, claims that she was given no reasonable accommodation for her religious beliefs and that she was discriminated against by being deprived of her equal right to employment regardless of her Christian faith.

The lawsuit explains, “Ms. Parker has a sincerely held religious belief, based upon the tenants of her faith and biblical teaching, such as Leviticus 18:22, Romans 1:26-27, I Cor. 6:9-10, and I Tim 1:9-10, that it is a sin for persons of the same sex to engage in sexual relations and, based upon Genesis 2:18-25, and other biblical authority, that persons of the same sex cannot and should not be morally or legally recognized as husband and wife, and that God will judge individual Christians, as well as the society of which they are a part, who condone or institute same-sex marriages.”

Leviticus 18:22 is in the context of prohibitions in the Mosaic Law. Just after prohibiting child sacrifice by fire to the idol Molech, and just before prohibiting bestiality, verse 22 reads, “You shall not lie with a male as with a woman; it is an abomination.”

Romans 1:26-27 echoes this prohibition of homosexual conduct, calling it “dishonorable passions” and “shameless acts.” First Corinthians 6:9-10 lists “men who have sex with men” (“arsenokoites”) as among “the unrighteous” who “will not inherit the Kingdom of God.” First Timothy 1:9-10 says “sodomites” (“arsenokoitais”) and the sexually immoral (“pornois”) as acting “contrary to sound doctrine.”

Parker claims in her suit, “Given that issuing marriage licenses to same-sex couples was a miniscule part of the clerk's job and overall responsibilities, and Ms. Parker was willing and able to perform all other aspects of her job, Defendant Forman could have easily accommodated her religious beliefs.”