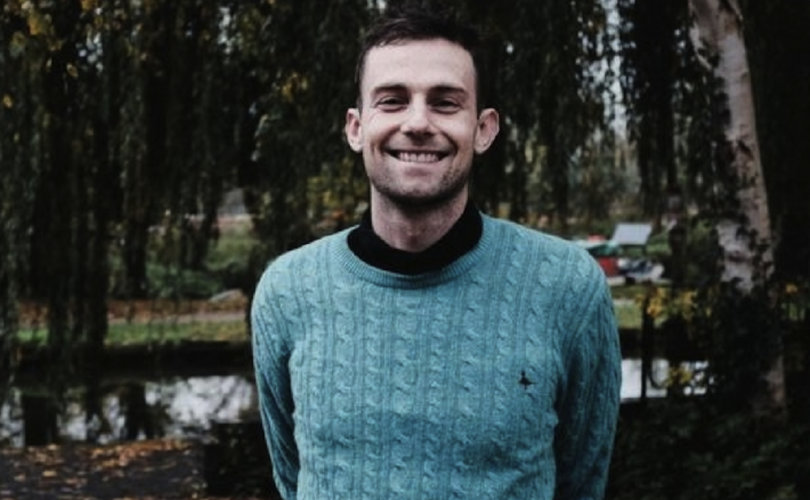 OXFORD, England, November 29, 2017 (LifeSiteNews) — A teacher has been suspended and may lose his job because he accidentally called a girl a “girl.”

“This case is one of a flood of cases we are encountering where teachers are finding themselves silenced or punished if they refuse to fall in line with the current transgender fad,” the Christian Legal Center’s Andrea Williams said. “If we collude in the transgender delusion, we do not serve our children well, we harm them.”

Joshua Sutcliffe taught math to junior and senior high students at Stonewall schools, which are committed “to tackling homophobia, biphobia and transphobia.” His pupils outperformed every other class in the subject.

A Christian, Sutcliffe respected the school’s pro-transgender policy by referring to all students by their chosen name. He avoided using “Xe,” “Xir,” “They,” or any gender-specific pronouns.

“I have a deep conviction that we are all made in God’s image, male and female,” Sutcliffe explained. However, “I have never looked to impose my convictions on others.  I just try to earnestly live out the Gospel of peace.”

On November 2, he made an honest mistake. Trying to encourage the hard work and improvement of a group of female students, which included one who has declared herself transgender, Sutcliffe told them, “Well done, girls.”

He immediately apologized to the gender-confused student and said his blunder was unintentional. Nevertheless, that slip of the tongue may cost him his job, and cost his students a beloved teacher.

The girl’s mother issued a formal complaint against Sutcliffe for “misgendering” her would-be-male daughter. It wasn’t her first complaint about Sutcliffe’s Christianity.

School officials began an investigation and cut off Sutcliffe from his students, forcing him into “isolation” in the staff room. The school concluded Sutcliffe was guilty of “misgendering” the student, “demonstrating discriminatory behaviors” and violating “the school’s equality policy.” Sutcliffe was suspended.

Sutcliffe criticized the way his honest mistake was treated. “The aggressive way in which transgender ideology is being imposed is undermining my freedom of belief and conscience,” he said, “as well as the conscience of many people throughout our nation who believe that gender is assigned at birth.”

“The Stonewall community appears to intentionally go out looking to cause trouble with people who are earnestly living out the Faith in Christ,” he added. “I have seen paper slips that encourage members write down and trip up anyone not conforming to their ideology.”

In Sutcliffe’s assessment, the actions of the school “reflect an increasing trend of seeing Christians, people like me, being marginalized in the public square and our beliefs punished and silenced.” He told Church Militant that “anyone that doesn’t conform to their way of thinking” is discriminated against.

This isn’t the first time Sutcliffe has been persecuted for his Christian faith. For a year and a half, he ran a very popular Bible club for more than a hundred students until the head teacher stopped it on a technicality while other groups such as the LGBTI Club, the Mindfulness Club, and the Qigong Club are permitted.

Sutcliffe took issue with categorizing transgender-enabling as a matter of “equality.” “The issue with that is that not all ideas are equal,” he explained. “Jumping off a bridge doesn’t have equal weight to opening the door for someone. Ideas and policies are up for rigorous debate. Every person is equal. Ideas are not equal.”

Others take issue with politically correct “equality” enforcement as well. Such a transgender policy is “child abuse,” according to the American College of Pediatricians president Dr. Michelle Cretella. She describes “transition” hormones as “chemical castration” and decries the growing trend of “surgical mutilation of children.”

“We must urge the silent majority of parents, grandparents and health professionals to speak out,” Dr. Cretella told Church Militant. “We must … demand an end to this massive dangerous social experiment that is already having devastating effects upon our young people.”

Former transgender Walt Heyer, who underwent surgery to live as a woman for nearly a decade, agrees. He says sex “change” surgeries often fail because they cannot address core underlying “comorbid disorders” but are “only cosmetic.”

“It is biologically impossible to change a man into a woman or a woman into a man,” Heyer told Church Militant.

The solution, Williams suggests, is to respect children’s biological gender as they navigate through the often difficult teen years. “We all know how much we change during our teenage years,” the CLC leader pointed out. “It is vital that during those years we help our children to live in the biological sex they were born rather than encouraging them to change ‘gender.’”

“If we encourage them to change gender, it is not kind and compassionate; it is cruel,” she stated.

“What we need is a culture in our schools which gives emotional support to children through puberty without encouraging them to make life-long decisions against their natural born biological sex,” Williams concluded. “If we collude in the transgender delusion, we do not serve our children well. We harm them.”

1
WATCH LIVE: LifeSite’s 25th Anniversary Gala – streaming now
2
Dr. Robert Malone: Endless mRNA jabs are in the works as the CDC and FDA play ‘hide the data’
3
Prestigious Tennessee girls school now accepts any student who ‘identifies’ as female
4
Open letter to Elizabeth Warren: Why do you campaign so strongly for the murder of the unborn?
5
World Economic Forum adviser claims the planet no longer needs the ‘vast majority’ of the population
Subscribe to Daily Headlines »