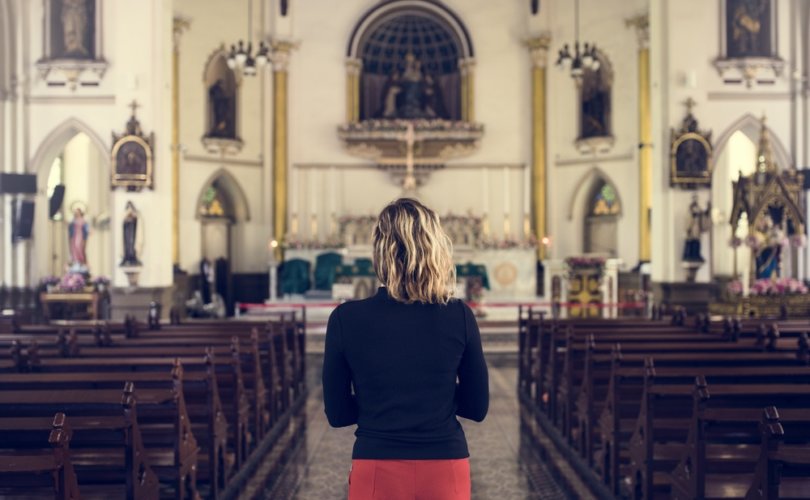 CANADA, October 17, 2020 (LifeSiteNews) – A bill banning therapy for unwanted sexual attractions could subject “private conversations between parents and their children on matters of human sexuality” to “criminal prosecution,” the Canadian Conference of Catholic Bishops warned in a new letter.

Bill C-6 outlaws so-called conversion therapy, which it defines as “a practice, treatment or service designed to change a person’s sexual orientation to heterosexual or gender identity to cisgender, or to repress or reduce non-heterosexual attraction or sexual behaviour.”

According to the Canadian Conference of Catholic Bishops (CCCB), the bill leaves no room for religious freedom in its language.

In an October 7 letter to the Canadian government, the CCCB emphasized that coercive or involuntary means of conversion are unethical and do not respect the dignity of the person. However, the bishops argued that the language of the bill is filled with ambiguities which could render religious instruction and private conversations illegal and make it difficult for people seeking to reverse so-called “sex change” surgeries to do so. It would prevent those seeking to overcome intrusive and unwanted feelings from accessing the help they desire.

The CCCB stated, “There is the possibility that within families, private conversations between parents and their children on matters of human sexuality will be deemed public and subject to criminal prosecution – which in turn raises serious questions regarding the legitimacy of government surveillance, professional confidentiality, and infringement of privacy. As principal educators of their children, parents have a right to raise them in accordance with their legitimate and ethical religious beliefs. Any state intervention should not override the primary parental right to care for their children and make decisions for their well-being.”

“There is a real danger that Christian and other religious and ethical teaching with respect to human sexuality would be interpreted as criminal acts,” the Catholic bishops warned. “The Bill could even criminalize Catholic ministries and groups, religious leaders, or pastors who encourage individuals with same-sex attraction to live chastely and in conformity with the teachings of the Gospel, the moral principles of the Catholic Church, and the dictates of their own conscience.”

Along with government intrusion into private family affairs, the bill is also problematic because it does not specify just how it will handle public speech and religious instruction on sexuality and gender, making them vulnerable to criminalization. There is no provision in the bill for religious beliefs, philosophies, or even scientific studies on human sexuality that might diverge from the government’s mandated ideology.

If interpreted literally, the bill could prevent people from receiving medical treatment from physicians, psychologists, psychiatrists, and other mental health experts because it would compel medical professionals to withhold therapies under penalty of law.

“For example, transgender persons who freely wish to de-transition could be unable to access the necessary professional assistance to explore this option. Similarly, medical practitioners could be inhibited from advocating a prudent and professionally supported approach towards young children with gender dysphoria,” the CCCB wrote.

The CCCB is not alone in its fight against the bill. The Evangelical Fellowship of Canada has also issued its own open letter to the current Minister of Justice and Attorney General of Canada, David Lametti. The EFC letter reads, “…[T]he terms ‘practice, treatment or service,’ while often used in a medical or therapeutic context, are not defined in Bill C-6 and can be interpreted and applied various ways. As written, these terms could include voluntarily sought out support groups for those who choose to live their lives in accordance with their religious beliefs.”