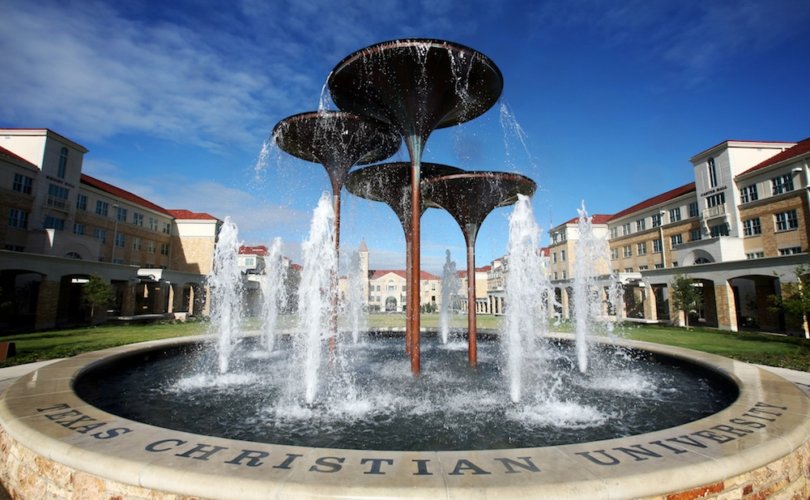 FORT WORTH, Texas, August 30, 2016 (LifeSiteNews) – Texas Christian University is offering college credit for a student to serve an internship at Planned Parenthood.

“Planned Parenthood of Greater Texas is looking for a volunteer historian to develop a project highlighting its history in Fort Worth since it was established here in 1935,” reads an e-mail sent out by TCU’s History department. In addition to combing through PPGT’s “substantial archival material,” the intern has the chance to begin “interviewing local families who have long been involved in support of PP.”

The work would culminate as the intern makes 5-10 minute visual presentations “to other groups and organizations in Fort Worth.”

“TCU students could take this on as a research project for a class, or they could receive three credits of HIST 30073, Internship in Public History,” the department notes in the e-mail, which was obtained by Students for Life of America.

“It is a disgrace for a large Christian university to offer credit for an internship at the largest abortion provider in the nation,” said Kristan Hawkins, president of Students for Life, in a statement e-mailed to LifeSiteNews. “Instead of educating and equipping students on how to persuasively discuss the pro-life viewpoint and help women in crisis, they instead reward students for spending valuable time volunteering for an organization that ends the lives of over 325,000 innocent human beings a year.”

Planned Parenthood of Greater Texas has been at the center of the debate over the abortion provider’s alleged trafficking in fetal body parts. Undercover investigators with the Center for Medical Progress Dr. Amna Dermish, an abortionist in Texas, laughing as she said that removing a baby's skull and brain intact is a goal she would “strive for.”

Hillary Clinton later saluted Dermish by name during a speech to Planned Parenthood in June.

During the speech, Clinton said her campaign “belongs” to Planned Parenthood.

Texas officials raided the offices of Planned Parenthood of Greater Texas last October to investigate whether PPGT had defrauded the state's Medicaid program.

Texas Christian University is affiliated with the Christian Church (Disciples of Christ), a liberal mainstream Protestant denomination. Yet TCU employees are the most conservative of any college in the Big 12, according to a Daily Caller News Foundation analysis, giving more money to Republicans than Democrats.

“Just think of the parents who thought their child would be receiving a valuable Christian-focused education at a private school,” Hawkins said. “They are paying over $53,500 a year to be swindled.”

Catholic universities such as Georgetown, DePaul, and Boston College have also approved internships at Planned Parenthood.