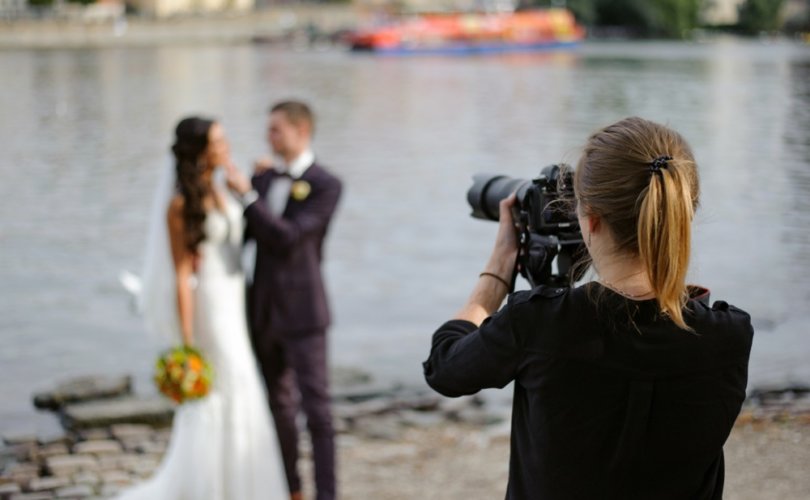 LOUISVILLE, Kentucky, November 21, 2018 (LifeSiteNews) — A Southern Baptist wedding photographer in Kentucky has filed a lawsuit against a Louisville ordinance that she says violates her religious liberty by forcing her to lend her services to same-sex “wedding” ceremonies.

Alliance Defending Freedom (ADF) is representing Chelsey Nelson, who owns a photography studio in Louisville, in her lawsuit against the city’s Fairness Ordinance, which states that businesses cannot deny a customer “full and equal” enjoyment of goods, services, privileges, advantages, or public accommodations on the basis of various attributes, including sexual orientation. It also forbids businesses from publishing communications suggesting such “discrimination.”

According to ADF, this means that Nelson not only must photograph same-sex “weddings,” but that she cannot publicly explain why she wants to only photograph monogamous male-female unions.

The complaint notes that forcing her business to serve homosexual unions is hardly necessary to ensure they can find willing photographers, as an online directory lists lists 91 other photographers in Louisville and 314 photographers statewide who advertise their willingness to do so.

Nobody has yet attempted to enforce the ordinance against Nelson, yet she has filed this pre-enforcement challenge in anticipation of future efforts, just as religious business owners have successfully done in Arizona and the 8th Circuit Court of Appeals.

“Because marriage is so important to me, I’m careful to photograph and blog about each of these solemn ceremonies in a way that reflects my views of marriage,” Nelson explained Thursday in an op-ed at the Louisville Courier-Journal. “This means I wouldn’t be the best person to photograph every wedding.” She added that her business is willing to serve anyone but cannot serve every wedding and also refuses heterosexual weddings with trivial themes, such as Halloween or zombies.

“My highest aim in life is to honor God, and that informs everything I do, business included,” she continued. “When I look back on my life when I’m older, I want to be able to say that I stayed true to this goal — that I ran the race and finished well.”

“Artists shouldn’t be censored, fined, or forced out of business simply for disagreeing with the government’s preferred views,” ADF senior counsel Kate Anderson said. “No matter one’s views on marriage, we all lose when bureaucrats can force citizens to participate in religious ceremonies they oppose or to speak messages they disagree with. On countless other topics, photographers and other artists can freely choose the stories they tell. Chelsey simply asks for the same freedom.”

Area CBS affiliate WLKY reports that the Jefferson County Attorney’s Office has declined to respond to the lawsuit, as it doesn’t comment on pending litigation.