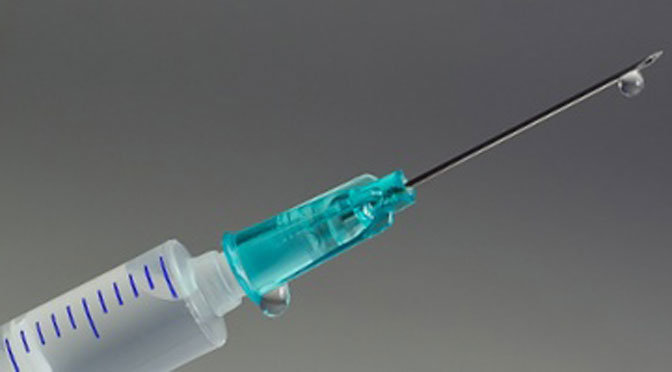 BRIDGEWATER, Nova Scotia, October 15, 2020 (LifeSiteNews) — Jack Sorenson’s life ended at his request by lethal injection on October 3 against his wife’s wishes. This resulted in troubling legal questions surrounding his death that have yet to be fully addressed.

Lawyers for Sorenson’s wife, Katherine, may seek leave to appeal to Canada’s top court to rule on whether the 83-year-old Nova Scotia man’s euthanasia was lawful.

Katherine, 82, went to court in July to stop her husband’s euthanasia, originally scheduled to take place on August 3.

She contended that Jack, who had Stage III chronic obstructive pulmonary disease (COPD) and other minor health concerns, was not seriously ill or dying, but suffered from anxiety and delusions about his medical condition, and therefore had questionable capacity to consent.

Moreover, he had had conflicting assessments of his eligibility for euthanasia, having been rejected as ineligible in April before being approved in July.

The couple had known each other for 60 years and been married for 48, but after Katherine took legal action, Jack left their home and no longer spoke to his wife.

Katherine did not know he had died at the Fisherman’s Memorial Hospital in Lunenburg that Saturday when she got call from the funeral home telling her they had his body, CBC reported.

“When communicating with Katherine, it was sad to learn that she was not informed about her husband’s death until after the funeral home received him,” said Alex Schadenberg, executive director of the Euthanasia Prevention Coalition, which is financing the court challenge.

In the obituary she wrote for Jack, who during his long life had been a music professor, a CBC producer, and a restaurateur, Katherine asked for donations to the Euthanasia Prevention Coalition in lieu of flowers.

After weeks of being apart, her husband’s death was not a shock and she was doing “pretty well, considering,” Katherine told CBC.

“I’ve had a wonderful life with Jack. There have been, as with any marriage, lots of varying opinions between the spouses and I thought we did a pretty good job of reconciling two pretty opposite views,” she said, “until this issue came up of end of life.”

Katherine is a Christian and her husband had been an atheist since early adulthood.

Jack Sorenson was euthanized a day after three judges of the Nova Scotia Court of Appeal ruled that stopping him from being lethally injected would constitute “significant harm,” and was contrary to his “fundamental right to personal autonomy and medical self-determination,” according to the CBC.

Justice Cindy Bourgeois wrote the decision, which ruled that courts should not intervene in assessments made by medical practitioners. (She also clarified that there was no publication ban, even though lower courts had not identified the couple out of privacy concerns.)

“(I)t is clear Parliament fully intended,” Bourgeois wrote, “provided it is undertaken in a manner consistent with the law, the determination of MAID (Medical Assistance in Dying) eligibility should rest with authorized medical and nursing professionals not with judges.”

The court also ruled Katherine did not have the legal right to contest what her husband was trying to do and that her “feelings do not give her standing to challenge the determination he meets the eligibility criteria for MAID.”

Under Canada’s Bill C-14, individuals age 18 and over who are capable of consent and make a voluntary request for lethal injection can be euthanized if two doctors diagnose them as having a “grievous and irremediable medical condition.”

The law defines this as a serious and incurable illness or disability that results in an advanced state of irreversible decline in capability and causes intolerable physical or psychological suffering, and that natural death is “reasonably foreseeable.”

Katherine’s lawyers pointed out that after Jack was deemed ineligible for euthanasia in April, he then sought another assessment in July from pro-euthanasia doctors, who approved his death.

Hugh Scher, head of Katherine’s legal team, argued that “doctor shopping is a serious concern that must be addressed,” and that “court or tribunal oversight are essential in those rare cases where there are multiple conflicting medical reports over the core issue of capacity, which is an essential condition of eligibility for MAID.”

However, now that Jack has died, “it does beg the question whether or not the case has moot. And that's being looked at right now: Is there actually still a case?” Schadenberg told LifeSiteNews.

“In fact, the question that we were asking remains valid,” he added.

“As it is right now, all the law requires is that there are two assessments saying he qualifies.”

Adding to the difficulty, since Parliament resumed in late September after being prorogued in August, Justin Trudeau’s Liberal government has reintroduced Bill C-7, which will allow individuals who are not terminally ill to be euthanized.

Schadenberg, along with other critics, has warned that if Bill C-7 becomes law, Canada will have the “the most wide-open euthanasia regime in the world.”

Under the proposed Bill C-7, an individual who is not dying but is deemed to have “unbearable physical or psychological suffering” can be lethally injected after a 90-day waiting period, he told LifeSiteNews.

Those who wish to donate can go to EPCC.ca.