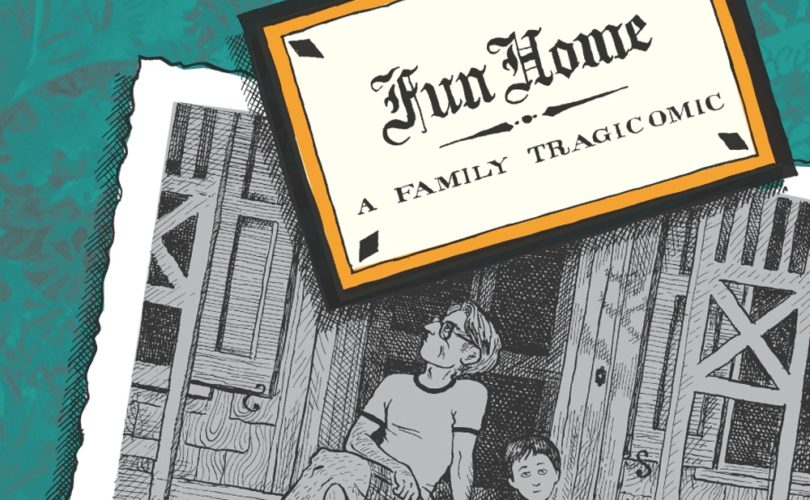 Brian Grasso emerged as the spokesperson for the dissenters after he posted his decision on the Class of 2019’s closed Facebook page. Opponents have done their best to mock and deride the holdouts as ignoramuses who don’t belong at Duke, but Grasso has addressed all their jibes, first to Duke’s student paper and then in an op-ed in the Washington Post, intelligently and engagingly.

The book at issue is Fun Home, a fictional depiction by lesbian artist Alison Bechdel of growing up with a homosexual, suicidal dad and discovering sex with other girls. “After researching the book’s content and reading a portion of it, I chose to opt out of the assignment,” Grasso told Post readers, explaining he was not opposed to learning about homosexuality any more than he would be with the ideas of “Freud, Marx or Darwin,” though he might find them immoral too.

“But in the Bible,” he went on, “Jesus forbids his followers from exposing themselves to anything pornographic. ‘But I tell you that anyone who looks at a woman lustfully has already committed adultery with her in his heart,’ he says in Matthew 5:28-29. ‘If your right eye causes you to stumble, gouge it out and throw it away.’” He then cited St. Paul to support his argument.

Grasso knew Christians would be in the minority at Duke, he admitted, but what surprised him was that Duke would blithely assign something so obviously offensive to this minority. “Duke did not seem to have people like me in mind. It was like Duke didn’t know we existed, which surprises me.”

But Patrick Reilly, the president of the Cardinal Newman Society, an organization devoted to promoting American Catholic orthodoxy at Catholic universities, isn’t surprised. “American society has been moving away from Christian values or even neutrality, especially at secular institutions but even at Catholic and other Christian schools,” Reilly told LifeSiteNews. He urged Catholic and other Christian parents and high school students to choose their universities carefully.

Other freshmen have supported Grasso: Bianca d’Souza said the novel’s ideas were important but the salacious content unnecessary and offensive. Jeffrey Wubbenhorst wrote, “”The nature of ‘Fun Home’ means that the content that I might have consented to read in print now violates my conscience due to its pornographic content.”

But others from the class of 2019 responded, “Reading the book will allow you to open your mind to a new perspective and to examine a way of life and thinking with which you are unfamiliar.”

In the same vein students wrote the Duke student newspaper Chronicle, mocking the dissenters with references to a Dr. Seuss children’s book. “Mermaid Warrior,” for example, wrote, “I’m sure there are people who think Cat in the Hat sends bad messages. That’s a big problem I have with complaints like these, ‘I shouldn’t be expected to read stuff I disagree with!’ It’s like, guess what, there’s no way to find something that everyone will agree with.”

Inevitably, Duke itself weighed in. The book was selected for summer reading by the freshman class, explained Duke’s vice president or public affairs, Michael Schoenfeld, “because it is a unique and moving book that transcends genres and explores issues that students are likely to confront.”

After touting its artistic value and noting that a Broadway adaptation won the Best Musical award for 2015, he noted that the book was not a requirement and there would be no examination or grading. He expressed the hope that Duke’s 1,750 freshmen would arrive with open minds willing to “explore new ideas.”

But for all that, Schoenfeld did not explore the issues raised by Grasso: morality, pornography and the sexualization of relations.