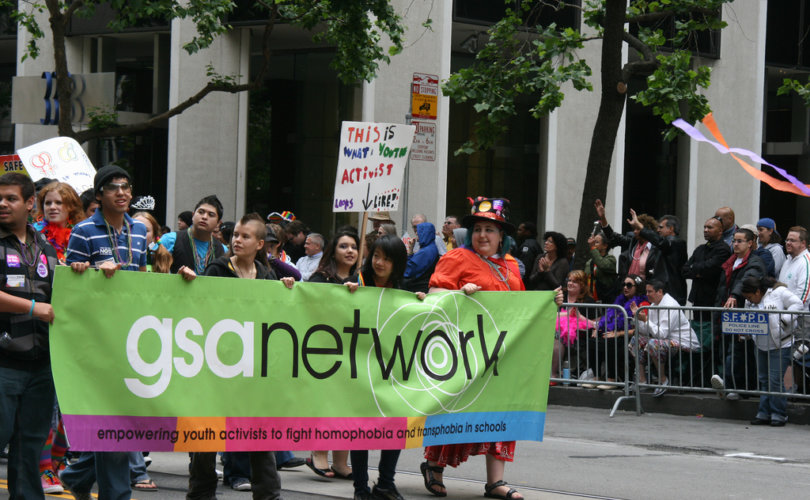 EDMONTON, Alberta, April 18, 2017 (LifeSiteNews) – A Christian political action group and a parents group are responding to the controversy over a pro-life group comparing the Holocaust to abortion by accusing the New Democratic government of promoting unscientific and dangerous gender ideology.

When Education Minister David Eggen leaked to the press his objections to the comparison made in a Red Deer Catholic high school by the local pro-life group, sex-education advocate Cristina Stasia called for an investigation of what “third party” groups are teaching students about sex and abortion. The Calgary Sexual Health Centre and the Compass Centre for Sexual Wellness joined her in calling for an investigation into third party content, but they were referring to social conservative groups.

Now social conservative groups are echoing their call for an investigation. But the concern of the Association for Reformed Political Action and the parents group Informed Albertans are the groups on the Left. They believe the Alberta Teachers Federation, the Calgary Sexual Health Centre, and the Institute for Minority Sexual Studies want to destroy students’ belief in “binary” genders — male and female.

However, they warn that the New Democratic government itself is the most blatant promoter of  the “radical ideology” of gender theory. “The sad truth is that Alberta’s Ministry of Education is the party most guilty of promoting propaganda in provincial schools,” ARPACanada Executive Director Mark Penninga said.

“I want answers,” Ng told LifeSiteNews. “I want to know what the minister of education is going to do about the organization (Institute for Sexual Minority Studies) responsible for the site.” The links disappeared the day after IA’s expose. However, Ng complained, that the government never apologized.

Moreover, she complained, “They have allowed ISMS to continue to make school presentations under the name FyreFly, when they’ve clearly proved themselves incompetent by offering sexually graphic material to K-12 children.”

Ng also cited the Calgary Sexual Health Centre, which is telling students, “There is no such thing as men and women.” The Alberta Teachers Federation has prepared similar material for the schools describing the two-gender model as “overly simplistic, often wrong and harmful.”

ARPA’s Penninga said Eggen’s concern over the pro-life group’s comparison of the holocaust to abortion was “clearly hypocritical” given the concern of hundreds if not thousands of Alberta parents “about how the Minister of Education has been forcing their schools to promote a radical gender ideology that is unscientific, full of misinformation and harmful.”

Last year, he said, the government issued guidelines to all Alberta schools instructing them to avoid using “mother” and “father” and other traditional “gendered” terms.

In addition, “the Minister ploughed ahead with his agenda and his secretive efforts to revamp the entire education system using ‘experts’ that he refuses to make public.” They are another third party that needs investigating, Penninga told LifeSiteNews. The proposed six-year curriculum revision will clearly normalize LGBT behaviors.

Penninga added, “Eggen clearly believes he can tell school boards to teach a radical ideology at odds with what Catholic schools and [Protestant] Christian schools teach. If he can tell these schools what they can teach, it really defeats parents’ freedom of association and religion under the Charter” [of Rights and Freedoms].

Penninga told LifeSiteNews that Eggen’s disapproval of the Red Deer pro-life group’s classroom presentation is just another example of how Eggen ignores the rights of Alberta’s religious schools.

“If he just says he doesn’t approve what was said in Red Deer, he may not be violating the Charter,” said Penninga. But if Eggen orders schools not to allow it or penalizes a school that does allow it, Penninga said Eggen can expect a lawsuit from ARPA. The Calgary-based Justice Centre for Constitutional Freedoms has also vowed to take Eggen to court if he pursues action against Christian schools for rejecting ministry instructions that violate their beliefs.

Cameron Wilson of the Wilberforce Institute, formerly Alberta Pro-life, told LifeSiteNews the NDP was hoping to use abortion, homosexuality, and transgenderism as “wedge” issues to alienate centrist voters from the proposed new conservative political party to be formed from the Progressive Conservatives and the Wildrose Party.

There are strong social conservative components in both parties, said Wilson, so the formation of a new party and the development of its platform will offer many opportunities for the NDP, with news media support, to paint them as hateful bigots for opposing gender theory, the LGBT agenda, or abortion. The subsequent leadership race will offer yet another opportunity. Both leaders, the PC’s Jason Kenney and Wildrose’s Brian Jean, have backtracked as they try to defend parents’ rights without appearing bigoted.