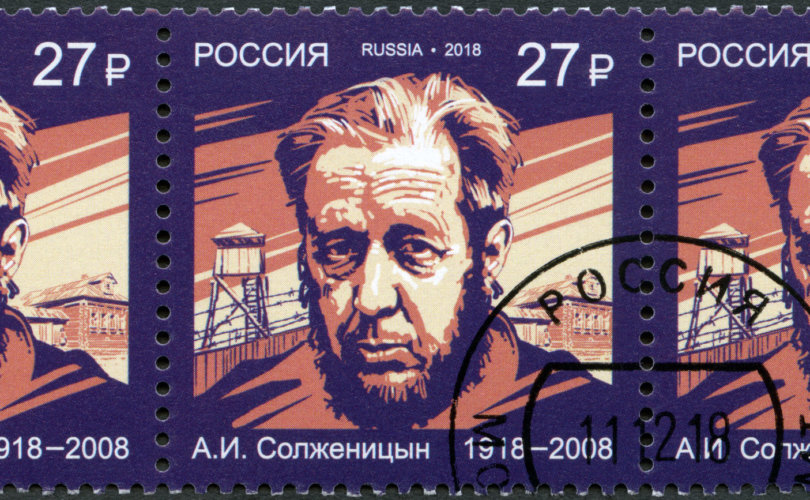 February 12, 2020 (LifeSiteNews) — Joseph Pearce is one of the world’s leading authorities on the late Russian writer and political prisoner Aleksandr Solzhenitsyn (1918-2008), author of The Gulag Archipelago.

During an interview with Canadian pro-life activist Jonathon van Maren, Pearce, who has interviewed Solzhenitsyn in person, explained what Solzhenitsyn thought about the West and what sort of advice he would have given to Christians were he alive today.

Solzhenitsyn would have “rejoiced” if “the Iron Curtain had come down and the cream of Western civilization had come in over the top,” Pearce says. But what really happened was “all the dregs of Western low-life culture came in.”

Pearce told van Maren that Solzhenitsyn believed communism was a poison and a form of Western imperialism originating in Germany.

“He sees basically Christendom as being something that unites Russia and the West. He absolutely believes that Russia is part of that civilization, but he is opposed to the Enlightenment … the ideas of modern Western philosophy from the time of the Enlightenment onwards is evil and needs to be countered,” Pearce said.

“The delicious irony now is Russia is much more conservative than the West, which is much more socialist,” Pearce added, pointing to the advancement of the LGBT movement in the United States as evidence of the West’s moral decay.

Van Maren and Pearce agreed the left is increasingly tyrannical, especially in its enforcement of political correctness. But Pearce, striking an optimistic tone, believes that the LGBT movement will cannibalize itself in a way not dissimilar from how communism destroyed itself.

Solzhenitsyn, Pearce continued, is an example of how to live when “the screws” are being tightened on those who dissent.

Pearce ultimately believes that it’s the East that will show the West how to get out of the mess it’s in today. He said Russia as well as Hungary’s Prime Minister Viktor Orbán are leading the way forward.

“The greatest witness we can be is to grow in holiness even as the tyranny is all around us. … We should not be too invested in the world. Evil is always in process of killing itself, because it kills innocent people at the same time. That's the tragedy. But we also believe there's a judge in heaven who will ensure that justice is done.”