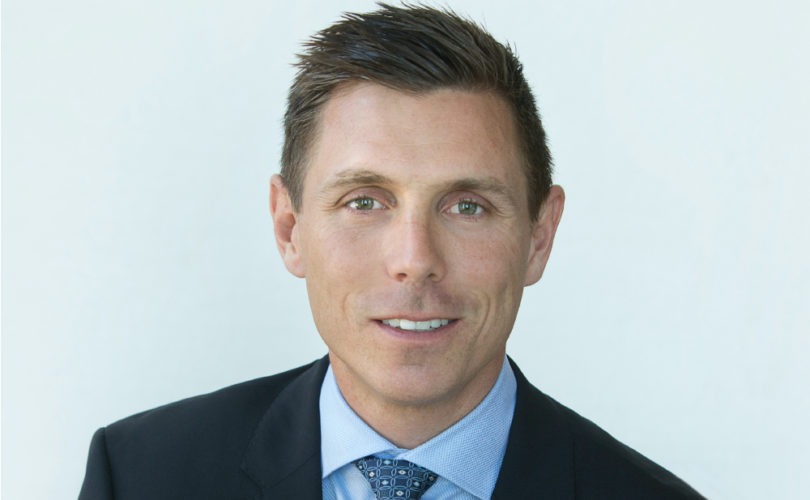 TORONTO, April 14, 2015 (LifeSiteNews.com) — Ontario MPP Christine Elliott claimed the province’s Progressive Conservative Party is a “toxic brand” during an April 11 debate in Windsor, ON, with Barrie MP Patrick Brown, who appears to have surged ahead of his sole opponent in the leadership race.

“We need to change the direction and tone of our party in order to win, because right now we’re not appealing to a lot of women. There’s a huge gender gap,” Elliott said, echoing an April 9 press release, where she took a jab at Brown by urging voters “not choose a leader whose outdated views fall far outside today’s mainstream.”

She commented at the debate that being PC is “not cool” among collegians. (Ontario PC Youth Association president Zack Goldford has endorsed Brown.)

Brown countered by saying the Tory establishment lost four elections by not listening to its people. “That top-down group that ran Queen’s Park did not value membership,” he said. “The grassroots wants their party back.”

A 36-year-old three-time MP, Brown’s campaign appears to have gained momentum since April 8, when he claimed support of 45,000 members – enough to win on the first ballot.

MPP Monte McNaughton pulled out of the race the next day and endorsed Brown, as did MPP Bob Bailey, bringing Brown’s Ontario caucus endorsements to five. Twitter political number-cruncher David Arteniw reported April 10 that both Brown’s campaign donations and number of donors have surpassed Elliott’s.

Party members vote May 3 and 7, and the new leader will be announced May 9.

A Mainstreet Technologies poll released Tuesday shows Brown taking 47 percent support compared to Elliott’s 41 percent, with 12 percent undecided. It also found that the PC Party is tied for support with Wynne’s Liberals whether Brown or Elliott is the leader.

Elliott, who is making her second run at the leadership after a failed 2009 bid, stated in her press release that “Patrick and Monte’s ideological rejection of a modern and inclusive Ontario will do nothing more than lose the next election and secure another term for Kathleen Wynne and her Liberals.”

“This is an outrageous thing to say for a candidate who purports to be a ‘conservative’,” notes Fonseca. “What was she referring to when attacking Brown’s supposedly ‘outdated views’? Did she mean his strong defense of parental rights against the Liberal sex-ed curriculum?”

Campaign Life Coalition endorses Brown as a pro-life, pro-family candidate, citing the federal backbencher’s perfect voting record on pro-life and pro-family issues, including his vote against C-279, or “bathroom bill,” which would make “gender identity” prohibited grounds for discrimination.

A former lawyer, four-term MPP and widow of federal Tory finance minister Jim Flaherty, Elliott’s voting record at Queen’s Park and her vocal support of a woman’s “right to choose” has earned her a Campaign Life Coalition “red light.”

In fact, CLC’s website states that Elliott “might be the most socially-liberal candidate to ever seek the PC Party leadership.”

The sex-ed curriculum introduces “gender fluidity” at Grade 3, along with homosexuality, and as Fonseca points out, “We already know that Elliott supports the theory of gender fluidity because she co-sponsored the NDP’s transgender ‘Bathroom Bill’ in 2012.” (That is Ontario’s Bill C-33, passed in June 2012, which adds, “gender identity” to prohibited grounds for discrimination.) “So it would stand to reason,” Fonseca contends, “she doesn’t have a problem with its injection into the Liberals’ early childhood sex-ed program.”

Opponents of the sex-ed curriculum point out that convicted child pornographer and former Liberal deputy minister of education Ben Levin – whose three-day sentencing hearing takes place this week – himself admitted to developing the 2010 sex-ed curriculum, which is virtually identical to the current one. Wynne, a self-declared lesbian who appears determined to force the curriculum into the schools, and Education Minister Liz Sandals have denied Levin’s involvement.

Brown has publicly criticized the sex-ed curriculum, which the Liberals intend to roll out this September despite growing parental opposition. At a February 24 rally at Queen’s Park, Brown stated that, “Kathleen Wynne’s approach to the issue of sex education has shown little but contempt for parents and families. She seems to think she knows what’s good for your kids – better than you do.”

Elliott, 60, the mother of triplet sons, also took a swipe at Brown’s record in her press release, calling him an “untested candidate with nothing more to offer than a life lived as a career politician” who “has done little of significance and has no substantive record.”

A bachelor and avid amateur athlete, Brown is also a former lawyer who ran his own firm in Barrie where he began his political career as a 22-year-old city councilor.

“It’s unfortunate that the Elliott campaign has chosen to go negative,” commented spokesperson for the Brown campaign, Tamara MacGregor, in an email to LifeSiteNews. “We will not respond in kind. Patrick will continue to work hard to rebuild the party, reaching out and connecting with Ontarians from every neighbourhood in every riding across Ontario.”

Brown told Laurie Watt of the Barrie Advance on April 9 that, “Ever since it became clear we had a three-to-one advantage in memberships, Christine’s team have increasingly focused on negative attacks ranging from baseless financial allegations which they recanted, to suppression calls to new Canadians, to today’s rather personal attack.”

All this politicking should not distract parents from noticing that, as CLC’s Fonseca says, “like our Liberal Premier, Christine Elliott believes your values and deeply-held beliefs are outdated and belong in the trash bin of history. Everyone who has a valid PC membership needs to show up and vote on May 3 or 7th for Patrick Brown.”