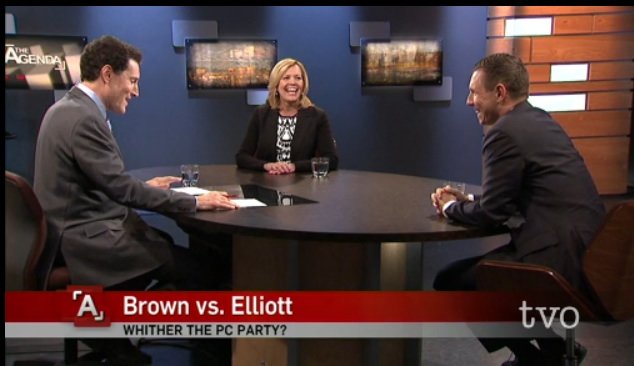 TORONTO, May 1, 2015 (LifeSiteNews.com) — Christine Elliott slammed social conservatives and played the fear card in an April 30 TVO debate against Patrick Brown, her single opponent in the race for leadership of Ontario’s Progressive Conservative Party. The self-proclaimed “progressive” candidate warned that if Brown wins, the “far right” will “take over” the party.

This only provides further proof that Elliott is “staunchly entrenched in the sexual left” and is “hostile to pro-life values and parental rights,” says Jack Fonseca, spokesman for Canada’s national pro-life lobby group Campaign Life Coalition.

In the debate, which is posted online and airs on TVO’s The Agenda tonight, the 60-year-old Elliott, who is taking her second run at the leadership, raises fears that “social conservatives” will influence the party.

“Patrick represents the constituency that I’m concerned about. The social conservative group within the party would take over and I think that’s not where people want us to go,” Elliott said.

“Most of the people in Ontario are in the centre right but not that far right, and I just don’t think we will win if we go out with that kind of position in the next campaign,” the MPP for Whitby-Oshawa continued.

That “far right” Elliott dismisses so easily and disdainfully is, in reality, thousands and thousands of everyday Ontario parents rightly horrified that the Wynne Liberal sex education will violate their children’s innocence, points out Fonseca.

Based on her record as an MPP, Elliott will be no better than Wynne in opposing the controversial sex-ed curriculum, he predicted.

Elliott is pro-abortion, an advocate of the “so-called choice to kill an unborn child.”

And, tellingly for parents opposed to the sex-ed curriculum, she fully supports the “gender identity” agenda, Fonseca told LifeSiteNews.

Elliott co-sponsored Ontario’s Bill 33, which added “transgenderism” as a prohibited grounds for discrimination to the province’s Human Rights code.

Dubbed the “Bathroom bill” and passed in June 2012, Bill 33 “grants the legal right for biological males who have not even had a sex change to enter women’s washrooms,” Fonseca said.

And while Elliott has been “somewhat critical” of the Liberals’ consultation process on the sex-ed curriculum, “she’s never said she’s against any of the content,” Fonseca observed.

Teresa Pierre of Parents as First Educators (PAFE) also warned in an April 24 letter to supporters that Elliott “would stop any efforts of protesting or holding Kathleen Wynne’s Sex-Ed Agenda to public scrutiny,” and that if Elliott “wins the leadership of the PC Party, Ontario parents will have no pro-parent, pro-family option in the next election.”

“I support Patrick Brown because Christine Elliott would oppose and ultimately try to end our efforts to oppose Kathleen Wynne’s S/x-Ed Agenda in the Ontario Parliament,” Pierre wrote.

She pointed out that Elliott, in “one of the nastiest attacks I have ever read in politics,” accused Brown of “outdated views,” after candidate Monte McNaughton dropped out and endorsed Brown.

With that attack, “Christine Elliott exposed herself politically – she sounds exactly like Kathleen Wynne!” Elliott “belittles that those of us who want to protect parental rights and the innocence of our children.”

Meanwhile Elliott, as if to confirm Brown’s accusation that she is nothing but “Liberal-lite,” told reporters after the TVO debate that her message resonated with “a lot of Liberals, or people who voted Liberal last time really by default because we didn’t represent that credible alternative.”

She also claimed during the debate that the PC Party had a “huge gender gap” and did not appeal to either young people or “new Canadians.”

Brown, a three-time Tory MP for Barrie who has a perfect voting record on pro-life issues, said that Elliott has attacked him and Monte McNaughton as “not representing the modern PC Party” and “attacked my position on the sex-ed curriculum.”

“I would have voted against the [sex-ed] curriculum if it came up at Queen’s Park,” Brown said in the debate. “The promised consultation did not happen.”

Brown criticized the PC Party’s “massive push to the left, to become a Liberal-lite party,” and tendency to “mimic the Liberal party. … We can win as Conservatives, we can win and have the courage of our convictions.”

The leadership vote takes place on May 3 and May 7, after which the party will announce its new leader at a May 9 convention. PC Party members can find their voting station here, or call the Brown campaign: 1-844-772-8742.