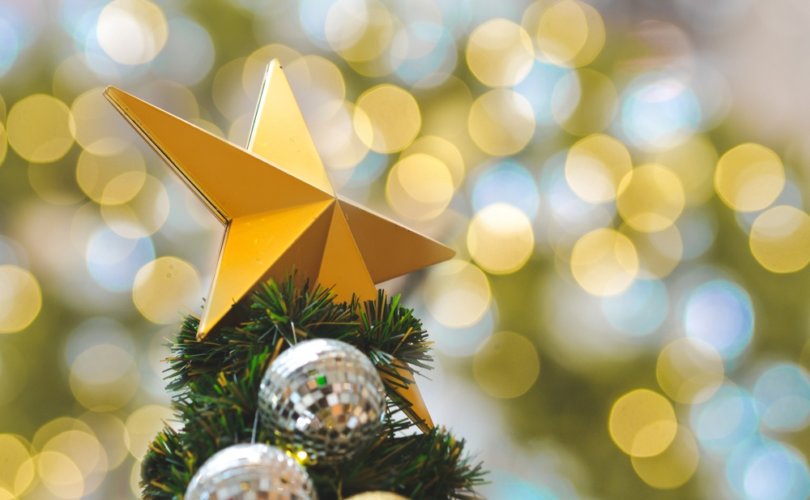 December 23, 2017 (LifeSiteNews) — Christmas: It’s the best of times and the worst of times — to borrow a phrase from the creator of that greatest of Christmas characters, Ebenezer Scrooge.

Come to think of it, Scrooge himself personifies the best and worst of this singular Christian feast.

A selfish, grasping man, he was shocked into conversion when the ghost of Christmas future revealed to him how empty and loveless his life was.

But how can Christmas not be the best of times and the worst of times, as that’s the world Christ came to redeem.

A world where Joseph couldn’t find a place to stay in Bethlehem with Mary ready to give birth, but an innkeeper mercifully opened the stable.

A world where Western society embraces the diabolical madness of abortion, where children are torn limb by limb from the womb, but where people try in every way to offer love and support.

A world where Mary Wagner saves a baby, and is locked up in jail for Christmas for doing so.

A “mixed up, muddled up, shook up world” where girls will be boys and boys will be girls, as the Kinks sang long ago, but where the Church repudiates gender ideology and upholds the beauty of the complementarity of the sexes as made in the image and likeness of God.

And a world where, as Aleksandr Solzhenitsyn points out, the “line dividing good and evil cuts through the heart of every human being.”

But hearts must choose.

And that, for all its joy, beauty, light and peace, is the starkness of Christmas, and no amount of consumerism can empty the feast of its significance.

Because not only does it make us choose, but more than any other time of year, it illuminates our choices, and lets us see how they affect us and others, even when we just don’t want to.

It’s impossible not to make a choice about Christmas, even if the choice is not to choose. Even by virtue of attempting to dodge it, you can’t escape it.

“I say, there is no memory of him here,” as the poem goes, “And so stand stricken, so remembering him.”

Now, anyone who’s reached adulthood cannot genuinely wonder why anyone would want to skip Christmas.

People try to dodge it for a million reasons: irreligion, loneliness, alienation, poverty, despair, homelessness, miserliness, discouragement, addiction or downright orneriness and contrariness — to prove you can.

If you are unattached, no spouse or children, you might feel uncomfortable being in another family’s home for Christmas, though grateful for the invite.

And then there’s the in-law politics. So I have observed.

Now some would argue there is no choice here.

They can’t opt out of Christmas, even if they want to, if only for the fact that they’ll be paying for it until July.

And then there are those who are locked into Christmas traditions even though they aren’t Christian.

Some of the most irreligious people I know have inviolate Christmas rituals: the tree decorated on this day, the lights put up on that, the gift list, the gentle cadence of the Christmas morning schedule, breakfast followed by gift opening followed by a brisk morning walk.

And if at one point an adult child breaks away, it takes on almost religious significance.

Christmas carries the grace to reveal to us not just our external choices that may seem no choice at all, but also our interior choices.

That’s because, of course, it marks when the world changed.

But the angel said to them, ‘Do not be afraid. I bring you good news that will cause great joy for all the people. Today in the town of David a Savior has been born to you; he is the Messiah, the Lord. This will be a sign to you: You will find a baby wrapped in cloths and lying in a manger.’ Suddenly a great company of the heavenly host appeared with the angel, praising God and saying, ‘Glory to God in the highest heaven, and on earth peace to those on whom his favor rests’. – Luke 2:1-20

Christmas marks the birth of the Incarnate Word of God, who took on our nature and dwelt amongst us to save us, and whose coming broke through the darkness of sin and death to shine a light on every human heart, irrespective of how receptive that heart might be.