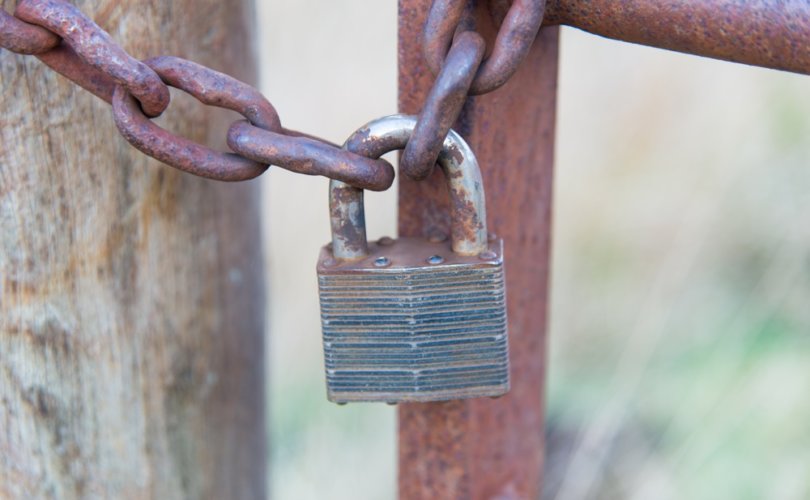 TORONTO, March 25, 2020 (LifeSiteNews) — Abortion centers are open for business but churches are locked in Ontario and Quebec as the two provinces ordered the shutdown this week of non-essential services because of the Wuhan flu pandemic.

Both orders took effect midnight, March 24, with Premier Doug Ford shutting down non-essential services in Ontario for two weeks and Premier François Legault closing down those in Quebec for three weeks.

Quebec reported Wednesday that six people had died from the coronavirus and that the number of confirmed cases rose to 1,339 from 628 on Monday. There are 78 people in hospital with the virus, and of these, 35 are in intensive care, according to CTV News Montreal.

Ontario reported Wednesday that nine people had died from the virus and that the province had 671 confirmed active cases, according to Global News.

However, despite the clampdown, abortion centers in both provinces — which together account for more than half of Canada’s population of 37 million — are open.

“Access to abortion is maintained for any woman who requests it. There are no plans to discontinue these services,” Robert Maranda, spokesperson for Health Quebec, told LifeSiteNews in an email.

Likewise, Ontario includes “independent health institutions” in its list of 74 essential services, which covers abortion centers, although the Ministry of Health did not respond to requests from LifeSiteNews to confirm this.

The Abortion Rights Coalition of Canada also asserts that abortion centers are open during the pandemic, and several Ontario abortion facilities verify this on their websites.

Meanwhile, on March 20, Archbishop Christian Lépine of Montreal ordered all churches in his archdiocese closed, as did Cardinal Gérald Lacroix, archbishop of Quebec, in a statement that cited new directives from civil authorities. The Quebec bishops had already canceled all Masses and church events across the province March 15.

“In the face of a crisis, they immediately close our churches as ‘non-essential,’ but they’re adamant about keeping our abortion facilities open,” he told LifeSiteNews.

“Sad to see, but not surprising given the trajectory of Quebec society in the last decades. We have much to pray and fast for this Lent.”

The “really essential work” is praying outside abortion facilities, as his colleague continues to do, while “certain Montreal abortionists ‘continue their essential work’ of killing the next generation, thereby contributing to what has made now aging countries like Italy vulnerable to viruses,” added Buscemi in a post on the CQV website.

Likewise, Ontario’s Catholic churches have been locked up indefinitely as of March 24.

In the case of the Ottawa archdiocese, the local health authority ordered the churches closed, on the pain of a $250,000 daily fine for violation.

In other areas, such as Toronto, it is not clear if a municipal, county, or provincial health authority directly ordered the closure, or if the bishops concluded that as churches aren’t listed as essential services, they are legally obligated to lock up.

LifeSiteNews contacted health minister Christine Elliott to confirm if the province explicitly ordered church closures but did not receive a response by deadline.

However, Progressive Conservative MPP Christine Mitas implicitly confirmed that this was the case in a response to Steve Jalsevac, co-founder of LifeSiteNews, when she dismissed his request that the Ford government designate churches as essential services.

That this had not done in the face of massive societal upheaval caused by the pandemic was “of very serious concern to my family and many of my Catholic neighbours and friends and family across the province,” wrote Jalsevac.

“At least in my Catholic faith, the Church is a crucial source of much-needed counsel from the priests and is considered absolutely essential as the very best place to go to pray to ask God to intervene for the best outcome of this frightening situation.

“This has been the case for millennia and most civil authorities, Catholic or not, have long recognized the great importance of the need for citizens to attend Church services or just to pray for God’s intercession to alleviate our anxieties and fears,” he noted.

“It is of course acceptable to have social distancing, sanitizing of hands and other practical rules in place to make sure those attending at Church do not aggravate the situation, but the total closure of the Churches makes no sense at all,” Jalsevac stated.

“Never in the history of Canada has this been mandated[.] … The province MUST designate Churches as being one of the essential services not required to close but also still required to follow basic virus containment procedures. I urge you to make that change as quickly as possible.”

But Mitas justified the government’s action in a return email.

“I share your assertion that the Catholic Church is an important spiritual and cultural institution — both here in Ontario and around the world,” she wrote. “However, at this point, the Ontario government has decided to limit gatherings as far as practical. I understand your frustration that the Catholic Church is not part of the essential businesses/services list. Still, there is nevertheless a substantial risk that comes with attending services and places of worship,” added Mitas.

“You are quite correct when you assert that this decision is unprecedented; we have never taken action such as this in the past when faced with a crisis — but the nature and scale of this crisis are unique. We must do everything that is within our power to fight this outbreak and flatten the curve.”

Premier Ford stated at a Tuesday press conference that Ontario’s list of essential services “can be adjusted either way…it’s an open list.”