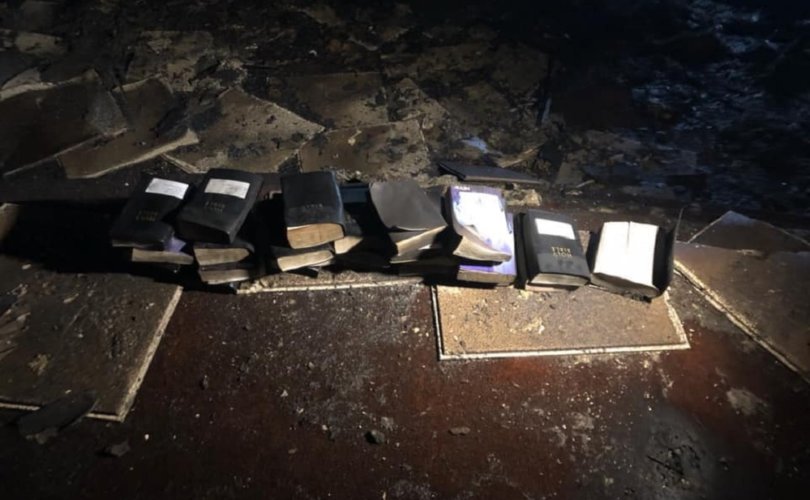 The Coal City Fire Department described the blaze as “so hot that at one point in time, firefighters had to back out.” Yet not just the Bibles, but also the crosses were spared, according to the responders at the scene. So were the firemen themselves: “Not a single bible was burned and not a single cross was harmed!! Not a single firefighter was hurt!”

In a comment under the post, Facebook user Dean Vandall declared, “Out of every structure fire I have responded to in the past 20 years, not one bible has burned, they might have smoke damage or [charred] around the edges but you could still read every page. … It just goes to show that God's word is more powerful than the devil's fire and fury no matter how hot it gets.” The comment received over 9,000 reactions.

Freedom Ministries Church is located in Daniels, a West Virginia mountain town of about 2,000 people, some 65 miles southeast of Charleston.

Freedom Ministries is not the only site where Bibles survived a devastating fire. In Alabama in January, a family found their house burned down, with everything destroyed except the father's Bible. Likewise, an Oklahoma man discovered his unburnt childhood Bible in the charred remains of his truck last December.

“We will fight the enemy and not let him hold us down,” Freedom Ministries declared in a Facebook post on the fire. “In the midst of the smoke you can see Jesus. He was there with us!”