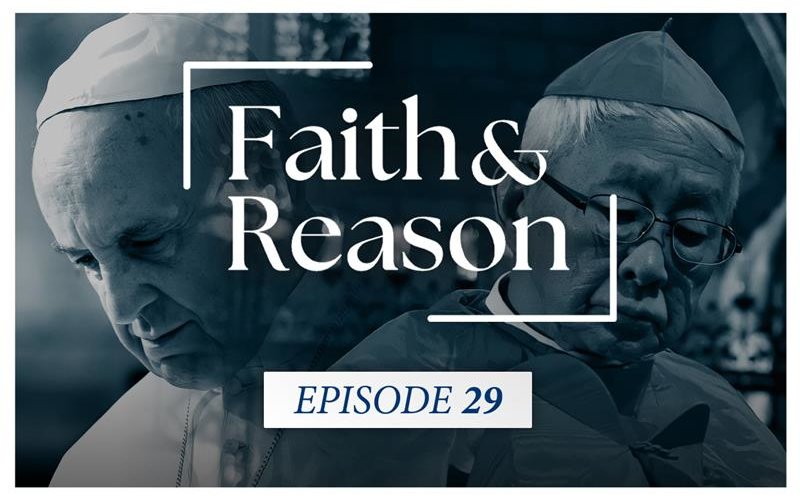 (LifeSiteNews) — On this week’s Faith & Reason, the panel reacts to the formal correction of Pope Francis’ statement on Holy Communion by several bishops and scholars, the recent controversy over the Pope signing an “ecumenical” document that asserted (before it was modified) that God wills “differences in religion,” the delayed trial of Cardinal Joseph Zen, and Belgian bishops endorsing the idea of blessing ceremonies for same-sex “couples.”

Liz Yore’s “working theory” on why the “willing differences in religion” part changed in the Declaration of the 7th Congress of Leaders of World and Traditional Religions is because Bishop Athanasius Schneider intervened and “spoke truth to power.”

“The document is still up on the website for the conference written in its original form, which is problematic because it’s signed by Francis. But the Vatican has backed off it. I suspect it’s because of Bishop Schneider and actually the strong bishops in Kazakhstan,” she says.

Vis-à-vis the trial of Cardinal Zen, the judge has contracted COVID and the trial has been pushed back for a few more days. The Vatican, however, continues to refuse Cardinal Zen any public show of support. The Pope has chosen to keep open the “path of dialogue” with the Chinese Communists instead of defending the 90-year-old cardinal.

Father James Altman points out that for the Pope and most every other leftist, “dialogue” is code for “we’re going to tell you and you’re going to follow it without question.”

“It’s the same exact quote that goes, ‘The most intolerant are those who preach tolerance.’ The most disinclined to dialogue are those who proclaim or preach dialogue because they’re not dialoging with anybody,” he says. “Jorge Bergoglio is not dialoging with anybody. And his betrayal … not just to Cardinal Zen, but to other religions who are being persecuted under communism in China and here in the United States even, he’s not dialoging. He’s not defending … the deposit of faith …”

“He has one job to do: defend the deposit of faith,” Father continues, “and the thing about this, is this is not a one-off example of his utter and complete failure [to do so].”

For much more on the chaos in the Church, listen to today’s episode below or scroll above to watch the video.