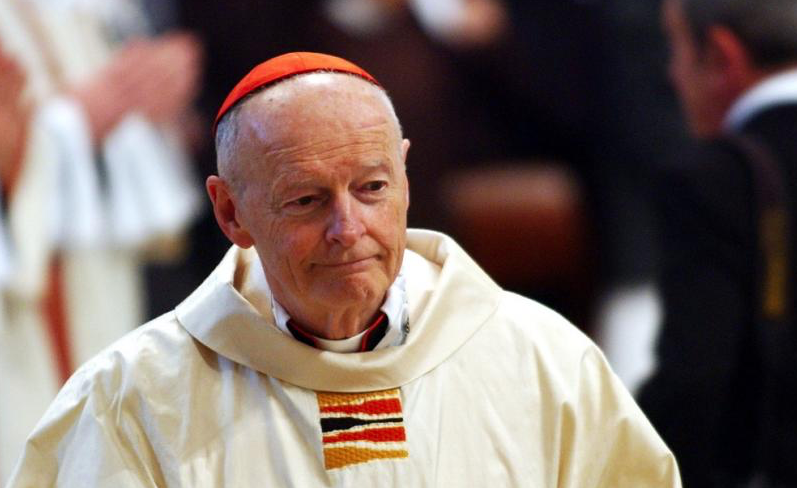 VICTORIA, Kansas, September 29, 2018 (LifeSiteNews) – A school official in the small town of Victoria, Kansas says Church leaders did not inform them that the disgraced former cardinal, Theodore McCarrick, would be moving in next door to an elementary school.

The Archdiocese of Washington announced Friday that McCarrick, 88, had moved into St. Fidelis Friary in Victoria, with the permission of the local bishop, Gerald L. Vincke of the Diocese of Salina.

The friary is attached to the Basilica of St. Fidelis, which is right next door to Victoria Elementary School and only five blocks from Victoria High School.

“I was never made aware of it until I found out through social media today,” Kent Michel, the elementary school’s principal, told the Kansas City Star on Friday.

The Star says they asked Michel if the school had told parents of McCarrick’s new living arrangements, and he replied, “I’ll be getting with my board. I really don’t have a comment on it right now.”

McCarrick, the former Archbishop of Washington, DC, and a prominent liberal, lost his cardinal’s hat and was told to withdraw from public ministry in July after a credible accusation that he sexually abused a teenager.

Pope Francis named Vincke as bishop of Salina in June. He was consecrated and installed as bishop on August 22.

Vincke told the Star: “I am not aware that the school was notified, but I need to double check with the friary.”

In a letter to the faithful yesterday, Bishop Vincke explained why he welcomed McCarrick into the diocese.

“I realize this decision will be offensive and hurtful to many people,” he said. “Please know that I agreed to this arrangement with the understanding that Archbishop McCarrick is excluded from any public appearances and ministry. Our diocese is not incurring any cost in this arrangement.”

“In saying ‘yes,’ I had to reconcile my own feelings of disappointment, anger and even resentment toward Archbishop McCarrick,” said the bishop.  “I had to turn to Christ for guidance.”

Neither the Archdiocese of Washington nor Bishop Vincke note in their statements the close proximity of McCarrick’s new residence to schools or the parish.