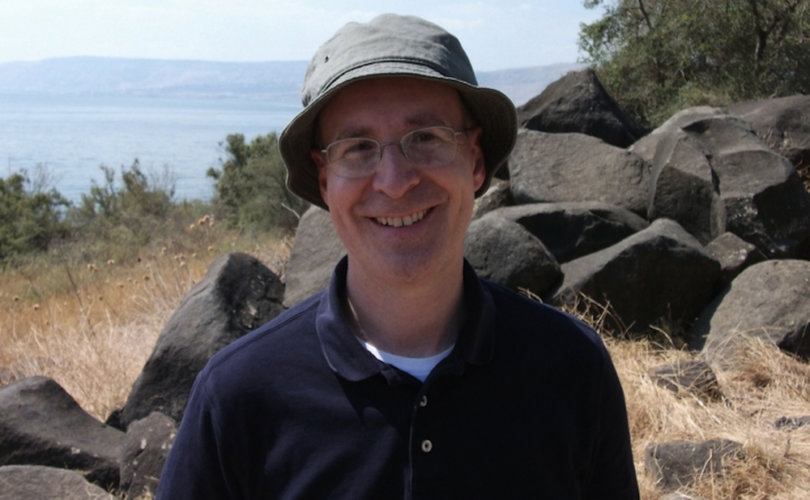 Martin’s book, Building a Bridge: How the Catholic Church and the LGBT Community Can Enter Into a Relationship of Respect, Compassion and Sensitivity is critical of the church’s pastoral approaches to the “LGBT community.”

Fr. Gerald Murray explains in the National Catholic Register that Martin goes further, asserting that the Church “must now switch to a new teaching, namely that the union of man and woman in marital love is not the only path for the true and good expression of human sexuality.”

Fr. Murray cuts through the layers of sentimentality and misinformation that now engulf and entwine discussion about about the LGBT world, especially within the Catholic Church:

“The real purpose of this book is to advocate for a relaxation of the Church’s teaching that sodomy is gravely immoral and that any attraction to commit acts of sodomy is an objective disorder in one’s personality,” said Murray. “The thesis of this book is that lesbians, gays, bisexual persons and transsexual/transgendered persons have been made to be such by God, and thus they should gladly live and express their God-given, differently ordered sexuality in a differently ordered way.”

Daniel Mattson, a same-sex attracted man whose book Why I Don’t Call Myself Gay was published on the same day as Fr. Martin’s pro-gay book, explains, “The reframing of human sexuality from behavior to identity has brought about a lot of confusion in the world, especially among young people. … It is the ‘greatest single victory of the gay movement.’”

According to Murray, Fr. Martin “assumes that God made some people by design to be homosexual and thus any disapproval of homosexuality and even homosexual activity is in fact an attack on God’s plan.” Fr. Murray points out, “This, of course, cannot be squared with Catholic teaching — it is the rejection of that teaching.”

In this way, the Jesuit Fr. Martin has aligned himself with the gay movement, not the Catholic Church.

“Father Martin rejects the teaching of the Catechism of the Catholic Church that the ‘inclination’ to ‘homosexual tendencies’ is ‘objectively disordered’” (2358).

Philadelphia Archbishop Charles Chaput has also criticized Father Martin for failing to be clear about the sinfulness of homosexual acts.

Chaput said that while Martin is correct in stating that the Church must have “respect, compassion and sensitivity in dealing with persons with same-sex attraction,” this does not give a license to him or other influential leaders within the Church to suddenly start ignoring Biblical teaching on sexuality.

Pointing to St. Paul’s condemnation of homosexual practices, Chaput added: “If the Letter to the Romans is true, then persons in unchaste relationships (whether homosexual or heterosexual) need conversion, not merely affirmation. If the Letter to the Romans is false, then Christian teaching is not only wrong but a wicked lie. Dealing with this frankly is the only way an honest discussion can be had.”

Cardinal Robert Sarah, prefect of the Vatican’s Congregation for Divine Worship and the Discipline of the Sacraments, recently issued an impassioned plea to his fellow bishops and priests in his foreward to Why I Don’t Call Myself Gay.

He delivers a strong rebuke, calling attention to the fact that the Church teaches “ … things in the Catechism about homosexuality that some members of the clergy choose not to quote, including the clear warning: ‘under no circumstances can [homosexual acts] be approved’ (CCC 2357). The respect and sensitivity to which the Catechism rightly calls us does not give us permission to deprive men and women who experience SSA (same-sex attraction) of the fullness of the Gospel. To omit the ‘hard sayings’ of Christ and his Church is not charity.”

Those prelates and clerics who justify homosexuality challenge the Church’s genuine understanding of the human person and of human sexuality, sweeping aside authentic Church teaching and endangering, rather than helping, those who are same-sex attracted.

In a phrase abounding with as much love as it is truth, Cardinal Sarah warns, “We cannot be more compassionate or merciful than Jesus.” The “hard sayings” of Jesus are often the ones which have the most power to deliver from darkness and transform lives.

Yet as Fr. Murray points out, Fr. Martin insists on proposing an alternate catechism.

Brian Williams, the “liturgy guy,” goes further: “The rogue Jesuit (which might be redundant), described by some as a wolf in sheep’s clothing (or Roman collar), has apparently made it his personal mission to change the faith of our fathers.”