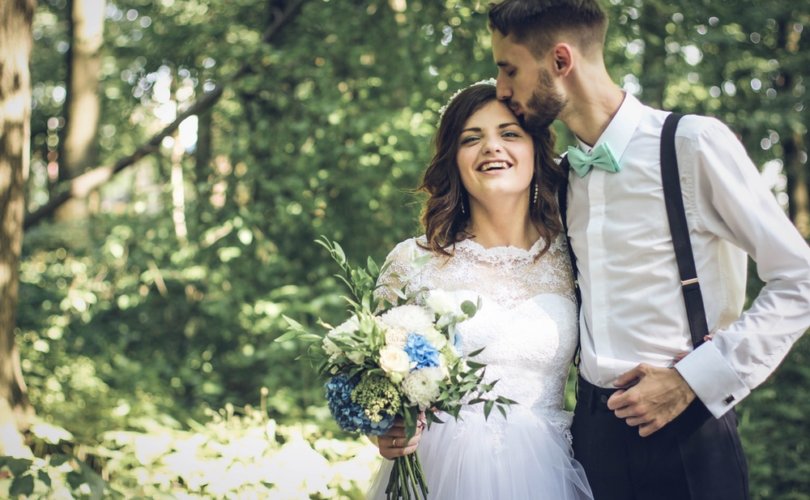 CANTERBURY, England, January 31, 2020 (LifeSiteNews) ― The leaders of the Church of England have apologized for saying that sex is only for heterosexual married couples.

We as Archbishops, alongside the bishops of the Church of England, apologise and take responsibility for releasing a statement last week which we acknowledge has jeopardised trust. We are very sorry and recognise the division and hurt this has caused.

At our meeting of the College of Bishops of the Church of England this week we continued our commitment to the Living in Love and Faith project which is about questions of human identity, sexuality and marriage. This process is intended to help us all to build bridges that will enable the difficult conversations that are necessary as, together, we discern the way forward for the Church of England.

Last week the Mother Church of the Anglican Communion surprised the world by issuing a pastoral statement that professed faith in the traditional, Scripture-based, Christian definition of marriage.

The Church of England stated that the legal recognition of same-sex “marriage” in 2013 meant “for the first time … that a substantive gap emerged between the Church’s understanding of marriage and that of the State.”

“It has always been the position of the Church of England that marriage is a creation ordinance, a gift of God in creation and a means of his grace,” it explained.

“Marriage, defined as a faithful, committed, permanent and legally sanctioned relationship between a man and a woman making a public commitment to each other, is central to the stability and health of human society,” it continued.

“We believe that it continues to provide the best context for the raising of children, although it is not the only context that can be of benefit to children, especially where the alternative may be long periods in institutional care.”

The Church of England then referred to its own Book of Common Prayer to explain why it teaches that “sexual intercourse…properly belongs within marriage exclusively.”

“The Church of England’s teaching is classically summarised in The Book of Common Prayer, where the marriage service lists the causes for which marriage was ordained, namely: ‘for the procreation of children, …for a remedy against sin [and]…. for the mutual society, help, and comfort that the one ought to have of the other,’” it proclaimed.

“In the light of this understanding the Church of England teaches that ‘sexual intercourse, as an expression of faithful intimacy, properly belongs within marriage exclusively’ … . Sexual relationships outside heterosexual marriage are regarded as falling short of God’s purposes for human beings.”

After the document was issued, the bishops found themselves assailed in the press by LGBT activists, the National Secular Society, and dissenting Anglicans.

“I am a lifelong member of the Anglican communion,” said a Dundee-based contributor to the UK’s left-wing Guardian.

“My current situation in life is that I am happily married – have been for over 30 years – to a woman who is also a lifelong member of the Anglican communion,” he continued.

“However, in 2014 I transitioned, and changed from my birth gender, as a man, to my present gender, as a woman. Just for clarity, then, I would be interested to know whether the Church of England’s latest teaching [sic] says that my marital relationship with my wife is problematic because we are both women? Or whether it says that I am ‘not really a woman’, and so my marital relationship at any rate is quite unproblematic?”

Having offended those who do not believe the perennial Christian doctrine that sexual intercourse “properly belongs” exclusively to heterosexual marriage, the Church of England has now offended its members who do with its apology.

Andrea Williams, a lay General Synod member in the Church of England, stated in a press release that she was surprised by the apology and found it “astonishing.”

“An apology should only be made when you have done something wrong,” she wrote.

Williams, who is also the executive director of Christian Concern, an Evangelical advocacy group, stated that the bishops are in the “ridiculous position” of appearing to be “sorry for the offence caused by proclaiming the doctrine of marriage.”

“Marriage is a beautiful gift of God for the benefit of society and for the raising of families,” she continued.

“It is the bishops’ job to discipline clergy who deliberately and openly promote and practise sex outside marriage. To instead apologise for jeopardising trust and the ‘hurt’ this caused is to fail to give broken people the liberating hope they need – found only in Jesus and his truth.”

Williams added that marriage is not “something to be apologised for” but to “be celebrated and upheld by our Bishops.”

“It is tragic that the Archbishops are apologising for clearly stating the doctrine of marriage. They should be clear and unashamed about what marriage is and how it is the best foundation for a vibrant and flourishing society,” she continued.

“Marriage is good for men, women and children and exactly what the House of Bishops should be championing.”

Cardinal John Fisher, the Bishop of Rochester, was beheaded in 1535 for his unapologetic faith in the sanctity of marriage.