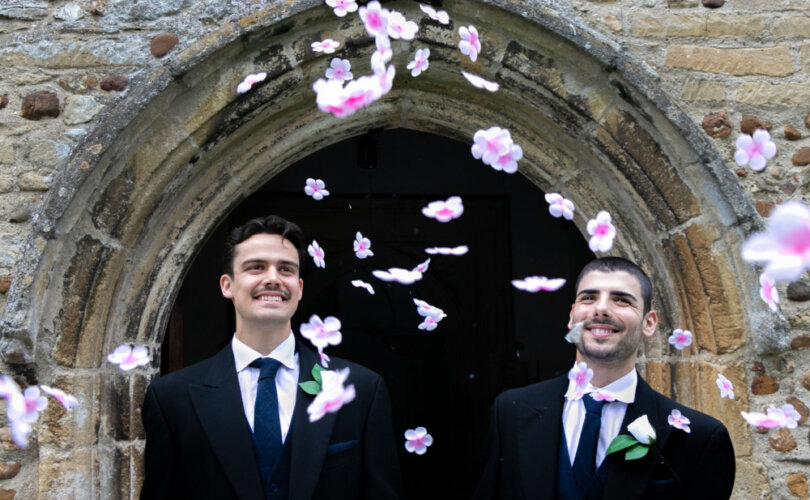 LONDON, England (LifeSiteNews) — The Church of England approved blessings for same-sex civil unions for the first time after an intervention from a cabinet member urging the church to overturn its ban on same-sex “marriage.”

Although stopping short of allowing a full-blown, solemn church wedding for same-sex couples, the Anglican bishops of England are allowing church blessings for gay and lesbian civil unions that will include “prayers of dedication, thanksgiving and God’s blessing following a legal marriage ceremony.” The matter will be reviewed next month in a General Synod of the bishops in London.

Anglican Archbishop of Canterbury Justin Welby defended the new policy. “This response reflects the diversity of views in the Church of England on questions of sexuality, relationships and marriage,” he said in a statement. “I rejoice in that diversity and I welcome this way of reflecting it in the life of our church.”

“I am under no illusions that what we are proposing today will appear to go too far for some and not nearly far enough for others, but it is my hope that what we have agreed will be received in a spirit of generosity, seeking the common good.”

Rehearsing the mantra of inclusion and “welcome,” the archbishop declared, “Most of all I hope it can offer a way for the Church of England, publicly and unequivocally, to say to all Christians and especially LGBTQI+ people that you are welcome and a valued and precious part of the body of Christ.”

The Bishops’ response to Living in Love and Faith reflects our diverse views after deep prayer, study and reflection. I hope these new Prayers of Love and Faith for same-sex couples say to all Christians and especially LGBTQI+ people that you are welcome, valued and precious. https://t.co/vM8oJrYVY1

According to reports, the bishops will publish a formal apology on Friday to the LGBTQ+ community for the Church of England’s previous “rejection, exclusion and hostility.” Anglican clergy and parishes will be urged to welcome gay and lesbian couples “unreservedly and joyfully.”

Archbishop of York Stephen Cottrell went so far as to speak of the Church of England’s casting off the biblical teaching on homosexuality as repentance from sin. “We are deeply sorry and ashamed and want to take this opportunity to begin again in the spirit of repentance which our faith teaches us,” Cottrell said. “This is not the end of that journey, but we have reached a milestone and I hope that these prayers of love and faith can provide a way for us all to celebrate and affirm same-sex relationships.”

The question of same-sex “marriage” has been debated in the Church of England for five years, with the Anglican Church in Wales allowing blessings of same-sex marriages and civil partnerships since September 2021.

The new stance of Anglican bishops in England followed an unprecedented intervention this week by Penny Mordaunt, the leader of the House of Commons who in a letter to the bishops pressured the Church of England to allow “parishes and clergy to conduct weddings for same-sex couples, or at a minimum, authorize blessings.”

I have written to the Bishop of Portsmouth in advance of February’s General Synod regarding discussions on how the Church will move forward on the issue of same sex relationships. I hope they will back reform. pic.twitter.com/MqGWhgmxjS

After the bishops’ decision, former cabinet minister Ben Bradshaw threatened that since the Church of England was still not allowing full solemn Church weddings for same-sex couples, it should lose its “established status.” He lamented in the House of Commons that there was “no substantial change to the church’s current ban on same-sex couples being married in church in England,” declaring, “Many members across this House, I would judge a majority, believe that by continuing to exclude lesbian and gay people from its full rights, the church is no longer compatible with its established status, which confers the duty to serve the whole nation.”

It is perhaps not surprising that the Church of England, which broke from Rome over the question of Henry VIII’s desire to divorce and remarry, has now departed even further from Christ’s teaching and that of Scripture on sexual morality and marriage. In Germany, the Catholic bishops appear set on a similar course.