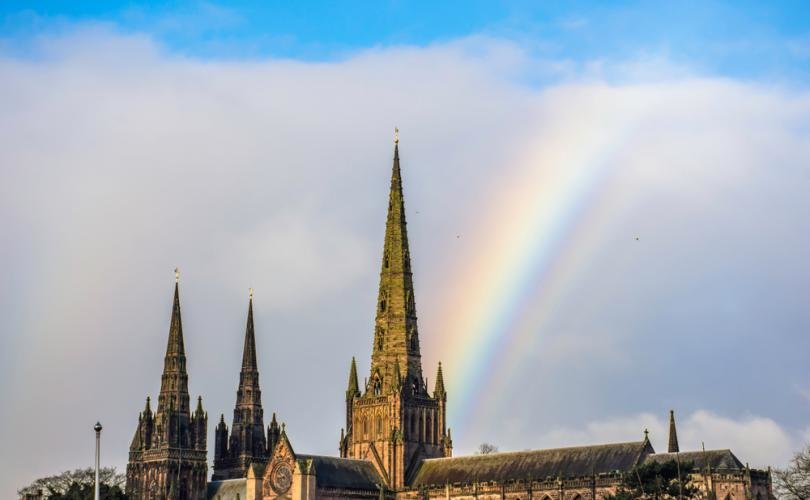 ENGLAND, July 8, 2019 (LifeSiteNews) — Controversy has erupted over the Church of England announcing that it will recognize same-sex “marriages” in limited circumstances, specifically when one member of a natural marriage claims to have “transitioned” to the same sex as his spouse.

On Friday, the church published answers to more than 100 questions ahead of its General Synod to decide the church’s position on various doctrinal and theological subjects, Christian Today reports.

“Given that the Church of England’s teaching about marriage is that it is a lifelong and exclusive union between one man and one woman, if one person in a couple undergoes gender transition, has consideration been given as to whether they are still married according to the teaching of the Church of England?” asked Prudence Dailey, churchwarden of St. Michael at the North Gate.

“When a couple marry in church they promise before God to be faithful to each other for better for worse, for richer for poorer, in sickness and in health — come what may, although we preach compassion if they find this too much to bear,” bishop of Newcastle Christine Hardman answered. Further, “never in the history of the Church has divorce been actively recommended as the way to resolve a problem. We have always prioritised fidelity, reconciliation and forgiveness, with divorce as a concession when staying together proves humanly unbearable[.]

“In the light of those two points, if a couple wish to remain married after one partner has transitioned, who are we to put them asunder?” Hardman concluded.

The unusual scenario laid out here does not truly constitute a homosexual union — a gender-confused individual who “identifies” as the opposite sex has not actually changed his sex, therefore the marriage still consists of one man and one woman. However, the Church of England’s credulous use of the term “married” for two people it considers as of the same sex opens the door to recognition of actual same-sex couples as “married.”

Last December, a pastoral guidance called for blessing sex “transitions” by using gender-confused individuals’ preferred names and pronouns and even proposed ceremonies for such people to “renew the commitments made in baptism in a public setting and provides space for those who have undergone a major transition to re-dedicate their life to Jesus Christ.”

“The current confusion about human sexuality in the Church of England actually has its roots in decisions taken some ninety years ago” such as accepting artificial contraception, ordaining female priests and bishops, and compromising on homosexuality, wrote Fr. Dwight Longenecker, a South Carolina–based Catholic priest, author, and public speaker.

“The decision to recognize and endorse this gender confusion — indeed to bless it — is only the next step in the Church of England’s whole sale abandonment of traditional views on human sexuality,” he warned, “and as all things Christian are connected — to the abandonment also of anything recognizable as historic Christianity.”

Even so, pro-LGBT activists complain that the Church of England is insufficiently pro-trans.

“It is clear that because this only applies to couples who married before the transition the Bishops do not really accept the transition at all,” Dr. Jane Hamlin, head of the pro-trans Beaumont Society, said, The Telegraph reports. “They still see the trans man or trans woman as he/she was appearing at the time of the wedding. This is disappointing.”

It “certainly looks” as though the Church of England still won’t accept a transgender parishioner’s “true” sex, homosexual “married” ex-priest Andrew Foreshew-Cain told Gay Star News. “This isn’t them being accommodating and being nice. This is them enacting homophobic and transphobic policies.”