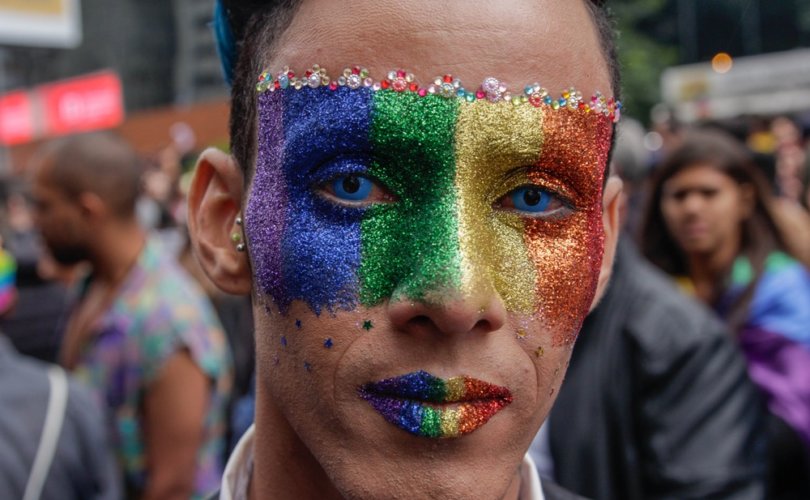 UNITED KINGDOM, December 11, 2018 (LifeSiteNews) – While the Church of England – the largest Christian denomination in the United Kingdom – is stopping short of calling its newly instituted blessing for “transgenders” a second baptism, priests are being directed to offer baptism-style ceremonies for those announcing their new sexual identity.

In a newly issued pastoral guidance, clergy are being told to call men by their new female names, and women by their new male names. The guidance declares, “For a trans person to be addressed liturgically by the minister for the first time by their chosen name may be a powerful moment in the service.”

“It should be noted that the giving or adoption of a new name has a long history in the Judeo-Christian tradition as may be evidenced from Scripture,” continues the new guidance. “In some Christian circles, for example, it is customary for candidates to adopt an additional or saint’s name at their Confirmation.”

Clergy are further advised to be respectful of prefered gender pronouns, even if those pronouns do not correspond with reality.

Referred to as the “Affirmation of Baptismal Faith,” the service invites the already-christened gender-confused to “renew the commitments made in baptism in a public setting and provides space for those who have undergone a major transition to re-dedicate their life to Jesus Christ.”

For “transgendered” people who are not yet baptized and who seek entrance to the Church of England, the new guidance describes baptism as the “natural liturgical context for recognizing and celebrating their identity.”

Rather than create a new sacrament, the Church’s bishops are recommending that the already established sacrament of baptism and the affirmation of baptismal vows can be contorted to not only accommodate but to celebrate gender dysphoria within their church.

The guidance issued by the Church of England’s House of Bishops on Monday advises pastors to lay hands on the candidate and pray, using the candidate’s new transgender name. Pastors are also told that the sprinkling of holy water and anointing with oil can be incorporated into the service.

Christian Concern’s chief executive Andrea Minichiello Williams, a lay member of the Church’s General Synod, criticized the new guidance, saying it is a continuation of the denomination’s “devastating trajectory towards an outright denial of God and his word.”

“It is not loving to mislead people – and wider society – into the falsehoods and myths of transgender ideology,” said Williams.