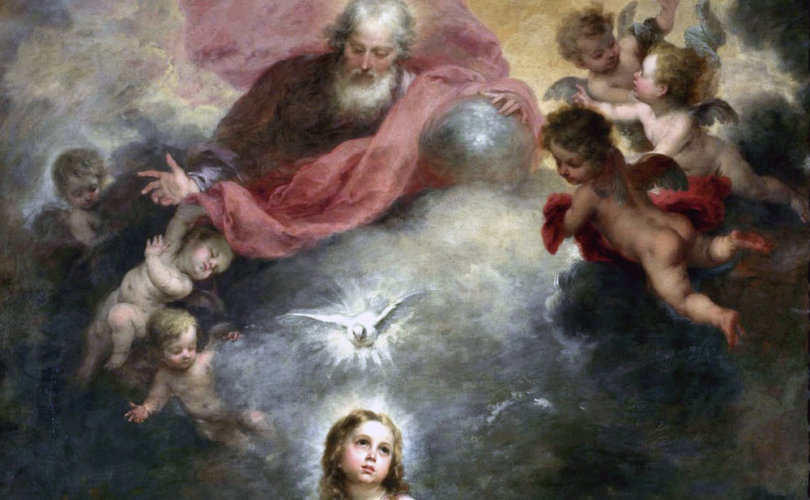 STOCKHOLM, Sweden, November 28, 2017 (LifeSiteNews) — Evangelical Lutheran leaders in Sweden say the faithful should not refer to God as “He.”

The largest denomination in Sweden, often called “The Church of Sweden,” wants its ministers to replace “He” with the generic “God.” They also don’t want preachers using “Lord” because it implies the masculine.

The “update” to the denomination’s Book of Worship is to begin at Pentecost 2018. The 31-year-old handbook will then be outdated.

Last week, 251 leaders met at an eight-day convention. In a break from traditional Christianity, one of the “updates” instructs pastors to no longer open services with “In the Name of the Father, and of the Son, and of the Holy Spirit,” but to use the “gender-neutral” phrase “In the name of God and the Holy Trinity.”

Spokeswoman Sofija Pedersen Videke explained that the updated book will offer various alternatives to using the pronoun “He.”

“We have some prayer options that are more gender-neutral than others,” she told The Telegraph.

Videke added that she has heard no clergy object to the changes.

Archbishop Antje Jackelen praised the decision, noting that God is genderless. In a carefully worded explanation, Jackelen said, “God is beyond our gender determinations.” She has led the denomination since being elected in 2013.

Others, like Lund University theology professor Christer Pahlmblad, said the “update” runs contrary to orthodox Christianity. Pahlmblad criticized the change as “undermining the doctrine of the Trinity and the community with the other Christian churches.”

While it is true that God is genderless, it is not true, according to Christianity, that God is not The Father. ﻿The terms “Father” and “Son” indicate a relationship, not a gender limitation.

“Jesus did not call God ‘Imma’ (Mother), but always and exclusively ‘Abba’ (Father),” the Very Reverend Paul Nadim Tarazi said about similar scriptural revisions. “The statement ‘God is Father’ is not a metaphor, but a reality since what it actually means is that God is the Father of Jesus.”

“Everything in creation reveals Who God is and what His love is like. That is why God is described in a myriad of ways: He is like a rock, He is like a mother eagle, He is a consuming fire, He is the Lion of Judah, etc.” an Orthodox Christian catechism explains. “However, the Church teaches us that when we worship God, we do so personally. We do not use analogies for Him. We use His Name.”

Christianity teaches that God is more maternal than any mother and has more perfect motherly qualities than anyone, but God is essentially Father. ﻿God is beyond any creaturely description, but He is not beyond Fatherhood.

The ancient Christians and saints understood and taught that while the divine name “Father” has nothing to do with gender, there was never a time in all eternity when God was not “Father.”

Therefore, Christianity has always taught that any change in the names of “Father,” “Son,” and “Holy Spirit” leads to a distortion of the Holy Trinity. Those who substitute “Mother” or “Goddess” for God, for instance, are not simply altering an image but replacing Christianity with a different religion.

Author Deborah Belonick concludes that the “inclusive language” revision many Protestants propose today is not a Christian evolution but a theological revolution.

Dr. Tarazi, who taught for more than 40 years at St. Vladimir Orthodox Theological Seminary in New York, Holy Cross Greek Orthodox School of Theology in Massachusetts, and St. John of Damascus Institute of Theology in Lebanon, concluded, “﻿With the new ‘non-sexist’ lectionary, we are faced with a tampering of the Holy Bible itself.”

The Evangelical Lutherans claim more than six million baptized members. Sweden has a population of 10 million.