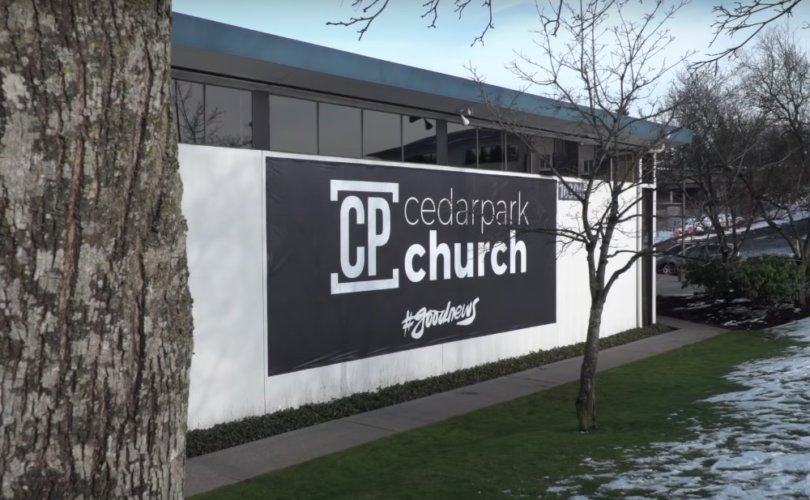 BOTHELL, Washington, March 15, 2019 (LifeSiteNews) – A church in a town outside of Seattle has filed a lawsuit against the state in hopes of invalidating a law that requires every insurance plan in the state that covers maternity care to also cover abortion, contraception, and voluntary sterilization.

The law’s text frames these mandates as a continuation of Washington’s “long history of protecting gender equity and women's reproductive health,” and contains no exceptions for religious employers or conscience objections.

During the law’s path through the legislature, the Washington State Catholic Conference repeatedly pushed for lawmakers to “include language that would, at a minimum, protect our right to exercise our conscience,” but their pleas fell on deaf ears. Alliance Defending Freedom (ADF) senior counsel Denise Burke testified at the time that pro-life Washingtonians who refused to comply would “face adverse action by the state human rights commission or a civil lawsuit for discrimination.”

Now ADF is representing Cedar Park Church of Bothell, Washington in challenging the law, SeattlePI reported. Cedar Park offers health insurance to its 185 employees. “The state of Washington has no business coercing this church, or any other, into contradicting the deeply held beliefs that motivate its ministry,” ADF legal counsel Elissa Graves said.

“We're standing for the rights of people of faith to not be forced into being complicit with something inconsistent with our faith,” Rev. Jay Smith, Cedar Park’s senior pastor, said. “Abortion is the antithesis of who we are as an organization, what our beliefs are, and how we live our faith.”

The conflict has personal significance for Smith, whose wife, Sandy, was tempted to abort but ultimately chose life for the first of their four daughters. In light of that experience, ADF says, the Washington law “felt like a slap in the face” to the Smiths.

Washington Attorney General Bob Ferguson is expected to mount a vigorous defense of the law, given his record of aggressive legal action such as suing the Trump administration for its pro-life policies and a Christian florist for refusing to provide flowers for same-sex “weddings.”

Article I, Section 11 of the Washington Constitution declares that “Absolute freedom of conscience in all matters of religious sentiment, belief and worship, shall be guaranteed to every individual, and no one shall be molested or disturbed in person or property on account of religion.”