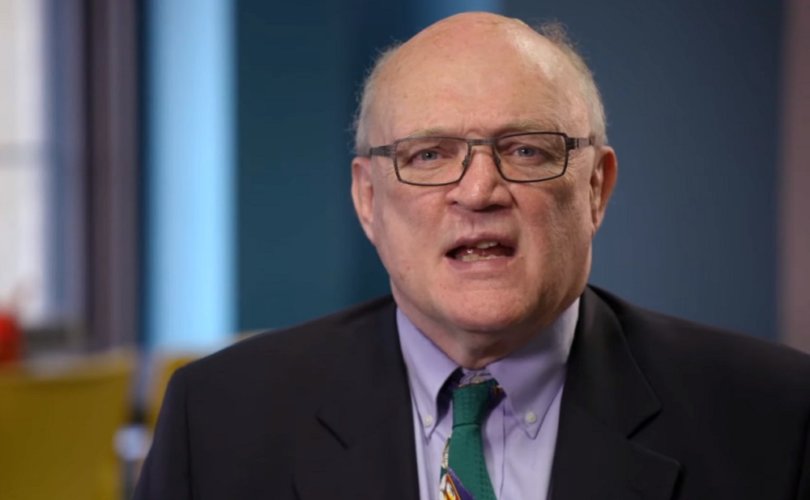 Dr. Robert Strang, who is also on the national Special Advisory Committee on COVID-19 that advises on national policy on coronavirus protocols, made his remarks during a May 28 Global Leadership Network Forum, the Catholic Register reported.

Churches should expect attendance to be restricted to 50 people, and “at the most” 100, for a year or two until a COVID-19 vaccine is found or Canadians achieve “herd immunity,” Strang said.

He appeared to rule out indefinitely that church services would return to full capacity.

“That’s highly questionable if that could safely be done in our new normal,” Strang said.

The “highest risk setting” is one where large numbers of people gather together for long periods of time, Strang contended. He also stated that singing and playing wind instruments “substantially increase the risk” of spreading the virus.

A vaccine is “nowhere in the near future,” and as for herd immunity, which he defined as “high levels of immunity in the general population,” there are “a lot of questions about whether we’ll actually get that with this virus,” Strang said.

Therefore, governments must use “strong surveillance” to get “full control” of the virus.

Strang made a distinction between faith communities being “essential in building a healthy, viable community,” and being designated by governments as “essential services,” which “takes you down a different, bureaucratic, legal path.”

Churches now must consider how to do things “very differently” in a “way that actually respects the need to play a role in protecting each other, protecting our community,” he said.

Canada’s bishops appear to be accepting the government restrictions without objection.

“Everyone would like to know the ‘date’ for each phase, but that is largely going to be determined by the health of our country and provinces,” McCarthy said.

Collins has from the outset of the pandemic been committed to following health officials’ recommendations and “McCarthy hasn’t seen this as a suppression of religious freedom in any way, and realizes all work is to minimize risk in spreading the virus,” Catholic Register’s Mickey Conlon wrote.

“Our priority should be love of neighbour, to take care of one another. Certainly in the short term, it will be difficult to have the wide range of programs that parishes are used to offering week to week,” McCarthy said.

The Catholic Register also quoted Edmonton Archbishop Richard Smith as saying it “would be my guess” that a COVID-19 vaccine would be needed for a return to full public Masses.

However, the Calgary-based Justice Center for Constitutional Freedoms (JCCF) takes another view.

“While some religious leaders, like Cardinal Thomas Collins, don’t see this as a suppression of religious freedom in any way, he does not speak for everyone,” JCCF lawyer Lisa Bildy said.

Bildy is currently working on a case in Ontario regarding the province restricting religious services to five people unless they are in cars and the particular impact of this on Orthodox Jews.

“Arbitrary distinctions and double standards, making some gatherings acceptable when they are for an ‘approved’ moral cause, but expressly prohibiting religious services, are absolutely contrary to the constitutionally-guaranteed and fundamental freedoms of religion and peaceful assembly in Canada,” Bildy told LifeSiteNews.

She pointed out that it’s far from settled science that such measures are needed, and that a growing body of evidence actually suggests otherwise.

Indeed, Nobel laureate and Stanford professor of structural biology Dr. Michael Levitt, Dr. Carl Heneghan, director of Oxford’s Centre for Evidence-Based Medicine, and researcher Dr. Thomas Meunier are among experts who have criticized lockdowns as ineffective, with Heneghan warning that the consequences of lockdowns will cause more harm than the coronavirus itself.

“Most of Dr. Strang’s prognostications about the virus appear to be speculative and ought not to be the basis of long-term policies,” Bildy told LifeSiteNews.

“It is unknown whether there will ever be an effective vaccine, a second wave, or even herd immunity, but the more we learn about this virus, the more we see that it is not nearly as lethal as was initially feared, unless you live in a long-term care facility,” Bildy added.

Nevertheless, churches now reopening in Alberta, Saskatchewan and B.C. are subject to a number of restrictions

Sunday Masses begin June 7 in Alberta with a maximum cap of one-third capacity of the church or a maximum 50 people, whichever is less.

Contrary to LifeSiteNews’s earlier report based on provincial guidances, Catholics in Alberta are allowed to receive Holy Communion, but only in the hand. They are also expected to provide personal contact information when they attend Mass.

Sunday Masses begin in Saskatchewan on June 8 with a maximum cap of one-third capacity of the church or 30 people. Masses began May 23 in Vancouver, British Columbia. with a cap of 50 people.

Meanwhile, churches remain closed in Ontario, and Bishop Terrence Prendergast of Ottawa said in a May 28 statement that he expects they will remain so until the end of June.

Cardinal Collins has established four working groups to look into a phased reopening of churches, but his public statements mention no possible date of reopening.

Bildy pointed out that governments have placed more severe restrictions on churches than other sectors.

While “businesses, stores and manufacturers can be trusted to put measures in place to protect their workers and customers while indoors, often in numbers far exceeding 50 or 100, and have been doing so since the pandemic was declared,” she said.

LifeSiteNews contacted the CCCB to ask if the bishops are lobbying governments to have churches recognized as an “essential service,” but received no response.

Contact your bishop and MP to ask that churches be designated as essential services. Contact information for bishops can be found here, and for MPs, here, or here.