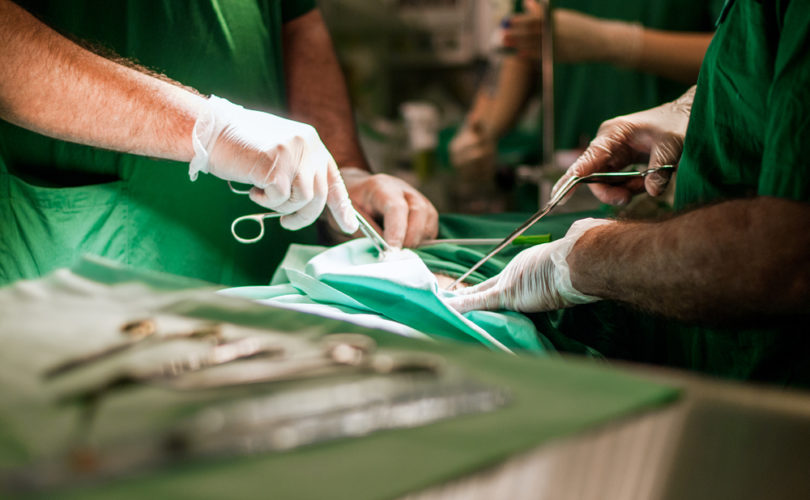 BALTIMORE, Maryland (LifeSiteNews) – A federal judge in Maryland ruled in favor of a gender-confused woman who sued a Catholic hospital for not removing her healthy uterus.

Judge Deborah Chasanow, a Bill Clinton appointee, ruled that “Jesse” Hammons could continue her lawsuit against University of Maryland St. Joseph Medical Center for denying her request for a hysterectomy in 2019. Hammons is “married” to Lura Groen, a pastor of the left-wing Evangelical Lutheran Church in America.

The medical center is run by the University of Maryland health system, but as part of the purchase of the clinic, an agreement was signed that required the facility to maintain Catholic principles in its practices. The Catholic Church opposes the removal of healthy body organs and teaches the truth that there are men and women and someone cannot change their sex.

Applying that reasoning here [of Bostock] , if a hospital has a policy against performing a surgery to treat gender dysphoria—a condition inextricably related to a person’s sex—but will perform that surgery to treat any other medical diagnosis, the hospital intentionally relies on sex in its decisionmaking.

The ruling allows for Hammons to seek damages against the Catholic hospital at a trial.

Judge Chasanow, in her decision, relied on the claim that there is a widespread medical consensus on the benefits of transgender surgeries, which remove healthy organs such as the uterus or breasts. “The World Professional Association for Transgender Health has issued guidelines (the “WPATH Standards of Care”) for the clinical management of individuals with gender dysphoria that are widely recognized among healthcare professionals in the United States,” the judge claimed.

However, there is far from widespread consensus in the healthcare field.

For example, the American Academy of Pediatrics’ guidelines on transgender drugs and surgeries were written by a small handful of ideologues, according to reporting by the Washington Free Beacon.

“Though the organization’s guidelines are framed as the consensus position of the AAP’s members, only a handful of physicians had a role in shaping them,” the publication reported. “Instead, insiders say, the AAP is deferring to small, like-minded teams of specialists ensconced in children’s hospitals, research centers, and public health bureaucracies, rather than seeking the insights of pediatricians who see a wide cross-section of America’s children.”

LifeSiteNews has also compiled research on the harms of transgenderism, including transgender drugs and surgeries. Men and women who took puberty blockers or had healthy body parts removed have shared how these procedures did not improve their mental health – instead, they continued to suffer from the underlying issues that were behind their gender-confusion.

Furthermore, research that purports to show the benefits of transgender drugs and surgeries has been called into question by social scientists and research design experts.

The University of Washington kept quiet on a flawed study that claimed to show the benefits of injecting kids with puberty blockers. A spokesperson wrote in an email obtained by a conservative journalist that there was no need to be “proactive” about correcting the record due to the “overwhelming amount of positive coverage of the study’s findings.”

Other research on the supposed benefits of transgender surgeries to reduce suicides has also been debunked.