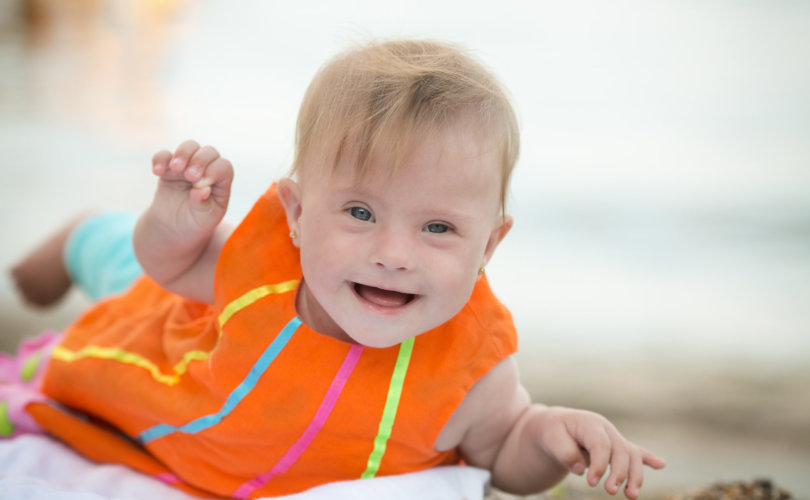 April 17, 2020 update: As expected, Poland's parliament has delayed a final vote on the citizens' request for a ban on eugenic abortion. Polish journalist Grzegorz Górny told LifeSiteNews last night that the majority of MPs from the ruling PiS party are against eugenic abortion, but that the political situation is “complicated.”

“Nowadays PiS is fighting many battles on various Polish and European fronts. [Party president] Jarosław Kaczyński doesn't want to open a new front at this time because it will mobilize the leftist and liberal establishment in Poland and Europe against him,” Górny explained by email.  “He's afraid that the violation of the “1993 compromise” [on abortion] will mean that if PiS loses power, the other side … may not only keep eugenic abortion but legalize abortion altogether,” he continued. “Today in the Sejm, only the far-right Confederation [party] is clearly against eugenic abortion. PiS is aware of this and afraid to lose the strong Christian electorate to the Confederation. This may be an impulse for action, but only after the presidential election.”

WARSAW, Poland, April 16, 2020 (LifeSiteNews) ― Although a citizens’ bill requesting an end to the abortion of disabled babies has come before Poland’s parliament this week, it is unlikely to be passed into law soon.

This is the opinion of two notable pro-life Polish Catholic journalists consulted by LifeSiteNews.

“Let's start with the fact that the Sejm (i.e. Polish parliament) had to deal with this project because it is a citizens' legislative initiative, and the law forces the MPs to deal with this subject at the latest six months after the beginning of the new Sejm's term,” Krystian Kratiuk of Polonia Christiana magazine told LifeSiteNews via email.

“Secondly, Law and Justice (i.e. the PiS party) politicians will most probably accept this project for further work, but no one will take care of it for the next three years. In Poland, we call this the ‘Sejm freezer.’”

Kratiuk told LifeSiteNews that politicians from the populist, centrist Prawo i Sprawiedliwość (i.e. “Law and Justice”) party have been deceiving Catholics for five years on abortion.

“For five years, they have been using the argument that ‘this is not a good time’ (to pass the bill) because we will lose the elections, etc. But every year there are some elections,” he explained.

“The next one is next month when Poles elect the president. So the Law and Justice party will not do anything with abortion, and neither will President (Andrzej) Duda, who from time to time loudly declares that he would sign a law banning abortion, but for five years has not submitted a draft of changes in the law, although he has such powers.”

Celebrated Polish journalist Grzegorz Górny, now a columnist with political online magazine wpolityce.pl, also believes that the Sejm will delay a decision the “Stop Abortion bill” and, as well, on the “Stop pedophilia” bill.

Górny explained that the Polish parliament is now looking at all recent citizens’ bills, for which citizens have had to collect a minimum of 100,000 signatures.

He believes that both bills will go in the “Sejm freezer.”

“I think that the Sejm will not vote for these projects now, but will send them to be worked on in parliamentary committees,” Górny said.

“Why? Next month there will be presidential elections in Poland. Prawo i Sprawiedliwość (PiS) doesn't want such hot topics to dominate the election campaign,” he continued.

“Tomorrow there will be a vote in the Sejm, (but) I think that the projects will come back only after the election.”

In 2018, the Polish government’s  “Commission for Social and Family Policy” refused to implement the recommendations of the “Stop abortion” bill.

Poland has been criticized by the United Nations and the European Union for its family-friendly approach to sexual education and for its pro-life protection for the unborn which, though imperfect, is the most robust in Europe. In Poland, abortion is permitted only to save the life of the mother, when the mother is pregnant through rape or incest, and to end the life of a disabled child.