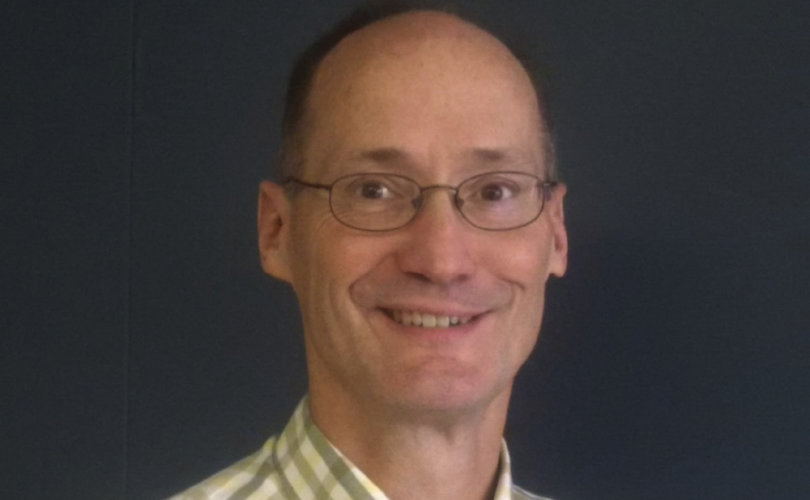 OTTAWA, February 7, 2019 (LifeSiteNews) – A volunteer appointee to Ottawa’s transit commission says he was “stunned” a city councillor tried to block his appointment because of his pro-life views.

“My reaction was, what does this have to do with transit?” Michael Olsen told LifeSiteNews in a telephone interview.

“When I put in my application, if you had said to me, ‘They will try to disqualify you for your pro-life views,’ I would have said, ‘You’re joking.’ Once I realized it wasn’t a joke, it was quite something to hear,” added Olsen, a retired federal worker.

But Councillor Shawn Menard remains unrepentant for opposing Olsen to sit on Ottawa’s transit board because of Olsen’s anti-abortion stance.

Indeed, in the wake of widespread backlash, the rookie councillor insisted to the Ottawa Citizen that transit is a “gender issue,” and noted: “I don’t apologize for raising social issues that I think transit does overlap.”

City clerk and lawyer Rick O’Connor then intervened and told councillors Olsen’s beliefs on abortion are protected by the Charter of Rights and Freedoms, reported CTV.

He and three others were recently selected from 92 applicants for the volunteer position of public member on the transit commission, along with eight councillors.

Menard told media later he was primarily concerned about Olsen’s views on climate change, according to CTV. In 2017, Olsen complained to media watchdog National NewsMedia Council about an Ottawa Citizen article about regional climate change, a complaint that was dismissed in 2018.

In the aftermath of the controversy, transit commission chair Allan Hubley publicly called on Menard to apologize to Olsen, warning his fellow councillor he is vulnerable to a Charter discrimination complaint.

“To be quite honest, I was stunned that (Menard) would say something like that. … It really does alarm me,” Hubley told Ottawa radio host Rob Snow.

“I suggested that Mr. Menard owes Mr. Olsen an apology for raising his religious beliefs as a means to disqualify him from volunteering or working at the city,” Hubley told LifeSiteNews in an email.

“To date Mr. Menard has not expressed any interest in changing his view that any member of the public holding similar beliefs should not be able to participate in municipal government.”

Indeed, Menard told Snow he regretted raising the issue at a public meeting, and that he should have instead brought it up to Mayor Watson behind closed doors, CTV reported.

“I could have better communicated my position,” he said.

Menard did not respond to a request for comment from LifeSiteNews.

Olsen, for his part, is not expecting an apology.

“I do believe what he and the other councillors tried to do, that is, trying to block my participation in the public sphere because of my religious beliefs, was wrong,” he told LifeSiteNews.

But that said, “I forgive Councillor Menard and the other councillors. I sincerely and unconditionally do, so even if he apologizes, that will not change how I feel and how I approach the issue,” said Olsen.

“I bear him no ill will. I want him to be a successful councillor.”

Added Olsen: “My belief in God is the most important thing to me. My Catholic faith is very important to me and by the grace of God, I will never deny those beliefs.”

The Ottawa Sun skewered the seven councillors in an editorial ridiculing the notion that “to be pro-transit, you have to be pro-choice” as “bizarre” and “insanity.”

The editorial also quoted Kavanagh, the city’s liaison for women and gender equity, on the transit commission’s selection process: “My concern is we just not pick an equal number of men and women but we also ask them questions on their outlook and I want to know if those questions have been asked.”

Responded the Sun: “Questions like what? Whether a member of the public, applying for a volunteer position on a city commission, is anti-abortion? Absurd.”

“CLC is appalled by the lack of respect of the right to the freedom of thought and the freedom of expression manifested by the seven councillors” who voted against Olsen, she told LifeSiteNews in an email.

“It seems now that as citizens we can’t be defenders of human life or have an opinion on the weather without fear of being refused a job or volunteer position,” she added.

The Olsen affair reminded her of the “city councillors’ unprecedented, biased and intolerant decision to take down the National March for Life flag two years ago and refusal to fly it since,” noted Duval.

Indeed, when a pro-life flag flew briefly over Ottawa City Hall for the March for Life 2017, seven councillors – including Deans, Fleury, Lieper and McKenney – immediately signed an open letter demanding that it be taken down, and Mayor Watson hastily agreed.