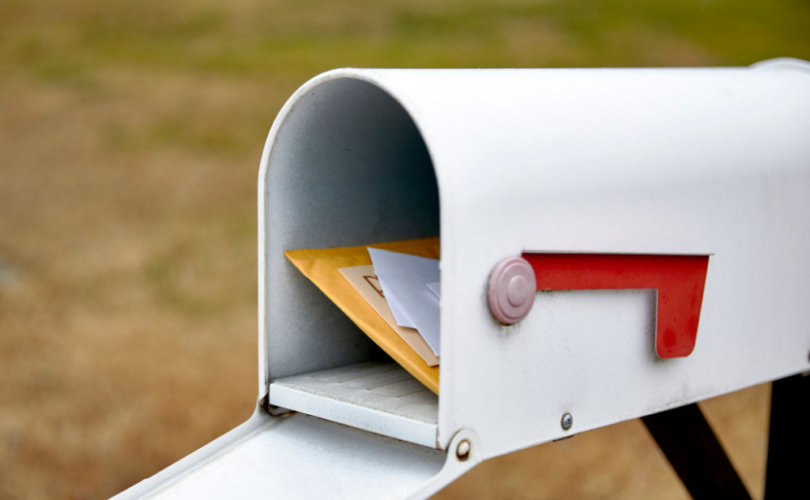 (LifeSiteNews) — The City of Calgary, Alberta is attempting to draft a new bylaw that would limit pro-lifers from distributing pamphlets that show the horrors of abortion.

On Thursday, an executive committee is to hear a notice of motion that calls for a new bylaw to be drafted in regard to the pro-life practice of showing abortion victim imagery, often done through pamphlets distributed in mailboxes. The new bylaw, if passed, would require pro-lifers to conceal the pamphlets that show the graphic horrors of abortion within envelopes that warn the recipient of what is inside.

“We have to say that this is unacceptable,” Calgary Ward 2 Councilor Jennifer Wyness said Sunday in an interview with Postmedia. “People do not deliver pornography to get a message across and yet somehow this organization continues to do something that I would equate to pornography.”

“If this image were to go on the six o’clock news, it has to be blurred. If you were to publish it in your newspaper, it has to be blurred,” Wyness went on. “This image is regulated across all other platforms for public consumption, except when this organization chooses to put it on your front door.”

Wyness believes that concealing abortion imagery and providing a warning will help protect families who have suffered miscarriages or abortions from experiencing the so-called “trauma” that she says such images inflict on them.

Calgary previously tried to limit abortion victim photography from being put in mailboxes by rewriting a bylaw in 2016 to make it illegal for anyone to put pamphlets into mailboxes where people have a “no junk mail” sign.

Calgary is also not the first city to push for a bylaw to require pro-life pamphlets to be concealed in an envelope. The city of London, Ontario already instated such a bylaw in 2021, wherein they require pro-life organizations to enclose their images of aborted children in envelopes that contain an explicit warning of what is contained within.

London’s Bill 259 2021 states that “no one shall send a graphic image of a fetus by mail or otherwise distribute such an image unless the image is contained in an opaque envelope, the exterior of the envelope includes a description of the contents, and the exterior of the envelope clearly identifies the sender. The penalty for violating this prohibition is a fine of $100 per image.”

The City of Toronto also attempted to curb the distribution of pro-life imagery in June, when Councilor Mike Layton motioned for the Toronto City Council to find some way of stopping the images from being circulated.

“Those are images that can come back to haunt children,” Layton said. “I’ve got two small girls, six and four, and I don’t want them seeing that imagery before we walk them home to go to bed.”

“I don’t want them going to going to high school and having that kind of fear mongering happening outside of their high school, which could deter them from getting medical treatment if they were in a position that they would be seeking an abortion,” he went on to say.

Toronto has not yet come out with a bylaw that prevents or limits the circulation of abortion victim photography or that requires that it be hidden in an envelope.