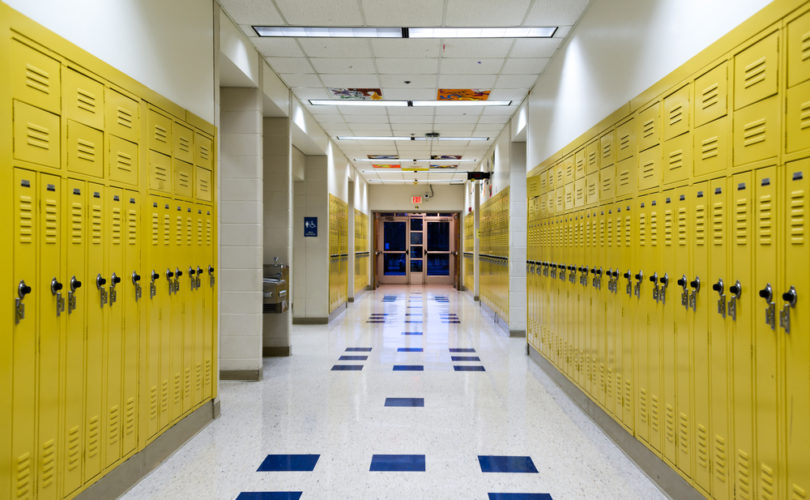 SAN FRANCISCO, March 6, 2015 (LifeSiteNews.com) – San Francisco’s Board of Supervisors says the archbishop’s effort to ensure the city’s Catholic schools uphold their faith is discriminatory, and one member of the board says the city is considering legal action.

At the same time, a reported 80 percent of teachers in the archdiocese’s four Catholic high schools have sent a petition to Archbishop Salvatore Cordileone that accuses him of fostering “mistrust and fear.”

“We believe the recently proposed handbook language is harmful to our community and creates an atmosphere of mistrust and fear,” the letter said. “We believe our schools should be places of inquiry and the free exchange of ideas where all feel welcome and affirmed.”

The archdiocese announced plans in early February to add language from the Catechism of the Catholic Church spelling out Church teaching on sexual morality into faculty handbooks for the purpose of clarifying the long-standing expectation that Catholic school teachers uphold Church teaching and not publicly contradict it. Three new clauses clarifying the same were also proposed for teacher contracts in the four archdiocesan high schools.

Part of the opposition was over the idea of classifying teachers as ministers, which some fear would make it more likely for teachers to face discrimination. The archbishop has said they would not be defined as ministers, but the word ministry would be part of the contract language.

The archbishop has stressed throughout that the efforts to preserve Catholic principles in the schools are not meant to target anyone.

Earlier this week the San Francisco Board of Supervisors unanimously approved a resolution calling Archbishop Cordileone's efforts to preserve the Church’s moral teaching “contrary to shared San Francisco values of non-discrimination, women’s rights, inclusion, and equality for all humans.”

The resolution pressed the archdiocese “to fully respect the rights of its teachers and administrators, and pursue contract terms with … educators that respects their individual rights, but also recognizes the informed conscience of each individual educator to make their own moral decisions and choices outside the workplace.”

According to the San Francisco Chronicle, supervisor Mark Farrell, who is Catholic, says “city officials are considering legal action to prevent what [Farrell] described as Cordileone’s discriminatory measures from going into effect.”

Archbishop Cordileone wrote the lawmakers back, asking whether they would hire a campaign manager who advocates policies contrary to what they stand for, and who shows them and their party disrespect.”

“My point is: I respect your right to employ or not employ whomever you wish to advance your mission,” said Archbishop Cordileone. “I simply ask the same respect from you.”

Two of the Democrat legislators then called for an investigation of working conditions at the archdiocesan high schools by the California Assembly Labor and Employment Committee and Assembly Judiciary Committee.

A high-profile PR strategist was hired last month by as-of-yet unidentified individuals to counter the archbishop’s efforts in the court of public opinion. It’s not clear whether this week’s petition and related media coverage are a result of that.

“This language in this judgmental context undermines the mission of Catholic education and the inclusive, diverse and welcoming community we prize at our schools,” said Sacred Heart Cathedral teacher Jim Jordan, who was among those who organized the campaign. “It is an attack not only on teachers’ labor and civil rights, but on young people who are discovering who they are in the world.”

The Cardinal Newman Society, which promotes and defends Catholic education, said the petition underscores the need for Archbishop Cordileone to be doing precisely what he is doing to defend Church teaching in the schools.

“These protests against common-sense policies only confirm the great need for Archbishop Cordileone’s efforts to shore up his schools’ Catholic identity,” Adam Wilson, the Cardinal Newman Society’s director of communications, told LifeSiteNews. “The Archbishop is doing a service to students, but these protesting teachers pose a serious threat to students’ Christian formation.”