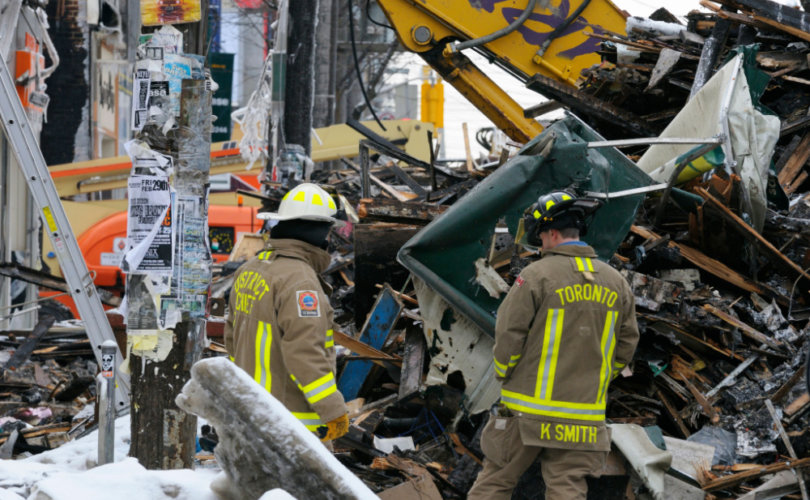 (LifeSiteNews) — The City of Toronto refuses to back down on vaccine requirements for certain city employees despite the fact that most mandates in Canada have been dropped.

On September 27, the City of Toronto announced in an email that they would be continuing to mandate vaccination for firefighters even after 13 among their ranks who were fired for remaining unvaccinated won a ruling that declared the termination of their employment was “unreasonable.”

“Enforcement mechanisms that do go beyond what is strictly necessary to accomplish the aims of the policy and in doing so invariably add disciplinary consequences that have nothing to do with the policy’s objectives should not be found to be reasonable,” the ruling, released on August 26 stated.

Although arbitrators found that the city’s vaccination policy was and continues to be reasonable, they also determined that the way in which the city enforced these vaccine requirements were “unreasonable.” The ruling said that there was no cause to fire employees who chose to remain unvaccinated, and that there were other measures that could be taken that did not involve full termination from one’s job.

“Here, the Employer did not attempt to establish that it could not accommodate objecting employees by placing them on an unpaid leave of absence as other employers have done,” the ruling said. “Rather, the City decided that the appropriate course of action was to take disciplinary steps and chose to announce what is a most coercive process on October 6, 2021.”

“It would not suffice, it seems, that firefighters incur the losses and difficulties arbitrators reasonably and realistically associate with unpaid leaves;” the ruling continued. “These employees were to suffer the additional penalty of a significant disciplinary entry on their employment records followed by discharge.”

However, despite the apparent victory, the 13 unvaccinated firefighters will remain unemployed unless they decide to show proof of vaccination, Fire Chief Matthew Pegg and Deputy Debbie Higgins said in an email regarding the decision.

“The city has received the Arbitrator’s decision with respect to a grievance filed by Local 3888 pertaining to the City’s Covid Mandatory Vaccination Policy,” the email reads. “However, until such time as you provide proof of full vaccination in accordance with the Policy or until further notice to you, you shall remain out of the workplace on a leave without pay or benefits, and your status as a city of Toronto employee will remain.”

The letter says that those who lost their jobs over the city’s vaccination requirements would not be rehired until they prove their compliance by “providing proof of a full vaccination series.” Only then would the firefighters “be returned to active duty and paid effective your first shift back at work.”