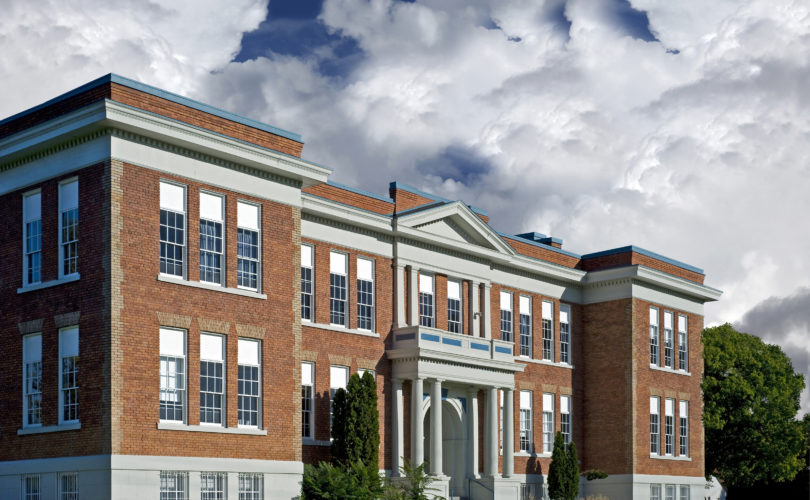 INDEPENDENCE OHIO, May 14, 2021 (LifeSiteNews) – It’s no secret that there's been an identity crisis in Catholic education these past 50 years. More parishes closing, fewer vocations, and smaller families have left many wondering: what went wrong?

At the Bringing America Back to Life conference in Cleveland, Ohio – which was held in March – faculty, students, and alumni from several classical education academies told LifeSite that they think they’ve found the solution.

Rocco Galizio is the headmaster of the Akron-based Chesterton Academy. He said that the way forward is focusing on the true, the good, and the beautiful.

“The ultimate goal of the academy is to make a well-formed human being who can go out into the world and actually interact with it and do good. We want them to be able to engage with their peers, engage with anyone they come across. And part of that is just knowing who you are and knowing where you've come from.”

Vincent Ortiz, one of the students at Chesteron Academy, echoed his headmaster's remarks, praising the school's unique teaching methods.

“For the first 15 years of my life, I always had the same old lectures. You hear all these speeches, then you take tests … I noticed I didn't really remember most of my classes and that I sort of forgot everything. But at Chesterton, they use something called the Socratic method, which is when the teacher constantly asks you questions. In order for you to answer any of them, you have to make sure that you're paying attention the entire time.”

Other classical institutions were at the convention as well, including The Lyceum, an Ohio-based co-educational day school that offers the Traditional Latin Mass. LifeSite spoke with Luke Macik, the headmaster of The Lyceum, about its curriculum and what parents can expect for their children.

“We're educating the students in the great works of Western or Catholic civilization. So they're reading things from the ancient Greeks and Romans all the way up through medieval times and even a little bit into modern times … so our students are getting an education similar to that of the founding fathers of our country and certainly of the fathers of the Church.”

“They also sing beautiful music,” he continued. They sing “wonderful polyphony and Gregorian chant and even chant of the Eastern Catholic churches. All students at The Lyceum sing in choir. They also perform dramatic productions of Shakespeare and of ancient Greek plays tragedies. So they're getting a very well-rounded education and it's all grounded, of course, in the Catholic faith.”

Lyceum senior Ted Macik also appreciates the Lyceum’s coursework. “It really helps you grow as a person and not only just in learning practical things that help in everyday life, but actually developing yourself as a man and your intellect,” he said. “If you really want to grow as a man and be the best you can be and be what God created you to be, that's where it's at.”

Mary Langley graduated from The Lyceum and went on to study at St. Thomas Aquinas College, only to return in order to teach ancient languages. “I think the students love it,” she told LifeSite.

Brigid Coyne, an alumnus of the nearby Padre Pio Academy, also had nothing but praise for the education she herself received.

“That love of truth and my faith that I gained at Padre Pio that made me want to continue that and continue looking at the liberal arts and truly Catholic colleges. And I think that's probably one of the biggest gifts that Padre Pio gave.”

“I think it's a combination of modern parents and modern schools. I think parents kind of want theology to be taught in the schools and kind of to be hands off. And it's just something they do together on Sunday. And that it’s not a big part of life. I think most modern Catholic schools want to be well liked and want to be considered academically serious. And so theology is relegated to one class, hopefully every year, and it's not brought into all the other classes.”

According to Michael Van Hecke, M.Ed., the president of the Institute for Catholic Liberal Education, there's reason to hope that there will be more classical academies popping up all over America.

“The big wave, the big trajectory,” he said, “is Diocesan parochial Catholic schools and high schools wanting to renew.”

While some Catholic parents may still be on the fence about sending their child to a classical academy, Lyceum teacher Mary Langley's words should serve as the strongest endorsement around.

“You will not regret it once you actually just try your best to give it a chance because it seems pretty foreign to you. It kind of seems old fashioned, maybe, but it's something that when I went to college and I look back at it and everyone says, ‘oh, that was so impractical and how are you going to get a job’ and all that kind of stuff? It's something that I'll never regret. And I, I am so happy I did it. And I would never I would not change that for the world.”

To watch all the other interviews LifeSite conducted at the Bringing America Back to Life 2021 convention, click below.

Prominent pro-life leader: We do not back down on defending God’s truth

Pregnant women ‘should not be taking’ the COVID shot: vaccine expert

Pro-life lobbyist: We need to protect the unborn with a ‘personhood amendment’ to the Constitution

‘Life without exception’: Rape survivor explains why she opposes abortion

Pro-life priest: Joe Biden has spent most of his career pushing anti-life policies