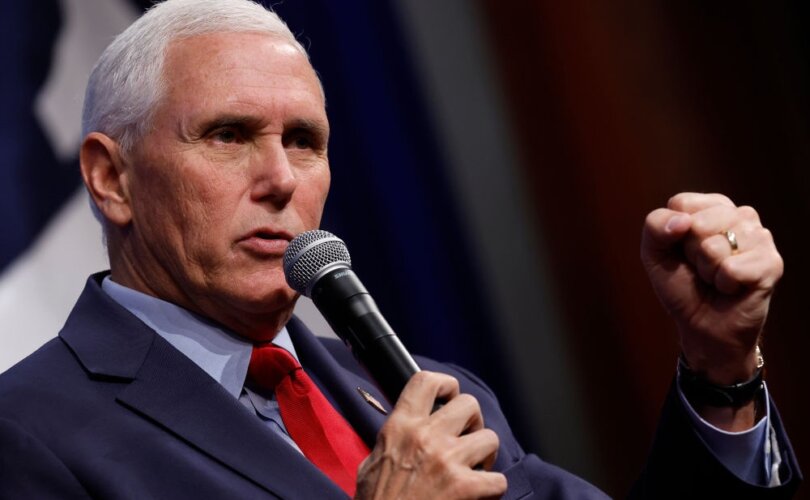 Former Vice President Mike Pence speaks during an event to promote his new book at the conservative Heritage Foundation think tank on October 19, 2022 in Washington, DC.Photo by Chip Somodevilla/Getty Images

CARMEL, Indiana (LifeSiteNews) — Some classified documents have been found at the home of former Vice President Mike Pence.

Pence’s lawyers notified the National Archives and Records Administration of the discovery on Wednesday, according to a letter obtained by CNBC.

Pence’s attorney “said in letter sent Sunday to the National Archives that the Justice Department sent FBI agents to Pence’s home at 9:30 p.m. on Thursday to retrieve the documents, which were being stored in a safe, while he was in Washington, D.C., for the March for Life,” according to CNBC.

CNBC reported on the Biden searches:

The White House disclosed on Jan. 9 that documents were found at the Penn Biden Center in Washington, DC on Nov. 2 by personal attorneys for Biden. The attorneys then notified the National Archives, leading to an investigation by the Justice Department. Additional documents were later found by Biden’s attorneys at his home in Wilmington, Delaware, on Dec. 20, prompting a search of the home by FBI agents on Friday.

Despite the rocky relationship between Pence and Trump, the former president criticized the search and defend his vice president.

“Mike Pence is an innocent man,” Trump wrote on Truth Social. “He never did anything knowingly dishonest in his life. Leave him alone!!!”