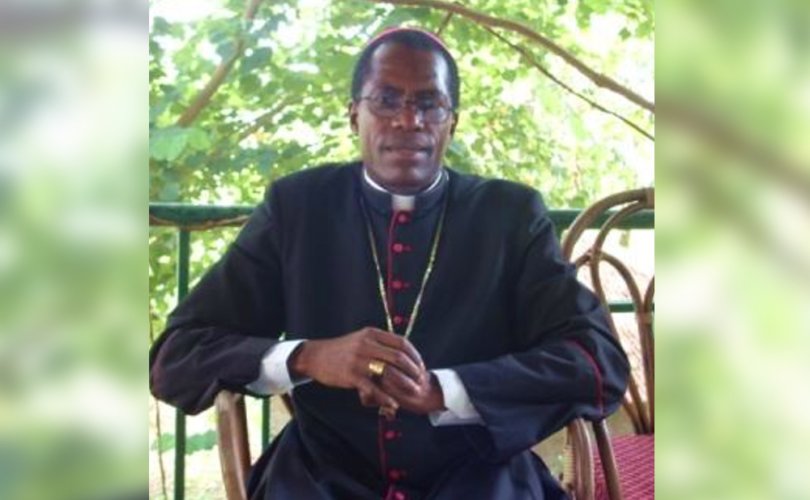 YAOUNDÉ, Cameroon, August 14, 2017 (LifeSiteNews) — Clergy in a Cameroon diocese were publicly accused during a memorial service earlier this month of masterminding the assassination of their bishop.

The current administrator of the diocese said during the homily that the bishop did not commit suicide but was killed because he stood up against homosexuals in the Church and the priesthood.

“Shame to all those people in black suits and black spectacles always sitting in the front rows of the Church,” Monsignor Joseph Akonga Essomba said during the August 3 service for deceased Bishop Jean Marie Benoit Bala of Bafia, Cameroon.

“Shame to all those priests who have come here pretending to sympathize. These are the people who killed our bishop, because he said ‘no’ to the homosexuality perpetrated by those priests,” said Akonga, as reported by Crux Now.

The Monsignor said that while those who actually executed the bishop were people in positions of power, he pointed his finger at unnamed homosexual priests present at the service whom he said betrayed their spiritual leader.

Bishop Bala, 58, disappeared from his residence on the evening of May 31. His car was eventually found parked on a nearby bridge spanning the Sanaga river. A handwritten note was found in his car that said: “I am in the water.” The bishop’s body was found two days later by fishermen, about 10 miles from the bridge.

While the Cameroon government maintains that “drowning is the most probable cause of the death of the bishop,” the country’s bishops say Bala “did not commit suicide; he was brutally assassinated.”

The monsignor said during the service that Bishop Bala could not have drowned because he was a very good swimmer.

The country’s bishops said in a statement last month that they have “moral certitude” that their brother bishop was assassinated.

“The moral certitude of the Bishops is based amongst other things, that the body they saw and recognized as the remains of Bishop Jean Marie Beniot Bala, on the banks of River Sanaga and at the mortuary of the General hospital of Yaounde, bore marks of physical violence,” they stated in a July 10 press release.

Monsignor Akonga Essomba said during the service that the Catholic Church in Cameroon “has come under attack.”

He noted that among the dozens of murder cases involving Cameroon prelates in past years, at least 14 of them have never been solved.

The bishops are demanding the government find and prosecute Bala’s killers.