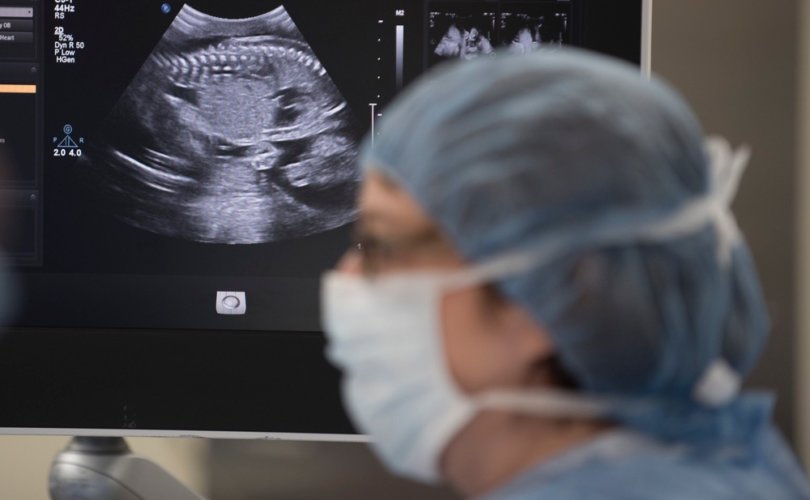 The surgery was performed in February by a multispecialty team of clinicians, and the child later delivered by caesarean section on June 3 when she was near full term.

This is the first surgery of its kind for northern Ohio, according to Cleveland Clinic Newsroom.

The Cleveland Clinic’s Fetal Center surgical team had worked for more than a year to prepare for the surgery, making site visits to other centers, conducting simulations, and consulting with other experts in the field.

“By successfully repairing the defect before birth, we’re allowing this child to have the best possible outcome and significantly improve her quality of life,” said Dr. Darrell Cass, director of Fetal Surgery at the clinic’s Fetal Center and head of the surgical team.

“At our hospital we have even performed blood transfusion[s] directly into the [baby’s] umbilical cord as early as 19 weeks gestation,” said Lile, “spina bifida corrective surgery, and now even heart surgery are being done between 19 and 22 weeks gestation.”

“Just because a patient happens to reside in the womb does not mean that they are not entitled to [rights] bestowed upon patients on the outside of the womb,” said Lile. “A patient is a person no matter how small.”

Spina bifida is most often discovered during a routine ultrasound that’s usually performed when an unborn baby is about 18 weeks old.

It affects the lowest part of the spine and happens when the neural tube does not fully close, the clinic said, causing the backbone that protects the spinal cord to not form as it should. This frequently causes damage to the spinal cord and nerves, and can lead to brain damage.

The defect can affect a child’s lower leg strength and ability to walk and run, along with his or her ability to go to the bathroom and urinate.

There are approximately 1,645 babies born with spina bifida each year in the United States, according to the CDC.

The clinic provided specifics of the repair procedure.

During the surgery, an incision similar to a caesarean section is made, and the mother’s uterus is exposed. Then an ultrasound is used to locate the placenta and the baby. The uterus is opened to 4.5 cm and the back of the baby exposed, presenting the spina bifida lesion. The surgeons then suture several individual layers of tissue (myofascia, dura, and skin) to cover the defect. After the uterus is closed back up, the baby remains in the womb for the rest of the pregnancy and then is ultimately born by caesarean section.

“There are different measures of quality in determining success for fetal repairs and in this particular case, all metrics for maximum quality were achieved,” Cass said.

The success of the surgery was based on two metrics: restoring normal brain structure and the gestational age at birth.

Before the repair surgery, the back of the patient’s brain herniates down the spinal column, according to the Cleveland Clinic. This is known as an Arnold-Chiari malformation, which causes cerebrospinal fluid to back up and build pressure that can result in brain damage. Usually babies with spina bifida will need a shunt to decompress the built-up fluid after they are born.

However, when a successful fetal surgery repair is completed, upon the child’s brain examination one month later, the malformation is reversed and the back of the brain returns to normal appearance, which is what happened in the Cleveland Clinic case.

The Cleveland surgery was also successful by the second metric.

The average birth after fetal surgery repair is at 34 weeks gestation, but in this case the baby was born at 36.5 weeks, giving her more time to develop and grow.

“Although the surgery was a success, spina bifida is never cured,” Cass explained. “Moving forward, the baby will require ongoing supportive care provided by a multidisciplinary team of caregivers in our Spina Bifida Clinic, which will involve neurology, urology, orthopedics, developmental pediatrics and neurosurgery, among other specialists.”

Video of the surgery can be viewed HERE.