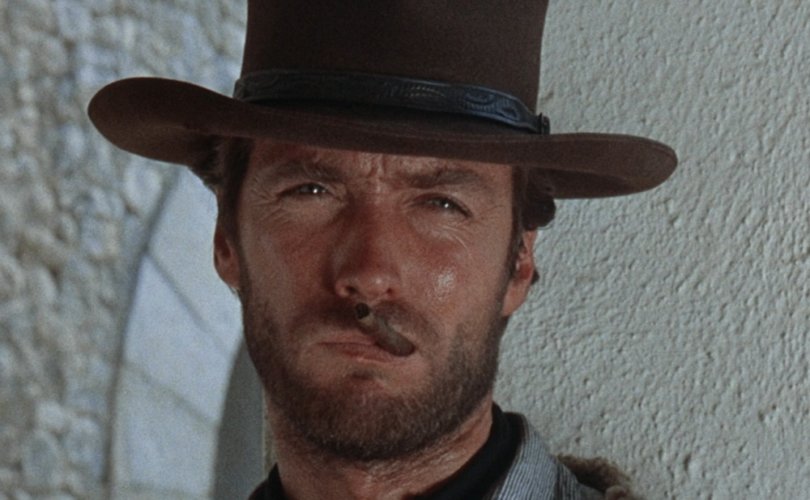 UPDATE: The story was updated to include additional details on the convicted bomber.

More June 27, 2019 (LifeSiteNews) — Legendary actor and filmmaker Clint Eastwood will make his next movie in Georgia despite the threatened Hollywood boycott over the state’s heartbeat law.

Eastwood will begin filming The Ballad of Richard Jewell in Atlanta this summer, local ABC affiliate WJCL reports. The film is to be based upon the security guard who discovered a bomb at the 1996 Summer Olympics in Atlanta. Jewell was first acclaimed as a hero before then being named as a suspect by the media and then later exonerated.

Eastwood is moving forward with filming amid significant Hollywood pressure for the state to abandon the pro-life law.

Georgia’s Republican governor Brian Kemp signed House Bill 481 into law May 7, banning most abortions once a baby’s heartbeat can be detected, usually around six weeks. It allows exceptions for rape, incest, physical medical emergencies, and pregnancies deemed “medically futile” and is set to take effect in January 2020.

In response, numerous film studios and celebrities have threatened to boycott Georgia, holding up the risk of harm to the economy should Hollywood cease filming there as a consequence.

Actress Alyssa Milano is at the protest’s forefront, sending a letter along with some 50 other performers to Kemp and Georgia House speaker Brian Ralston in March threatening to do all they could to move the film and television industry to another state should H.B. 481 be enacted. The celebrities gave the rationale in the letter that states with greater access to abortion are “safer” for women.

“We’ve been glad to bring billions of dollars in revenue to support Georgia’s schools, parks, and communities,” the letter states in part. “We want to stay in Georgia. We want to continue to support the wonderful people, businesses and communities we have come to love in the Peach State. But we will not do so silently, and we will do everything in our power to move our industry to a safer state for women if HB 481 becomes law.”

Other industry companies and figures have followed suit in some form, including Netflix, AMC Networks, and Disney.

Kemp has dismissed the Hollywood pressure, opting to visit movie and television production facilities in Georgia shortly after the law was signed in lieu of a planned trip to Los Angeles to meet with studio executives. The L.A. trip is postponed until fall.

Eastwood, 89, whose TV and movie career spans 60 years, has had renowned success as an actor, producer, and director. He has won 13 Academy Awards, having been nominated 40 times, according to CNS News, and won 8 Golden Globe awards after, being nominated 32 times.

Eastwood describes himself as libertarian and is known for declining to fall in line with politically correct Hollywood.

He endorsed Republican Mitt Romney in the 2012 presidential election, and that same year, he also gave a speech at the 2012 Republican National Convention humorously directed at an empty chair that represented President Barack Obama.

Some big-name actors are set to work with Eastwood on The Ballad of Richard Jewell, include Kathy Bates, Olivia Wilde, Jon Hamm, and Sam Rockwell.

The bombing at the Olympic Games in Atlanta in 1996 claimed the life of one woman, a mother named Alice Hawthorne, and wounded 111, according to Fox News. The bomb was hidden in a knapsack and sent nails and screws tearing through a crowd at Centennial Olympic Park during a concert.

Jewell had discovered the bomb, alerted police, and moved some of the crowd out of harm’s way before it exploded, saving many from injury or death.

For the first few days, he was considered a hero, but then the media labeled him a suspect, painting him to varying degrees as a failed law enforcement officer who might have planted the bomb so he could find it and be a hero.

Although Jewell was never arrested or charged, he was questioned and the subject of search warrants, and he would face months of unyielding media portrayal as a “lone bomber” and terrorist while the incident was under investigation.

He was completely cleared three months later, and the real bomber, Eric Rudolph, was arrested after five years in hiding. Rudolph pleaded guilty in 2005 to the Olympics bombing and three other bombings, two involving abortion centers and one a gay nightclub, and is serving life in prison.

The media’s handling of Jewell took a toll on his personal and professional life and is viewed as a case of “trial by media,” where damage results from reporting based upon unreliable or incomplete information.

In 2006, then-Georgia governor Sonny Perdue thanked Jewell publicly on behalf of the State of Georgia for the lives he saved at the 1996 Olympics.

Jewell died in 2007 of heart failure from complications of diabetes at age 44.

After his exoneration, Jewell sued NBC, CNN and the New York Post and others for libel and won large settlements, the CNS report said.

Jewell had sought an apology in the lawsuits, saying in 2006 that the suits were not about money, but rather clearing his name.

His lawyer, L. Lin Wood, is the attorney representing Covington Catholic student Nicholas Sandmann in defamation lawsuits against CNN and the Washington Post.