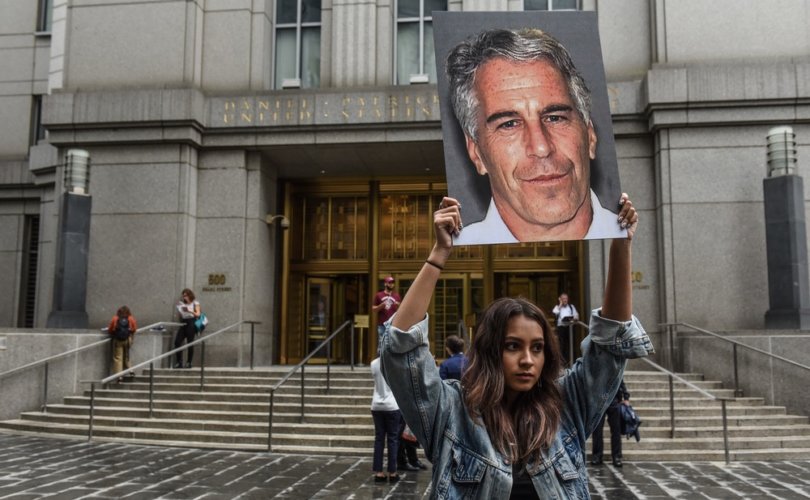 “Epstein created a vast network of underage victims for him to sexually exploit, often on a daily basis,” Berman said at a press conference Monday. The crimes are alleged to have taken place from 2002 until at least 2005.

Epstein pleaded not guilty in a New York courtroom earlier this week. He is being held at the Metropolitan Correctional Center in Manhattan until a bail hearing takes place on July 15. If convicted, he faces up to 45 years in prison.

Epstein was previously accused of sexually abusing dozens of teenage girls in Florida in 2007. He avoided federal prison by striking a deal with state authorities that resulted in him being sentenced to 13 months in a county jail and registering as a sex offender. The sweetheart bargain, which allowed him to travel to his office six days a week, was obtained with help from then-U.S. Attorney Alex Acosta, President Trump’s current Secretary of Labor. Democrats are calling on Acosta to resign.

Epstein’s indictment was possibly foreshadowed by Trump. During a question and answer session at the 2015 Conservative Political Action Conference, Sean Hannity asked candidate Trump to share his thoughts on Bill Clinton. “Nice guy,” Trump said, but he’s “got a lot of problems coming up, in my opinion, with the famous island with Jeffrey Epstein.” In February of this year, Trump’s Justice Department opened an internal review of how it previously handled Epstein’s accusers.

Aside from donating more than $140,000 to Democratic candidates since the 1990s and having close connections to A-list celebrities and powerful politicians across the world, Epstein owns several luxurious properties, including a 21,000-square foot Manhattan mansion and a private “Island of Sin” in the Caribbean. On that island prostitutes, underage girls, and “sex slaves” allegedly play out the sexual fantasies of the rich and famous. No one is quite sure how Epstein acquired his vast fortune.

Various high-profile people, including the late physicist Stephen Hawking, actor Dustin Hoffman, former British Prime Minister Tony Blair, and Clinton himself – to name a few – have either visited the island or flown on Epstein’s “Lolita Express” jet, where it is believed debauched sex parties take place. Trump allegedly traveled on the plane at least once.

According to a 2016 Fox News report, court documents show Clinton flew on Epstein’s plane at least 26 times between 2002 and 2003, at times ditching the secret service. Clinton issued a statement this week denying any knowledge of Epstein’s “terrible crimes,” claiming that he only took “a total of four trips on Jeffrey Epstein’s airplane” from 2002 until 2003.

One of Epstein’s alleged victims, Virginia Roberts-Giuffre, says she met him at President Trump’s Mar-a-Lago estate when she was just 16 years old.

Now in her thirties, Roberts-Giuffre has long claimed Epstein’s girlfriend at the time recruited her and groomed her to be part of his underground empire.

“It wasn’t just sexual training,” Roberts-Giuffre said, “they wanted me to be able to cater to all the needs of the men they were going to send me to..I was trained to be ‘everything a man wanted me to be.’”

Fox News commentator Alan Dershowitz, Epstein’s lawyer at the time, and Britain’s Prince Andrew were two of Epstein’s friends Roberts-Giuffre said she was forced to have sex with.

Both men have denied the allegations.

Prosecutors raided Epstein’s New York mansion Saturday and discovered “an extraordinary volume of photographs of nude and partially-nude young women or girls.” The photographs, stored on CDs, were locked in a safe and were of what appeared to be “underage girls,” according to authorities.

Trump, who has known Epstein since the late 1980s, said in 2002 that he was a “terrific guy.” On Tuesday, he said he had a “falling out with him” and that he hasn’t spoken to Epstein in 15 years. “I was not a fan of his,” he added. Court documents from 2011 indicate Trump barred Epstein from Mar-a-Lago after he sexually assaulted an underage girl.