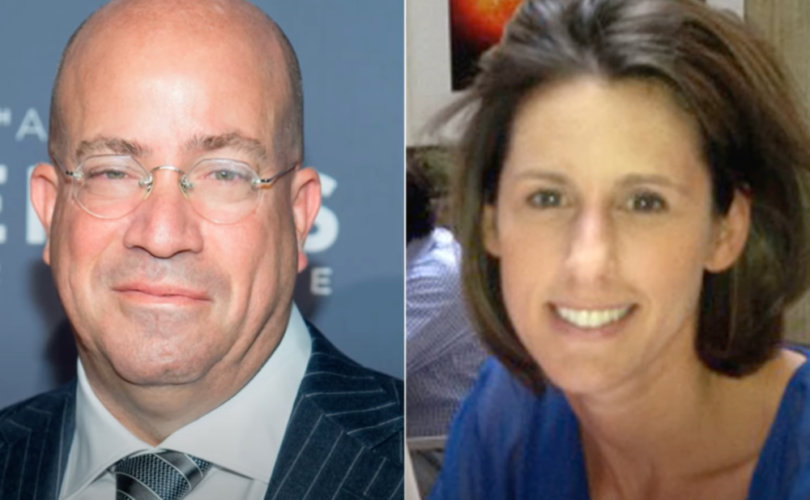 (LifeSiteNews) — CNN’s president has resigned after failing to reveal a relationship with a colleague, as the fallout continues following anchor Chris Cuomo’s fall from grace.

Jeff Zucker, CNN Worldwide president since January 2013, resigned Wednesday, pointing to a previously undisclosed relationship with a subordinate at the left-wing media company.

“As part of the investigation into Chris Cuomo’s tenure at CNN, I was asked about a consensual relationship with my closest colleague, someone I have worked with for more than 20 years,” Zucker announced in a statement. “I acknowledged the relationship evolved in recent years. I was required to disclose it when it began but I didn’t. I was wrong. As a result, I am resigning today.”

In a statement Gollust claimed that “our relationship changed during COVID. I regret that we didn’t disclose it at the right time.” However, the New York Post reported that “TV insiders” have long been calling them “the odd couple,” with an “NBC insider” telling the Post that their relationship  was common knowledge during the pair’s time at NBC.

Former CNN contributor Roland Martin also slated Gollust’s claim, calling it an “open secret at @CNN that Jeff Zucker and Allison Golust, who he hired as head of communications, were having an affair. I was only there with them for four months in 2013 and knew. NBC folks knew when they worked together there. @katiecouric intimated that in her book!”

Numerous details of the pair’s reputed long-term relationship have been extensively reported on.

With many rejecting the claim that the affair developed recently, a number of reporters have pointed to details as yet unrevealed, including a possible link to the Cuomo brothers as the underlying reason for Zucker’s resignation.

People inside the building already have busy thumbs and there’s much more to this Zucker story that goes well beyond a consensual relationship with a colleague. A few folks close to the former CNN president should be very nervous right now.

Everyone who needed to know about Zucker’s relationship with Gollust already knew. So the question is what JUST happened, and – perhaps most importantly – what else there is, that resigning immediately will keep from getting out.

Donald Trump also weighed, calling Zucker a “world-class sleazebag,” and saying the CNN president had been “terminated for numerous reasons, but predominantly because CNN has lost its way with viewers and everybody else.”

Zucker, Gollust and the Cuomos

The revelations concerning Zucker and Gollust came about as part of the Chris Cuomo investigation currently ongoing, as noted by Zucker.

Zucker fired then-CNN anchor Chris Cuomo in December, after documents revealed that the news anchor had played “a greater level of involvement in his brother’s efforts” than the network was previously aware of.

Chris’ elder brother Andrew Cuomo, New York governor since January 2011, resigned in August after prosecutors said he “sexually harassed multiple women and violated state law.” Andrew Cuomo now stands accused of sexual harassment by two more women, for a total of thirteen women, and has been accused of creating a culture of “fear and intimidation.”

Numerous emails and text messages show that Chris Cuomo told one of his brother’s senior aides, “Please let me help with the prep,” and that he “pledged to contact other U.S. media outlets in order to try to learn of other allegations that were forthcoming,” the BBC said.

Such communications directly contradicted what Chris Cuomo stated on CNN in August: “I never made calls to the press about my brother’s situation.” Chris Cuomo claimed after his firing that Zucker knew of his defense of Andrew Cuomo, with a spokesman telling the Wall Street Journal “there were no secrets about this, as other individuals besides Mr. Cuomo can attest.”

As LifeSiteNews noted at the time, Cuomo’s termination by the network marked a step change in procedure following CNN’s previous support of Cuomo’s glowing praise of his brother’s leadership, as well as its support of his advising his brother’s staff once sex abuse allegations emerged.

Gollust is also linked to the Cuomo family, having served as communications director for Andrew Cuomo for four months in 2012 and 2013 before moving on to CNN.

As CNN’s ratings continue to drop, the network also continues to be embroiled in sex scandals. Days after Chris Cuomo was fired, one of his close colleagues, senior CNN producer John Griffin, was arrested for attempting to entice young girls to engage in illegal sexual activity, for which he could face at least 30 years in prison. Griffin was subsequently fired by the network, and CNN reported that Griffin had allegedly paid for and kept an online profile on a sexually explicit website for several years.