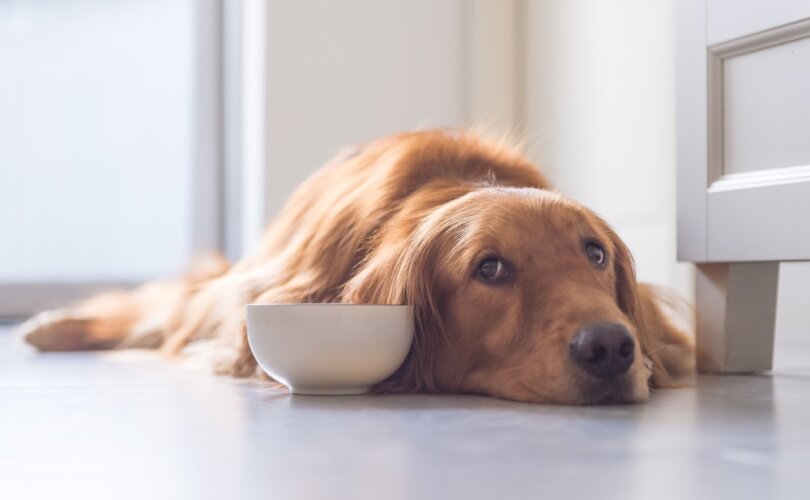 (LifeSiteNews) — Americans should consider purchasing smaller breeds of household pets and feeding them an “insect-based” diet to help curb their alleged influence on the climate, according to a CNN article that circulated on social media last week. The recommendation comes as activists have ramped up calls to normalize bugs and synthetic meat not only in pet diets but in human diets as well.

“Our four-legged friends don’t drive gas-guzzling SUVs or use energy-sucking appliances, but that doesn’t mean they don’t have a climate impact,” CNN suggested in its September article entitled “Our pets are part of the climate problem.”

According to “researchers,” CNN said, dogs and cats “play a significant role in the climate crisis.”

The article, which generated backlash on social media last week after CNN posted a link to it on Twitter, suggested that it’s not so much the pets themselves but their “meat-heavy diet” that “is the biggest contributor to their carbon pawprints.”

Though told not to “​​panic,” and that “[b]idding farewell to your best friends is not the answer,” readers were advised to consider buying “smaller breeds or species” of pets “if you’re aiming to minimize your impact on the planet,” since a “Chihuahua’s carbon pawprint will be much smaller than a Saint Bernard.”

Moreover, while the piece notes that cats are carnivores whose diet shouldn’t be stripped of meat, American dog owners are urged to consider swapping out their canines’ chicken, turkey, or beef-based kibble for “new food developments,” including “lab-grown meat” and “insect-based pet foods.”

“Insect-based pet foods can be nutritionally complete and are starting to come onto the market around the world,” Angela Frimberger, a veterinarian with Vets for Climate Action, told the outlet.

The piece highlighted a 2014 study that suggested not only that pets could be fed a diet supplemented with insect protein but that “[t]rends towards 2050 predict an increased demand for animal-derived protein sources for human foods due to the combined effects of human population increase and increasing standards of living in developing countries.”

CNN received extensive criticism for the article, with many Twitter users employing colorful language to encourage the outlet to stop targeting their pets. One user simply urged the left-wing news site to: “Leave Fido alone.” Another flagged a 2021 Spectator article that pushed a longtime left-wing talking point that having children exacerbates the so-called “climate crisis.”

Meanwhile, the news outlet’s novel recommendations for pet sustenance underscore broader efforts to normalize the consumption of crickets and “lab-grown meat” not just for dogs and cats but for people as well.

Last year, COVID-19: The Great Reset author Klaus Schwab’s World Economic Forum (WEF) argued that “we need to give insects the role they deserve in our food systems.”

Microsoft founder Bill Gates, who is considered the largest private owner of farmland in the United States and in 2019 invested $100,000 into an insect-farming start-up, last year stated that “all rich countries should move to 100% synthetic beef.”

Likewise, George Monbiot, a British writer and environmental activist, told Irish state-funded media outlet RTE in July that “we need to switch toward other sources of food,” arguing that “eating meat and milk and eggs is an indulgence we cannot afford.”

An August Business Insider video highlighting the work done at Entomo Farms noted that the inspiration behind cricket farming has to do with environmental “sustainability” and efforts to contend with alleged overpopulation.

“A lot of manufacturers and entrepreneurs were looking for safer, more sustainable protein sources to add to their product,” Lauren Keegan, vice president of sales and marketing at Left Coast Naturals and former CEO and adviser at Entomo Farms, told Business Insider.

“For us, it’s been quite a boon to our business as a result,” she said.