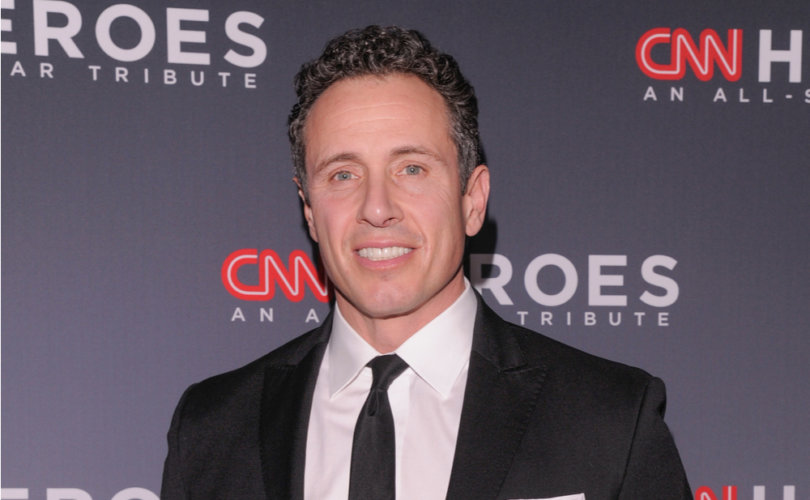 CNN said the documents, which were released by New York Attorney General Letitia James on Monday, show “a greater level of involvement in his brother’s efforts” than they were previously aware of. These efforts included “continuously press[ing] the governor’s staff to let him play a larger role in his brother’s defense,” the BBC reported.

Andrew Cuomo resigned in August after prosecutors said he harassed staff members. A state investigation in March concluded that he sexually harassed and groped 11 women working for him. He has since been accused of sexual harassment by two more women.

Numerous emails and text messages show that Chris Cuomo asked one of his brother’s senior aides, “Please let me help with the prep,” and that he “pledged to contact other U.S. media outlets in order to try to learn of other allegations that were forthcoming,” the BBC said.

The newly released documents contradict what Cuomo told CNN viewers in August when he claimed that “I never made calls to the press about my brother’s situation.”

CNN’s suspension of Chris Cuomo marks an about-face from the news network’s former support of Cuomo’s glowing praise of his brother’s leadership, as well as its support of his advising his brother’s staff once sex abuse allegations emerged.

In fact, CNN admits it broke its own rules in both instances.

“The documents, which we were not privy to before their public release, raise serious questions,” CNN stated Tuesday. “When Chris admitted to us that he had offered advice to his brother’s staff, he broke our rules and we acknowledged that publicly. But we also appreciated the unique position he was in and understood his need to put family first and job second.”

CNN continued, “However, these documents point to a greater level of involvement in his brother’s efforts than we previously knew. As a result, we have suspended Chris indefinitely, pending further evaluation.”

Chris Cuomo addressed his suspension publicly for the first time today on his SiriusXM radio program:

“It hurts to even say it, it’s embarrassing, but I understand it and I understand why some people feel the way they do about what I did,” Cuomo said. “I’ve apologized in the past and I mean it. It’s the last thing I ever wanted to do was compromise any of my colleagues and do anything but help.”

While CNN’s Brian Stelter speculated that Cuomo could return as early as January, a spokesman told Fox News Digital that nothing will be definitive until after a review.