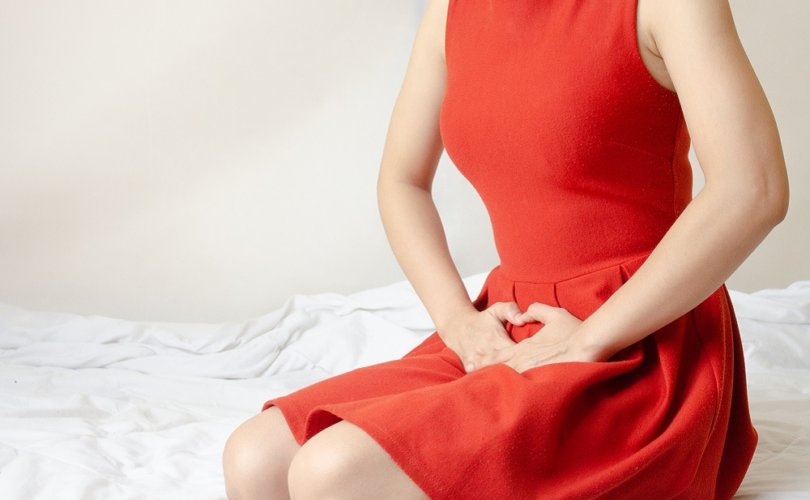 August 3, 2020 (LifeSiteNews) — In a report on cervical cancer screening, CNN refused to use the word “women” when describing people who need such screenings, using instead the phrase “individuals with a cervix.” Critics on social media quickly pointed out that the “woke” choice of words seemed like something out of a “Soviet internal memo” and that CCNN wanted to “cancel women.”

“Individuals with a cervix are now recommended to start cervical cancers screening at 25 and continue through age 65, with the primary human papillomavirus (HPV) testing every five years as the preferred method of testing,” opens the CNN report published Thursday.

The report was about updated cervical cancer screening guidelines issued by the American Cancer Society (ACS) in a paper called “CA: A Cancer Journal for Clinicians.”

The ACS paper that the CNN report is based on also uses an extreme form of “gender-inclusive” language, using the phrase “individuals with a cervix” and not mentioning “women.”

The “gender-inclusive language” in the report caught the attention of Catholic author Eric Sammons, who blasted the news network’s use of words as something out of a “Soviet internal memo.”

“CNN apparently wants to cancel women, but as a full-time writer/editor, I also find the woke need to use clunky language painful to behold. ‘Women’ is a beautiful word; ‘individuals with a cervix’ sounds like something you’d read in a Soviet internal memo,” tweeted Sammons this morning.

Lila Rose, founder and president of the pro-life group Live Action, took to Twitter as well to blast the CNN report.

“This language is objectifying and incredibly disrespectful to women,” tweeted Rose.

The CNN tweet of the report was met with mixed responses, with some replying by saying that the news report should have just used the word “women.”

“You could’ve just said Women,” said one user, which prompted someone to reply,  “its not just women.” This triggered another user to respond in defense of the first, saying, “yes it is.”

Another user replied to the CCN tweet by tweeting, “Women is not a dirty word.” Someone else who claimed, “Men can have a cervix too.”

Another user rebuked the “men can have a cervix” commenter by saying, “Only if you want all categories to become utterly meaningless and language to collapse as a functional tool for navigating social life. I could insist that my dog is a human being; don't make it true or useful.”

In its extreme form, “gender-inclusive” language can mean entirely replacing the words “male,” “female,” “man,” “woman,” “boy,” “girl,” and gender-specific pronouns with neutral words such as “everyone” and “they” or “their.”

This language is promoted by the pro-LGBT group GLAAD.

“How about using folks instead of guys? Or try using everyone instead of men or women. Addressing a more formal crowd? Try distinguished guests in place of ladies and gentlemen! It’s that easy,” suggests  GLAAD on its website.

The United Nations defines “gender-inclusive” language as “speaking and writing in a way that does not discriminate against a particular sex, social gender or gender identity, and does not perpetuate gender stereotypes.”

“Given the key role of language in shaping cultural and social attitudes, using gender-inclusive language is a powerful way to promote gender equality and eradicate gender bias.”

The U.N. guidelines list ways a person could write in English that limit, or eliminate, any reference to sexes.

Despite the CNN report going to the extreme in its omission of the word  “women” to describe those who have a cervix, there are some high-profile LGBT-supporters, such as the author of the Harry Potter novels, J.K. Rowling, who has spoken out against this extreme form of “gender-inclusive” language.

Rowling was hit with a barrage of backlash from the mainstream media, LGBT activists, and even stars of the film adaptations of the Harry Potter books for blasting an article from Devex titled “Opinion: Creating a more equal post-COVID-19 world for people who menstruate.”

She responded to the report on Twitter, saying, “‘People who menstruate.’ I’m sure there used to be a word for those people. Someone help me out. Wumben? Wimpund? Woomud?”

Rowling then went on to say in a follow-up tweet that “if sex isn’t real, there’s no same-sex attraction.”

Shortly after her social media message, Rowling published a lengthy essay in which she defended her social messages. In her essay, she wrote about why she opposes the transgender agenda and added that she refuses to “bow down” to it despite massive public pressure to capitulate.

Rowling also argued that trans activism has resulted in the “erosion of women’s and girls’ rights” and the erosion of what it means to be female.

“I’ve read all the arguments about femaleness not residing in the sexed body, and the assertions that biological women don’t have common experiences, and I find them, too, deeply misogynistic and regressive. It’s also clear that one of the objectives of denying the importance of sex is to erode what some seem to see as the cruelly segregationist idea of women having their own biological realities or — just as threatening — unifying realities that make them a cohesive political class,” wrote Rowling.

“But, as many women have said before me, ‘woman’ is not a costume. ‘Woman’ is not an idea in a man’s head. ‘Woman’ is not a pink brain, a liking for Jimmy Choos or any of the other sexist ideas now somehow touted as progressive. Moreover, the ‘inclusive’ language that calls female people ‘menstruators’ and ‘people with vulvas’ strikes many women as dehumanising and demeaning. I understand why trans activists consider this language to be appropriate and kind, but for those of us who’ve had degrading slurs spat at us by violent men, it’s not neutral, it’s hostile and alienating,” she added.

Rowling’s social media comments and her essay were both met with attacks by LGBT activists, including the LGBT rights organization GLAAD.